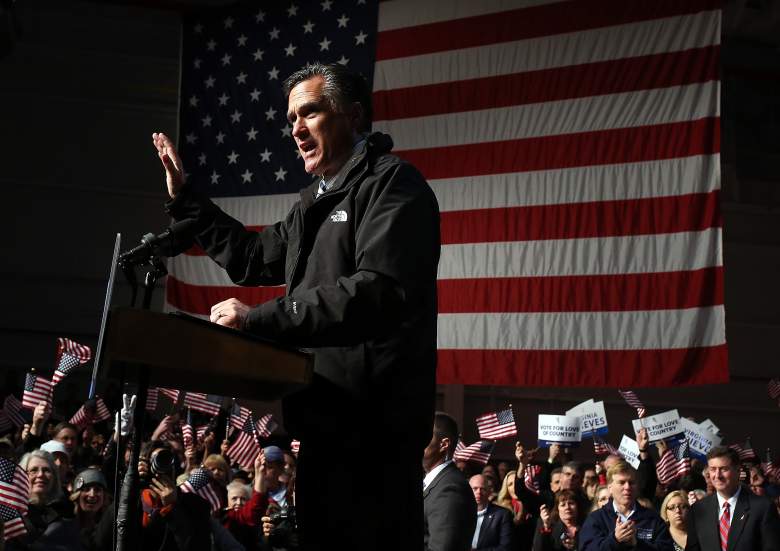 David French is not running for president. The conservative writer had been touted by Bill Kristol as having a real shot at winning the 2016 election, but French announced on Sunday that he will not in fact launch an independent bid.

For the Never Trump movement, all eyes turn back to Mitt Romney. At this point, he is essentially the only politician who could still throw his hat in the ring and stand a chance at defeating Donald Trump. There’s some precedent for something like this, as in 1992, Ross Perot ran an independent campaign that captured nearly 20% of the popular vote. In that case, though, neither of the other two candidates were as unpopular as Hillary Clinton and Donald Trump.

So what are Mitt Romney’s chances? Might he still run? Here’s everything you need to know.

1. Romney Continues to Speak Out Against Donald Trump 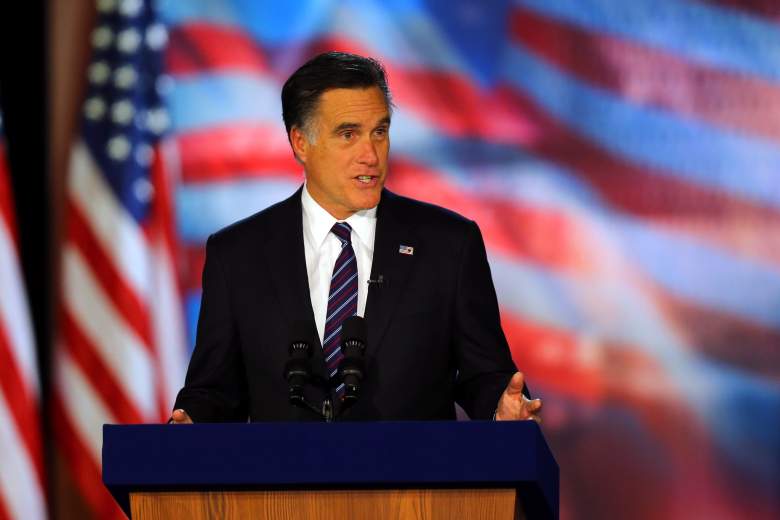 One reason Romney’s name keeps coming up in this conversation is that he has continuously spoken out against Donald Trump, saying Trump does not represent the values of the Republican party. This makes him one of the few politicians left who has not walked back his anti-Trump rhetoric; everyone from Paul Ryan to Marco Rubio, who were previously Trump detractors, have now backed their party’s nominee.

Back in March, Romney gave a 17-minute speech where he slammed Trump as a “phony” and a “fraud.” Since then, he has only doubled down on that.

“I know that some people are offended that someone who lost and is the former nominee continues to speak, but that’s how I can sleep at night,” he recently said. “And there are some people, though it’s a small number, who still value my opinion.”

2. He Won’t Vote for Donald Trump 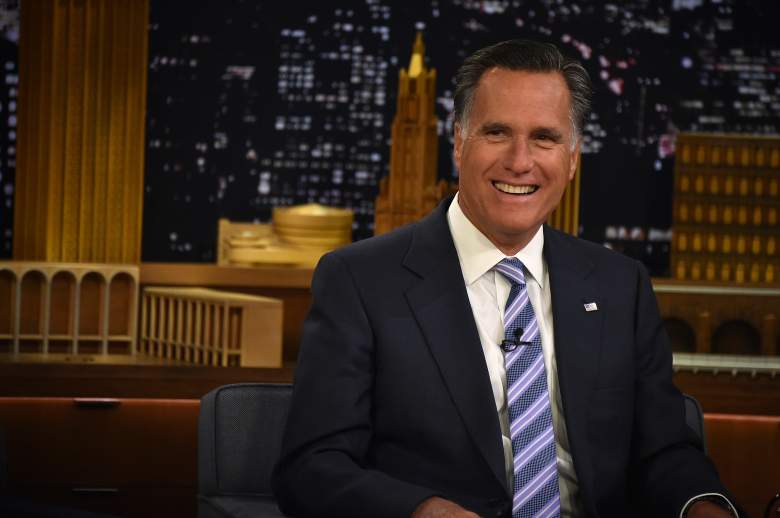 Not only does Romney continue to speak out against Trump, but he has made clear that he will be voting for neither Hillary nor Trump in the general election, which also makes him unique in the Republican party. Many of Romney’s peers continue to doubt Trump and his rhetoric while still saying they will vote for him in order to defeat Hillary Clinton.

“I don’t intend on supporting either of the major-party candidates at this point,” Romney said last month, according to the Washington Examiner.

In fact, hours after the news broke that David French might launch an Independent bid, Romney tweeted his support for the man, hinting at a possible endorsement.

3. He Has Said He Will Not Run 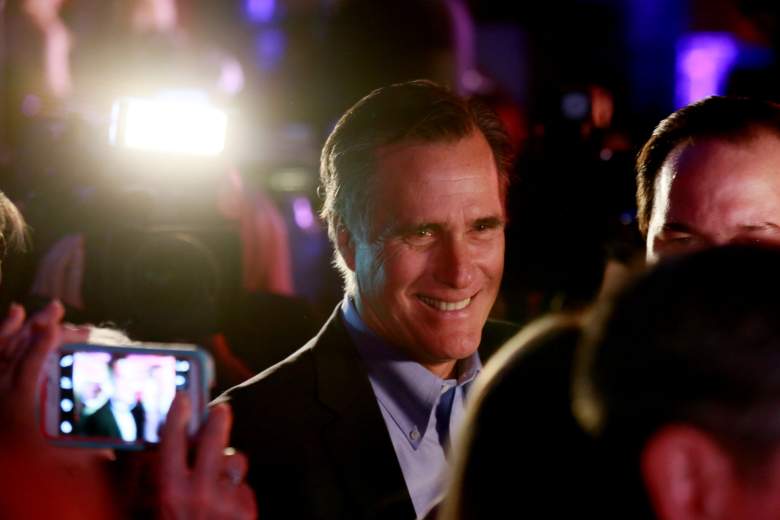 Romney has also said that he will not be running in the 2016 election. However, he certainly would not be the first presidential candidate in history to launch a bid after at first declining to do so, and the #NeverTrump movement does not appear to be finished with him.

In fact, last month Romney held a meeting with Bill Kristol, who has been desperately trying to recruit a third party candidate. Kristol later said in an interview that Romney, who at that point had already declined to run in the 2016 election, was still in the discussion.

“It was not like, ‘You should do it.’ I wouldn’t presume he’d do it. But I’m hoping that he begins to think about it a little more,” Kristol said. “His name is one of the names that is part of the discussion.”

4. Many Voters Want an Independent Candidate 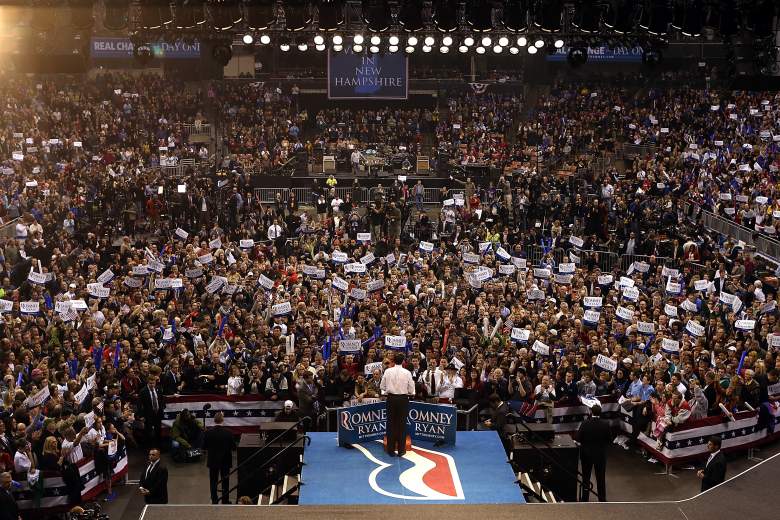 We know how Bill Kristol and Mitt Romney feel about the prospect of an Independent candidate, but what do voters have to say? One recent poll conducted by Data Targeting showed that many Americans want a third-party candidate to enter the race.

According to The Hill, the poll found that 55% of respondents favored having an Independent candidate challenge the current two nominees. In fact, 65% said they’d be willing to support someone other than Hillary Clinton and Donald Trump. 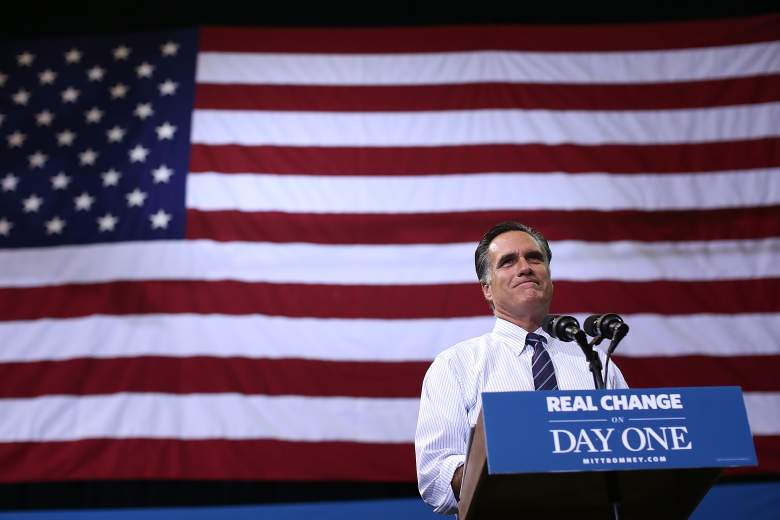 One reason many conservatives are anxious about a third-party candidate, particularly Romney, is that it could wind up ensuring a Hillary Clinton victory. That’s because Romney would likely split the Republican vote while not draining a whole lot of support from the other side.

In the Democratic race, many Bernie Sanders supporters have said they will not support Hillary Clinton in the general; one recent poll found that 25% of Sanders’ followers would not vote for the former secretary of state, according to The Hill.

The question, though, is would those voters actually consider going over to Romney, who shares very little in common ideologically with Sanders? It’s possible Romney could win over Independents, as he won among this group by five points in the 2012 election, according to Politico. But would it be nearly enough for the end result to not simply be a split of the Republican party while the Democrats mostly unite around Clinton?

After all, a May 2008 poll found that half of Hillary Clinton supporters said they wouldn’t vote for Obama over McCain in the general election, according to CNN. But according to the Pew Research Center, Election Day exit polls showed that McCain ended up capturing the votes of just 10% of Democrats, about the same as George W. Bush won over in 2004.

Loading more stories
wpDiscuz
16
0
Would love your thoughts, please comment.x
()
x
| Reply
Mitt Romney says he will not support Donald Trump in the general election. Could he still seek an independent bid?