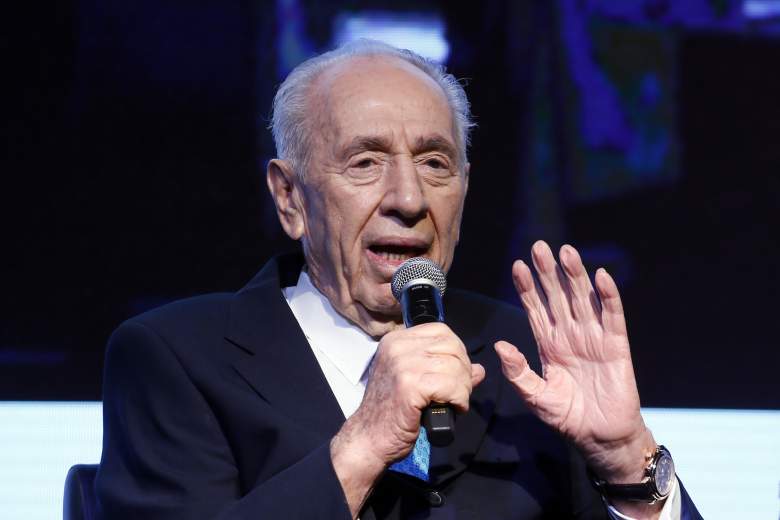 Shimon Peres, who was considered one of the fathers of the state of Israel, died on September 29, after a massive stroke on September 13. He was 93 years old.

According to the Independent, the Sheba Medical Centre announced that Peres died at 3:40 a.m. Wednesday morning. Prior to The Independent’s report, Israeli journalist Ari Kalman tweeted it. He later deleted his message at the request of Peres’ family. Lisa Daftari of Foreign Desk News cited a hospital statement.

Haaretz reports that he died surrounded by his family.

The Israeli government has also issued a statement:

The news came just a day after The Times of Israel reported that his family was called to his bedside, two weeks after the stroke. He suffered irreversible brain damage and sources told the site that doctors believed “these are the former president’s final hours.”

The Times of Israel also reported that he had stopped receiving treatment and was unconscious on Sunday. Prior to his stroke, he suffered a mild heart attack in January and had surgery to have an artificial pacemaker implanted in July.

Peres shared the 1994 Nobel Peace Prize with Yitzhak Rabin and Yasser Arafat for negotiating the Oslo Accords as Israel’s foreign minister at the time. He served as Prime Minister of Israel in 1977, 1984-1986 and 1995-1996. In 2007, he was elected the ninth President of Israel and retired from public service in 2014. As the Jerusalem Post notes, Peres retired just two weeks before he turned 91. 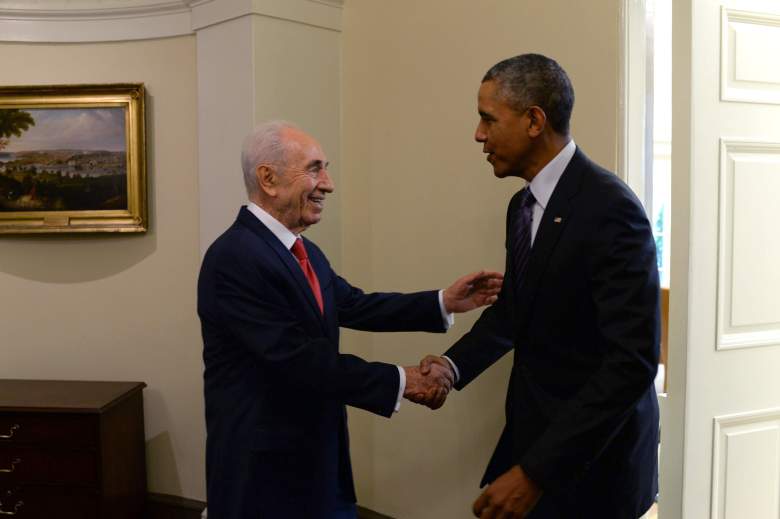 In 2014, Peres visited the White House when he received the Congressional Gold Medal from Congress. President Barack Obama presented him with the Presidential Medal of Freedom.

Peres was born in Wiszniewo, which is today in Belarus, on August 2, 1923. Two years after his father left for Tel Aviv, Peres and his family followed in 1934. He spent almsot seven decades in public service before retiring in 2014. As Haaretz noted, he wrote 11 books. His first role in public life was as secretary general of the Hanoar Haoved Vehalomed youth movement in 1941, and became the Israeli Defense Ministry’s director general in 1953, when he was only 29, as a protege of David Ben-Gurion. He first held elected office in 1959.

In 1996, Peres founded the Peres Center for Peace, which “develops and implements a wide range of projects involving thousands annually bringing together a diverse and multi-faceted spectrum of participants: Jews and Arabs, Israelis and Palestinians; old and young; women, men, children and youth; professionals and agents of change.”

Peres’ wife Sonia died in 2011. He is survived by three children and eight grandchildren.

In his statement on Peres’ death, Obama offered his condolences. He wrote:

A light has gone out, but the hope he gave us will burn forever. Shimon Peres was a soldier for Israel, for the Jewish people, for justice, for peace, and for the belief that we can be true to our best selves – to the very end of our time on Earth, and in the legacy that we leave to others. For the gift of his friendship and the example of his leadership, todah rabah, Shimon.

Loading more stories
wpDiscuz
5
0
Would love your thoughts, please comment.x
()
x
| Reply
Shimon Peres, the former Prime Minister and President of Israel, has died. Click to find out how the 93-year-old died.