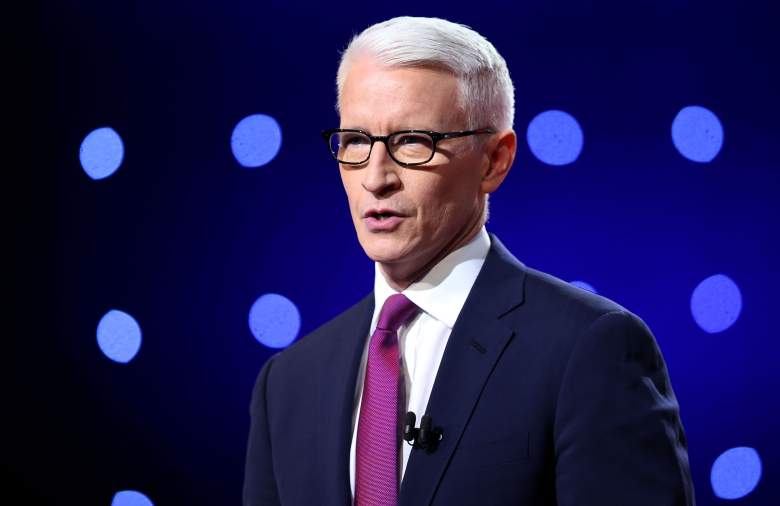 After the first presidential debate at Hofstra University, Republican candidate Donald Trump criticized the moderator, Lester Holt, accusing him of being biased. So during the upcoming second debate, there will likely be a lot of scrutiny placed on Anderson Cooper, the co-moderator of the event. Is Cooper going to be fair to both candidates? Is he unbiased? What are his political views?

Cooper, it turns out, goes to great lengths to ensure he stays unbiased. What political party does he vote with? Well, the answer is neither, because he does not vote at all. Cooper revealed in an interview with Howard Stern that he stays out of the electoral process entirely because he’s worried doing so would make him more favorable towards one side or the other.

“I don’t think reporters should vote,” he said. “…I’ve had the debate. There have been years where I have voted, because sometimes I’ve thought maybe I should, and then I’ve gone back and forth on it.”

Cooper went on to say that he certainly thinks the average citizen should vote, but he believes his role is to ask questions and he doesn’t want his questions to be colored by having a personal stake in the outcome of an election. And although he said he has voted in the past, it seems it’s been quite a while since he did, as he told Stern that he “honestly can’t remember” when he voted most recently.

When Howard Stern said that Cooper must have a political stance in his mind, Cooper responded that he thinks this is something a reporter needs to actively fight against.

Cooper has made similar comments in the past, previously saying in an interview with New York Magazine, “The whole thing about being a reporter is that you’re supposed to be an observer and to be able to adapt with any group you’re in, and I don’t want to do anything that threatens that.”

Throughout Cooper’s career, he has virtually never let a personal political opinion into his newscast, always remaining completely objective. But that’s not the same as not asking tough questions, and Cooper fully believes in holding politicians’ feet to the fire regardless of what party they’re in. During a particularly contentious 2013 interview with Republican Representative Raul Labrador, Cooper refused to back down while going after him.

“I don’t have a stake in this,” Cooper said. “This is the way it works in journalism. When you’re not on Fox News, you get contentious interviews. When you’re not on MSNBC and a liberal, you get contentious interviews. My job is to ask you questions that are different than you think, just as my next guest, who’s a Democrat, I’m gonna ask the same kinds of questions…that’s what a journalist does.”

And indeed, when Anderson Cooper hosted a Democratic presidential debate earlier in 2016, he hit those those candidates with tough questions as well, presenting Hillary Clinton with a list of some of her biggest flip-flops and asking her, “Will you say anything to get elected?”

One issue that’s certainly close to Cooper’s heart, though, is LGBT rights. Cooper is openly gay himself, and in June 2016, after the Pulse nightclub shooting in Orlando, Cooper famously went off on Florida Attorney General Pam Bondi for acting like a champion of LGBT Americans despite her anti-gay record.

“Had there been no gay marriage – had their been no same sex marriage – you do realize that…boyfriends and girlfriends of the dead would not be able to get information, and would not even be able to visit them in the hospital,” Cooper said to Bondi, who has fought against the legalization of same-marriage in the past. “Isn’t there a sick irony in that?”

Read More
2016 Presidential Election, Celebrities, CNN, Politics
Follow Heavy ↓
Discuss on Facebook
CNN anchor Anderson Cooper is the host of the second presidential debate. Is he unbiased? What are his political views? Does he lean left or right?