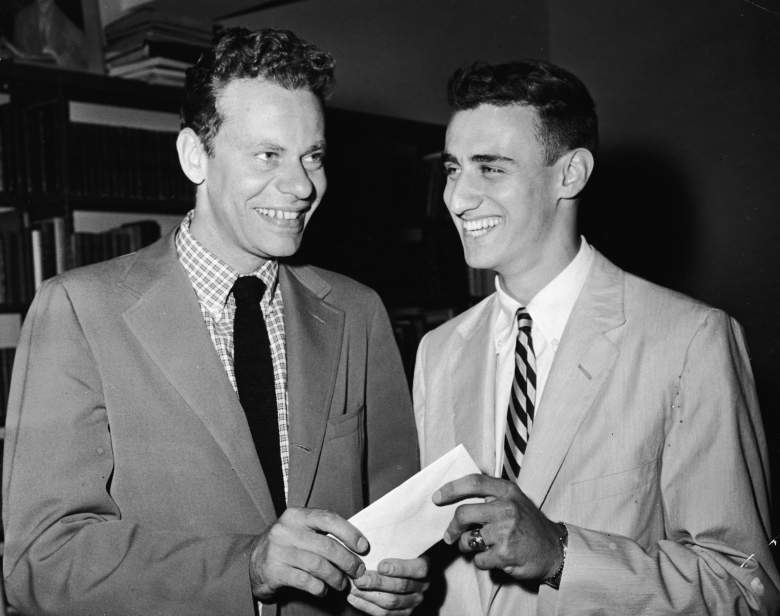 During his campaign rally on October 20, Donald Trump compared Hillary Clinton to Charles Van Doren, the 1950s TV quiz show star who admitted to knowing the answers to questions before they were asked during his incredible run on NBCs Twenty One. Trump’s comment came just after he accused Clinton of knowing the third debate questions ahead of time.

Read on to learn more about Van Doren, who is still alive at 90 years old, and where Trump might have heard this comparison first. The scandal is the subject of the Robert Redford film Quiz Show. 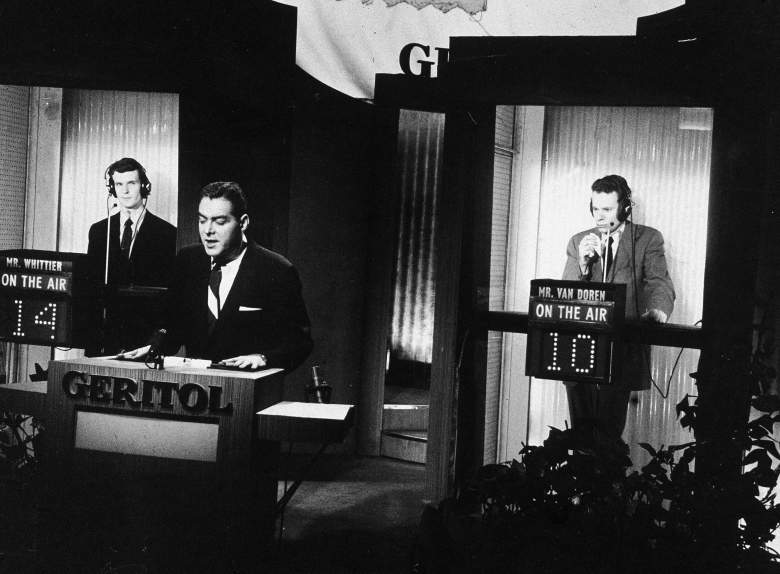 Trump wasn’t the first to compare Clinton to Van Doren from Rush Limbaugh. On his October 13 show, Limbaugh brought up the scandal because the latest WikiLeaks dump included evidence that DNC chairman Donna Brazile gave Clinton questions from a debate between her and Bernie Sanders before the debate happened. Limbaugh said:

It turns out that Mr. Van Doren was provided the answers to the questions at the game show, The $64,000 Question. They found it out through a long and arduous process. It was enough of a story that they made a two-hour movie out of it. Back then when you provided a contestant or a participant with the answers, careers were ruined, reputations were ruined, jobs were lost, and nobody involved got promoted to the White House.

Trump said the "Quiz Show" fraud was from the show the "$64k Question," but it was actually "Twenty One" 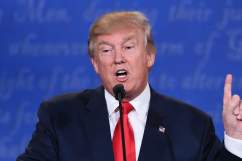 2. Van Doren Was a Highly-Educated Instructor From New York

Van Doren is the son of Pulitzer Prize-winning poet Mark Van Doren and his mother was a writer as well. He is highly-educated, attending Saint John’s college, Columbia University and the University of Cambridge.

He earned a master’s degree in astrophysics and a doctorate in English from Cambridge University in England. Before he went on Twenty One, he worked as an English instructor at Columbia University. 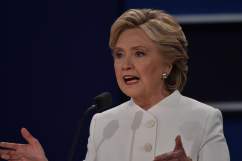 Van Doren’s winning streak on Twenty One began in January 1957 and continued for 14 weeks. He became so famous that he landed on the cover of TIME Magazine. He won $129,000 (nearly $1.2 million in today’s money) on the show, before losing in March 1957.

Shortly after he lost, NBC couldn’t let Van Doren go completely, so they hired him to be a Today Show co-anchor with a three-year contract. Hos job was as a news-writer and he would fill-on for cultural program host Dave Garroway when he was on vacation. 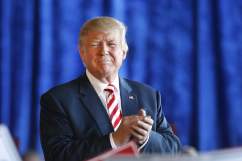 4. Van Doren Testified Before Congress, Admitting That He Deceived the Public

In November 1959, Van Doren testified before Congress, admitting that deceit was involved in the show. As the Washington Post reported at the time:

The 33-year-old scholar said that originally he had gone along with the “deceit,” partly to make knowledge popular, and then had kept it up because he couldn’t find any way out. He said he had told neither his family nor his lawyer about it until last month, when he decided the only way out was to tell the truth.

In his testimony, he admitted that he was “involved, deeply involved, in a deception.”

There may be a kind of justice in that. I don’t know. I do know, and I can say it proudly to this committee, that since Friday, October 16, when I finally came to a full understanding of what I had done and of what I must do, I have taken a number of steps toward trying to make up for it.

I have a long way to go. I have deceived my friends, and I had millions of them. Whatever their feeling for me now, my affection for them is stronger today than ever before. I am making this statement because of them. I hope my being here will serve them well and lastingly.

The rigging scandals were so widespread that Congress passed amendments to the Communications Act of 1934 to make it illegal to rig game shows. 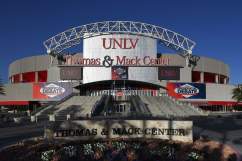 5. After the Scandal, Van Doren Became an Encyclopedia Editor & Was the Subject of Robert Redford’s ‘Quiz Show’

After the scandal, Van Doren made an attempt to return to academia. He found a job as an editor at the Encyclopedia Britannica. In 1962, he wrote “The Idea odd an Encyclopedia.”

In 1994, Robert Redford directed Quiz Show, a film about the scandal with Ralph Fiennes as Van Doren. According to The New York Times, co-producer Julian Krainin sent Van Doren a $100,000 contract to be a consultant on the film, but Van Doren declined.

In 2008, Van Doren finally agreed to write about the scandal in a New Yorker piece called “All The Answers.” He recalled being approached by producer Albert Freedman about being on the show. He wrote that Freedman told him that the show’s advertisers wanted to get Herb Stempel off the show and Van Doren was Freedman’s pick to do it. Stempel was played by John Turturro in the film.

Of course, I eventually saw the movie. I understand that movies need to compress and conflate, but what bothered me most was the epilogue stating that I never taught again. I didn’t stop teaching, although it was a long time before I taught again in a college. I did enjoy John Turturro’s version of Stempel. And I couldn’t help but laugh when Stempel referred to me in the film as “Charles Van F**king Moron.”