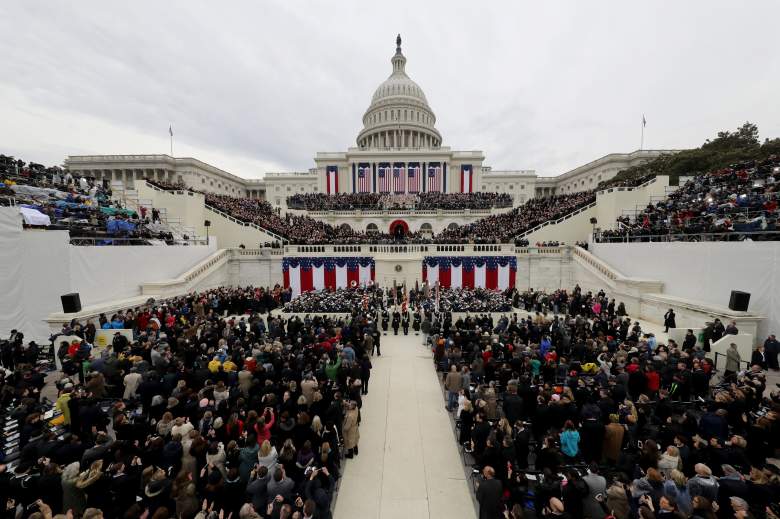 Hundreds of thousands of people show up for Trump’s inauguration. (Getty)

On Friday, January 20, Donald Trump was sworn in as the 45th President of the United States. There has been a lot of controversy about his presidency, including many performers who would not participate in his Inauguration concert and at least 60 Democrats who are boycotting his inauguration. But how were the numbers who attended his swearing-in ceremony as compared to former President Barack Obama in 2009 and 2013? Despite rumors that Trump’s inauguration had among the lowest turnouts in history, that didn’t end up being true, according to early estimates. Yes, Obama did bring in more people. Obama’s first inauguration was at least double the number of people who attended Trump’s today. But Trump’s inauguration surpassed the number who attended George W. Bush’s, and even the number who attended Bill Clinton’s second inauguration, according to crowd estimates. The question was renewed on January 21 when President Trump called out media sources for showing inaccurate photos of the crowds.

(See more photos comparing past inauguration crowds here. And to see more details about how many people watched the inaugurations, including live streaming numbers, please see our story here.)

Obama’s First Inauguration in 2009 Was Attended by More than 1.8 Million 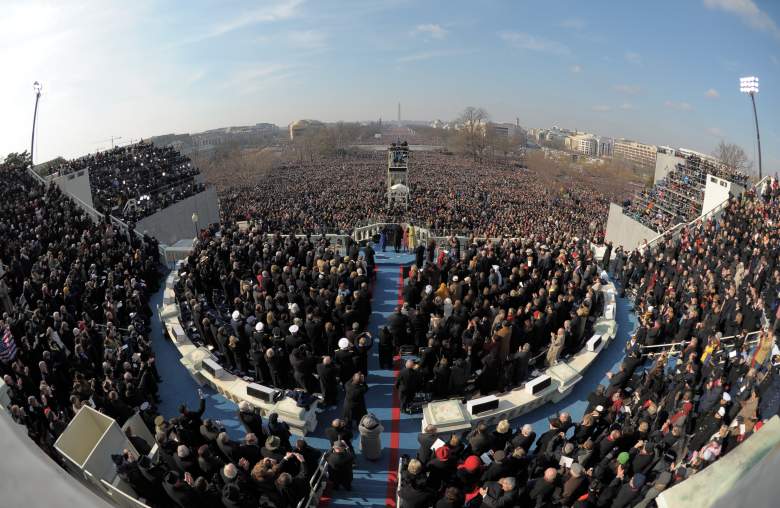 Barack Obama is sworn in as the 44th US president by Supreme Court Chief Justice John Roberts in front of the Capitol in Washington on January 20, 2009. (Getty)

Estimates of inauguration numbers aren’t an exact science. The National Park Service doesn’t release official estimates, ever since a dispute about how many attended a Million Man March in 1995. The Park Service was threatened with a lawsuit when they estimated 400,000 showed up to the Million Man March, while organizers believed that one million were there. After that, they stopped publicly releasing estimates. Now, estimates are given by law enforcement officials or federal officials, or organizers.

It’s important to note that not everyone agrees with the 1.8 million estimate, as Steve Doig, a journalism professor who specializes in measuring crowd size, told AP. But 1.8 million is the widely accepted turnout. 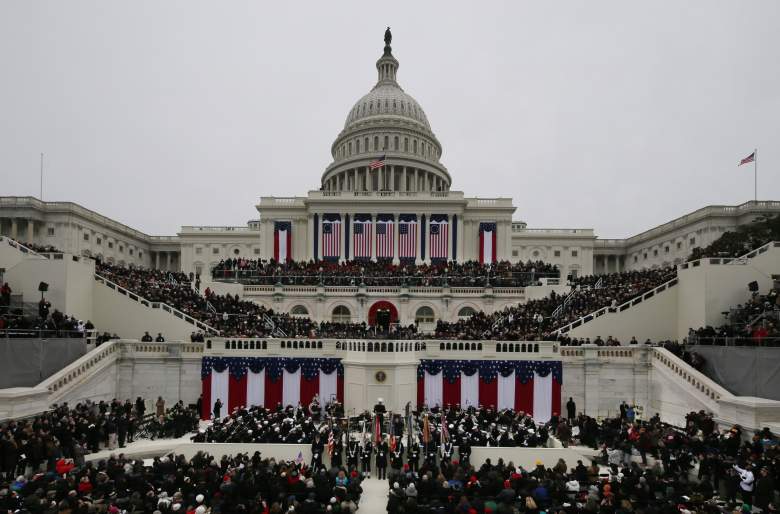 President Barack Obama waves to spectators after his speech at the ceremonial swearing-in at the U.S. Capitol during the 57th Presidential Inauguration on the West Front of the U.S. Capitol January 21, 2013. (Getty)

Early estimates for Obama’s second inauguration put the number at 500,000 to 700,000, CBS reported. But the White House, citing an inaugural official, later said that about one million people had shown up in person in 2013 to watch his inauguration. This is more than showed up for Trump’s inauguration. However, if current estimates of 900,000 end up being accurate, then it’s not a lot more.

Donald Trump’s Inauguration Was Attended by a Maximum of 900,000, But Some Estimated Fewer 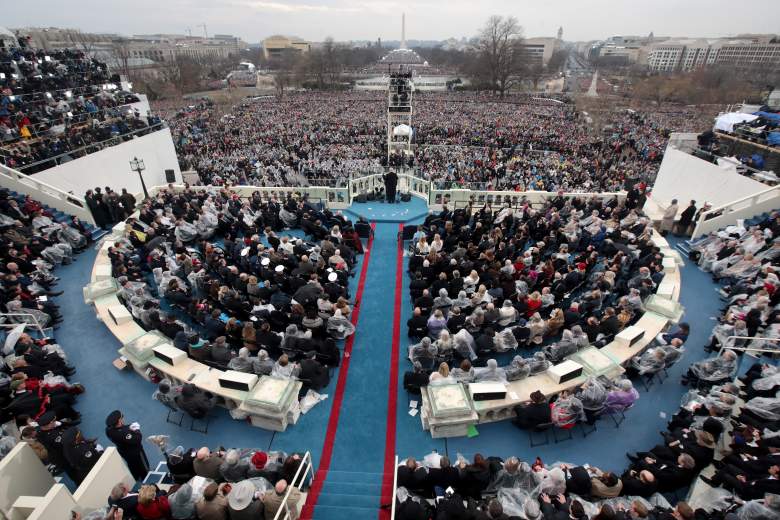 President Donald Trump delivers his inaugural address on the West Front of the U.S. Capitol on January 20, 2017. (Getty)

On Friday, January 20, officials began estimating early that Donald Trump’s inauguration was attended by about 900,000 people maximum. However, a more “official” tally has not yet been released and may be tough to obtain, since the Parks Service no longer gives official numbers. Others have estimated the attendance as being much smaller, but these estimates have not been verified. We’ll update this section if more verifiable numbers become available.

Earlier in the morning, the numbers for Trump’s attendance were looking small. DC Metro estimated that there were about 193,000 for Trump’s inauguration at a time when, in 2013, there were 317,000 for Obama’s second inauguration, and at the same time in 2009, there were 513,000 people. Trump’s numbers did end up growing, but they did not match the number who showed up for either of Obama’s inaugurations. 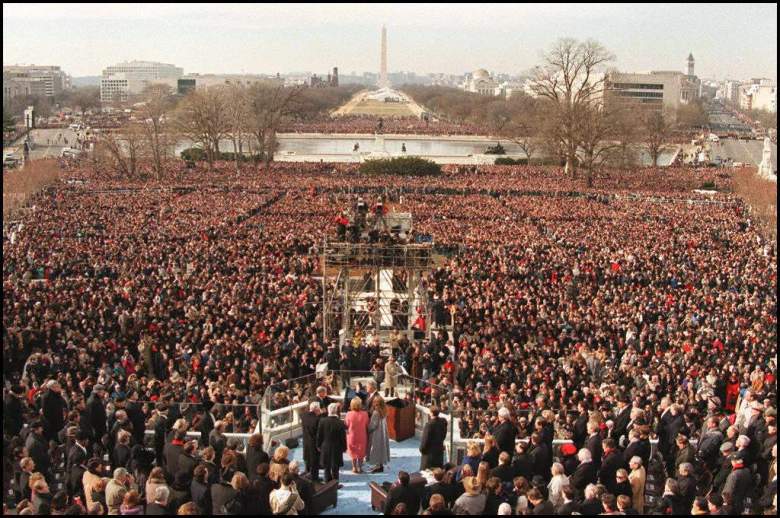 President Bill Clinton is sworn in 20 January on Capitol Hill in Washington, DC for his second term as US president. His second inauguration had among the lowest attendance in recent history. (Getty)