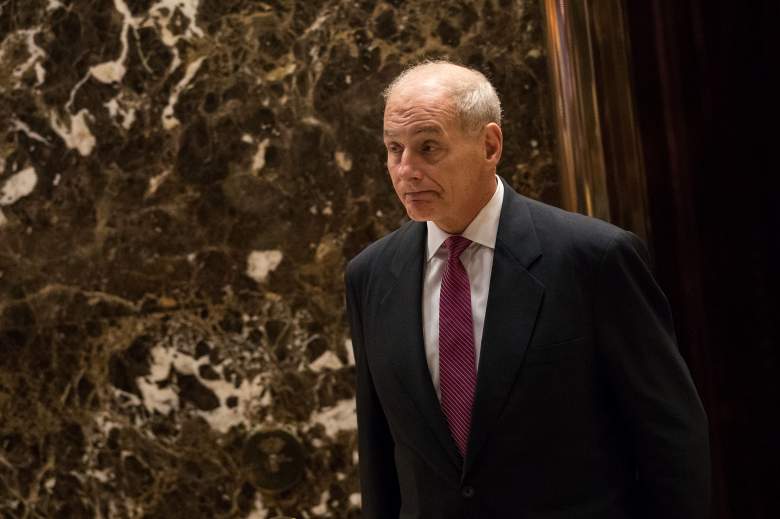 John Kelly is Donald Trump‘s Chief of Staff, after serving as Homeland Security Secretary for the ifrst six months of the administration. Kelly and Secretary of Defense James Mattis were the first Trump cabinet appointees confirmed by the Senate.

The 66-year-old Boston native is a retired Marine Corps general and was the Commander of the U.S. Southern Command under President Barack Obama from November 2012 to January 2016.

“I am humbled and grateful to be nominated to serve in President-elect Trump’s cabinet as Homeland Security Secretary,” Kelly said in a statement when Trump nominated him for Homeland Security. “The American people voted in this election to stop terrorism, take back sovereignty at our borders, and put a stop to political correctness that for too long has dictated our approach to national security. I will tackle those issues with a seriousness of purpose and a deep respect for our laws and Constitution. I am honored for the opportunity to be back in the service to our country, and our people.”

Kelly first joined the Marine Corps in 1970 and served in the Persian Gulf War and the Iraq War. Kelly is notable as the highest-ranking member of the military to lose a child in the military during the wars in Iraq and Afghanistan.

His son, Robert Michael Kelly, was killed in action in Afghanistan in 2010. Kelly’s son was 29 years old. Kelly’s eldest son, John Kelly, also serves in the Marines. He also has a daughter, Kathleen Kelly.

Kelly is marred to Karen Kelly, who established a scholarship in their son’s honor.

Here is a look at the career of John Kelly and why Trump picked him to be Homeland Security Secretary first.

1. Kelly’s Congressional Testimony About the Dangers of an Unprotected Border With Mexico Caught Trump’s Attention 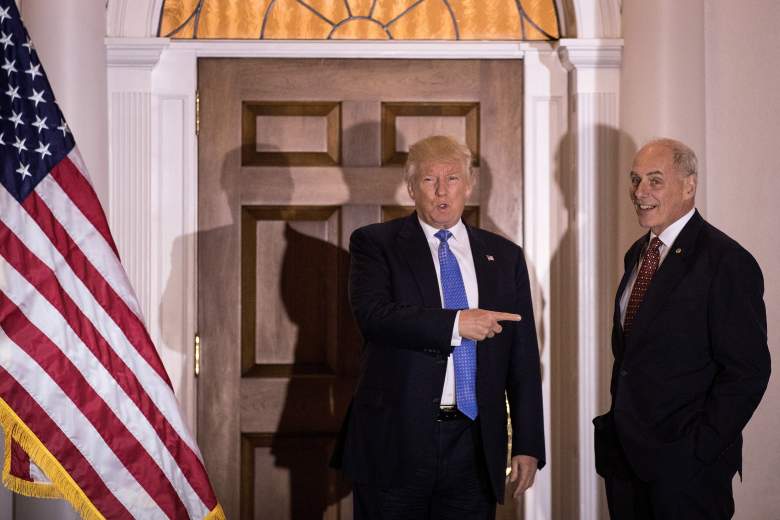 Sources close to Kelly told the Washington Times that his stance on protecting the U.S.-Mexico border was what really impressed Trump and Steve Bannon.

“In my opinion, the relative ease with which human smugglers moved tens of thousands of people to our nation’s doorstep also serves as another warning sign: These smuggling routes are a potential vulnerability to our homeland,” Kelly said during a Senate Armed Services Committee hearing in 2015.

Kelly even suggested that terrorist groups could take advantage of these smuggling routes to attack the U.S. However, he cited this as a reason why he supported Obama’s commitment to increase support to Central America. As Commander of the U.S. Southern Command, he oversaw the Defense Department’s activity in Central and South America. The command is also responsible for defending the Panama Canal.

“As I stated last year, terrorist organizations could seek to leverage those same smuggling routes to move operatives with intent to cause grave harm to our citizens or even bring weapons of mass destruction into the United States,” Kelly said in the testimony. “Mr. Chairman, Members, addressing the root causes of insecurity and instability is not just in the region’s interests, but ours as well, which is why I support President Obama’s commitment to increase assistance to Central America.” 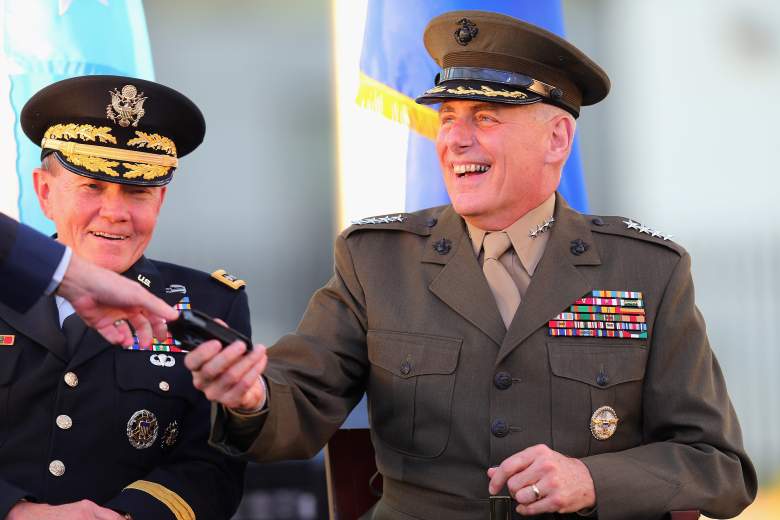 Kelly will not be the only retired general joining the Trump Administration. Trump also appointed General James ‘Mad Dog’ Mattis as Secretary of Defense, although Mattis will need a special waiver since he has been retired for less than seven years.

Mattis and Kelly are friends and served together, notes The Washington Post. While Mattis was the two-star general of the 1st Marine Division during the 2003 Iraq invasion, Kelly was Mattis’ one-star assistant commander. Sources told the Post that they each recommended the other for Defense Secretary when they met with Trump in November.

Kelly and Mattis will be joined by Ret. Lt. Gen. Mike Flynn, who Trump picked to be his National Security Adviser.

3. Kelly Said the Pentagon Will Be Under Pressure to ‘Lower Standards’ so Women Can Serve in More Combat Roles 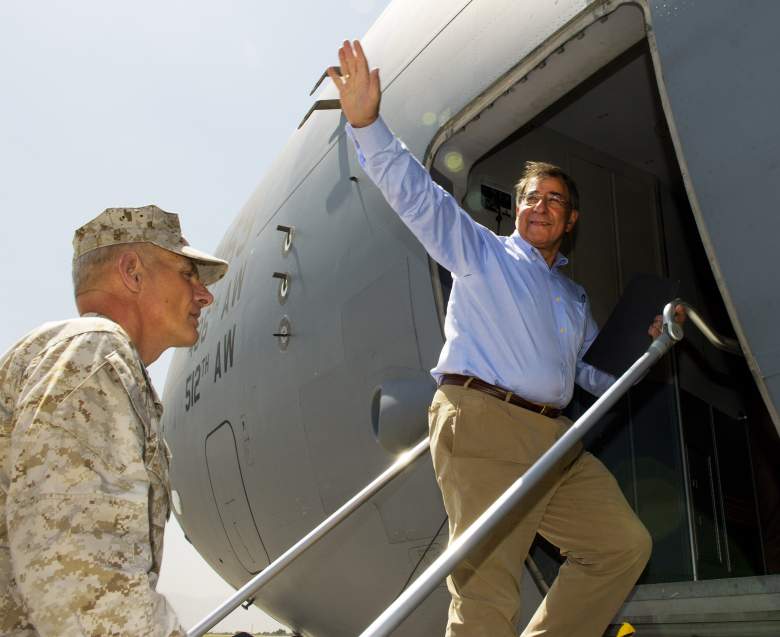 In December 2015, Defense Secretary Ash Carter announced that he has ordered all military jobs to be open to women, including more combat roles. He said this could be done without lowering standards to accommodate women.

“Implementation won’t happen overnight,” Carter said in a news conference. “And while at the end of the day this will make us a better and stronger force, there still will be problems to fix and challenges to overcome. We shouldn’t diminish that.”

However, in January 2016, Kelly told reporters that he was worried standards were being lowered to please “agenda-driven” people in Washington.

“I think it will be the pressure for not probably the generals that are here now, but for the generals to come, and admirals, to lower standards because that’s the only way it’ll work in the way that I hear some people, particularly, the agenda-driven people here in Washington — or in the land, the way they want it to work,” Kelly said when asked about Carter’s decision.

4. Kelly Warned Against a Political Pentagon & Doesn’t Care for the ‘Cesspool of Domestic Politics’

In an interview with ForeignPolicy.com in July 2016, Kelly warned against generals getting into politics and turning the Pentagon political. He called domestic politics a “cesspool” and said that, if appointed by a president, the president should never have “to ever think for a second that he’s getting anything but the absolute best military advice, completely devoid of politics.”

Kelly also said that both Trump and Hillary Clinton campaigns “don’t reflect reality” and whoever wins “will be in desperate need — and I mean desperate need — of military and foreign policy advice, because the world out there is just getting crazier and crazier.”

Kelly did get a taste of politics as the Marines’ congressional liaison and a senior military assistant to Robert Gates and Leon Panetta when they were Defense Secretaries.

In the ForeignPolicy.com interview, Kelly said during the campaign that he and other members of the military should not have jumped into the polital fray because “it just becomes a talking point on CNN.”

5. Kelly’s Son Robert Was Killed While Serving in Afghanistan in 2010

In 2010, Robert Kelly, Kelly’s youngest son, was killed while on patrol in Sangin, Afghanistan. He was leading the platoon and stepped on a hidden bomb, notes The Los Angeles Times. Kelly was the highest-ranking member of the military to lose a son during the Iraq and Afghanistan wars.

During his son’s funeral, Kelly asked people to “direct the majority of your prayers to his platoon of Marines, still in contact [with the enemy] and in harm’s way, and at greater risk without his steady leadership.”

In 2013, Kelly gave an emotional speech at the dedication of the Operation Enduring Freedom Memorial at the San Mateo Memorial Garden in Camp Pendleton, California. “From the bottom of my own broken heart, I’m sorry,” he said, reports the LA Times, adding that every soldier listed on the memorial joins an “unbroken list of heroes.”