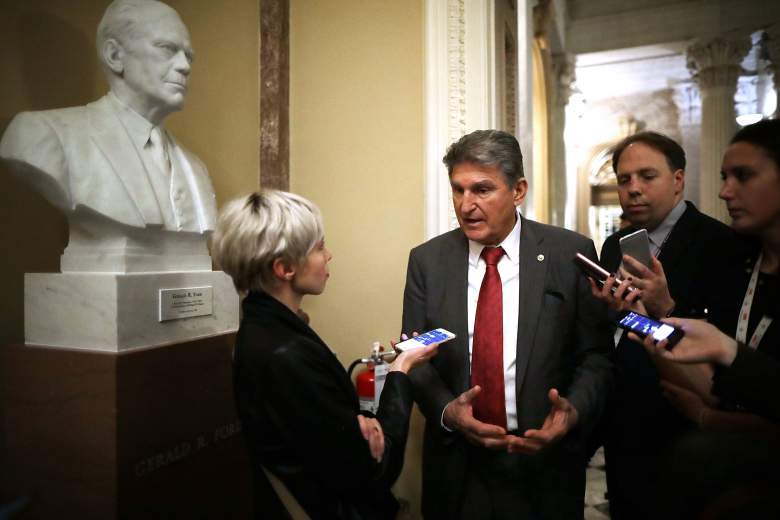 Sen. Joe Manchin (D-WV) (C) talks with reporters after he voted for Sen. Jeff Sessions (R-AL) to become the next U.S. Attorney General at the U.S. Capitol February 8, 2017 in Washington, DC. (Getty)

Manchin, 69, is a U.S. Senator from West Virginia, who is a former governor. Why would a Democrat vote for one of Trump’s most controversial nominees? For starters, Manchin is up for re-election in 2018 in a state that went overwhelmingly for Trump. Sessions was confirmed on a 52-47 vote (Sessions himself voted present.)

Manchin has referred to himself as a West Virginia Democrat, not a Washington one, and he’s developed a rapport with the president. Manchin has been described as one of the last “Blue Dog Democrats,” a group of Southern Democrats with some conservative positions, according to The Daily Caller.

The Sessions vote came after controversy erupted when Republicans silenced Democrat Elizabeth Warren for a speech in which she, in part, quoted Coretta Scott King, the wife of slain Civil Rights leader Martin Luther King Jr. Coretta Scott King had written a 1986 letter opposing Sessions’ unsuccessful nomination for a federal judgeship. Manchin is receiving strong criticism on Twitter for his Sessions vote, with some urging a primary effort against him, and others calling him a “traitor.”

1. Manchin Said He Would Give Trump’s Supreme Court Nominee a ‘Fair Chance’ & Has Praised Trump 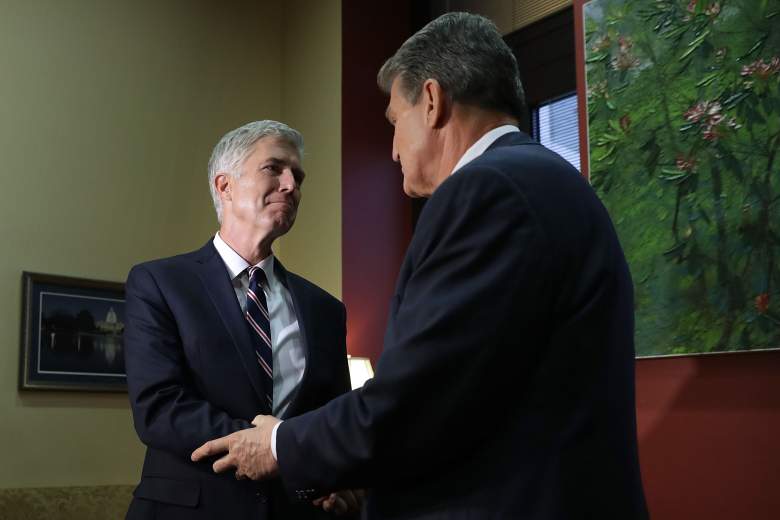 It’s not only Sessions. Manchin has indicated he’s open to voting for Neil Gorsuch, Trump’s nominee to the U.S. Supreme Court. The nation’s highest court currently has an ideological split, and Gorsuch has a conservative philosophy; he’s been compared to the late Justice and conservative stalwart Antonin Scalia.

Today I met with #SCOTUSnominee Neil Gorsuch. I urge my colleagues to put partisan politics aside & allow the vetting process to proceed. pic.twitter.com/zsBaeWlTiX

TMZ cornered Manchin and asked him about Gorsuch, and he said, “everybody should get a fair chance,” before criticizing Republicans for bottling up Barack Obama’s nominee for the Scalia seat. Manchin said he would make a determination “based on the facts.”

Manchin has praised Trump as someone who gets things done and has criticized President Obama, once not attending a meeting Obama held with Congressional Democrats on Obamacare, The Daily Caller reported. Manchin criticized Democratic leader Harry Reid when Reid criticized Trump, saying Reid should let someone else take over in leading the party, according to the Daily Caller. 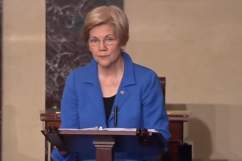 Betsy DeVos, President-elect Donald Trump’s pick to be the next Secretary of Education, testifies during her confirmation hearing. (Getty)

Manchin has not been voting for all of Trump’s nominees, however. He cast a vote against Betsy DeVos for education secretary. DeVos, whom Democrats strongly criticized for her support of school vouchers, was confirmed only when Vice President Mike Pence broke a Senate tie.

Manchin explained why he voted against DeVos by saying, according to WDTV, “Betsy DeVos has spent her career working to privatize public schools, not investing in and improving them. The policies that she supports would divert already very limited public funds to private schools, reduce accountability from those schools, and significantly harm the public school system in a rural state like West Virginia.”

He stressed that his opposition to DeVos was not personal, saying, “My opposition to Mrs. DeVos is not personal or political. It is principled. While she is Secretary of Education, I will continue to fight to protect funding for our schools and teachers and ensure equal access to a quality education for all of our students.”

3. Manchin Is a ‘Centrist’ From a State That Voted for Trump & Whose Daughter Was Caught up in Controversy 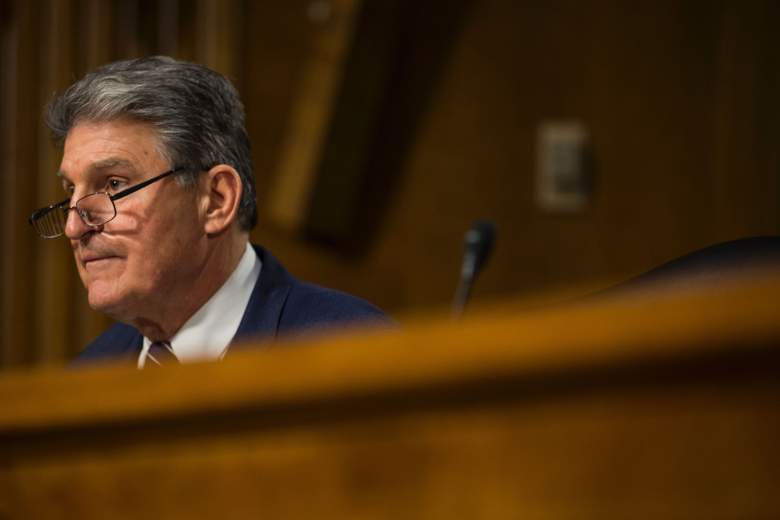 West Virginia went for Trump by a huge margin, 68% to 26%, meaning that Manchin has the luxury to split with Democrats more so than a politician in a Democratic leaning state would have. In fact, it could boost his re-election chances due to the lopsided way his state voted for Trump.

According to Fortune, Manchin is described as a “centrist.” He is also the only Congressional Democrat in West Virginia.

The Washington Post reported that Manchin’s daughter, Heather Bresch, was chief executive of the pharmaceutical company Mylan. The company fell under the scrutiny of Congress “over the high cost of EpiPens,” reported the Post. The company was accused of increasing “the epinephrine auto-injector by 400 percent since 2007. The device, which is used to treat severe allergic reactions, now costs more than $600 per dose,” The Post reported. 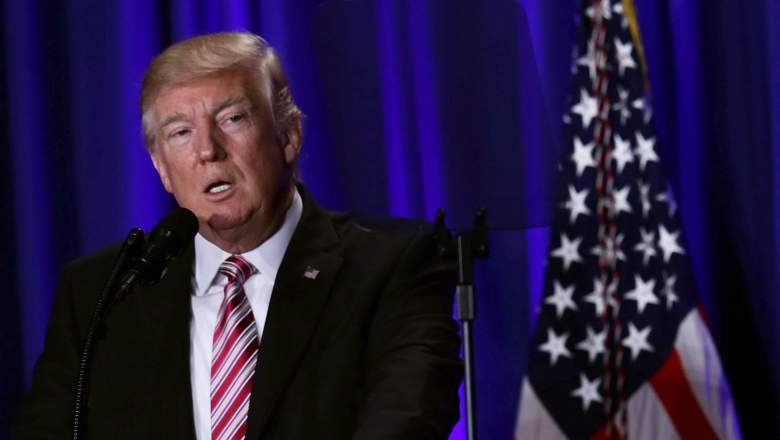 Manchin and the new president have developed a fast rapport.

According to Fortune, Trump and Manchin “call each other directly on their cell phones, have met at Trump Tower and even flirted with the idea of a Cabinet post.”

None of this is sitting well with some Democrats. This is how intense the anger is against Manchin on Twitter:

You just signed your pink slip! Vote him out! pic.twitter.com/GTTcJW0mrU

Fortune reported that Manchin plans to remain a Democrat but wants to find ways to “negotiate” with Trump.

5. Manchin Is a Former Governor Who Was Born in a Coal Mining Town 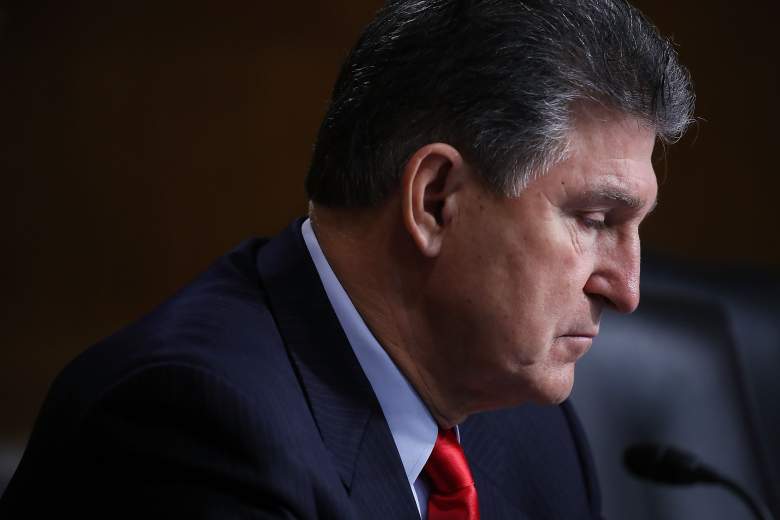 Manchin has been a U.S. Senator since 2010, when he took over the seat occupied for years by legendary Senator Robert C. Byrd, according to Manchin’s Senate biography.

The bio says that Manchin was born and raised in “the small coal mining town of Farmington” West Virginia. His grandfather, known as “Papa Joe,” was an Italian immigrant and the “town grocer,” the bio says. Hillary Clinton’s negative comments on coal were widely perceived as harming her in West Virginia. Clinton had said, according to Politico, “We’re going to put a lot of coal miners and coal companies out of business.”

Manchin started out in politics as a state legislator and then served as West Virginia’s governor for six years. He was also the state’s secretary of state.

Manchin was a businessman before he entered politics who attended West Virginia University on a football scholarship. The bio describes him as “an avid pilot, outdoorsman, hunter, angler and motorcyclist.”

He has been married to his wife, Gayle, for more than 40 years, and they have three children and multiple grandchildren.