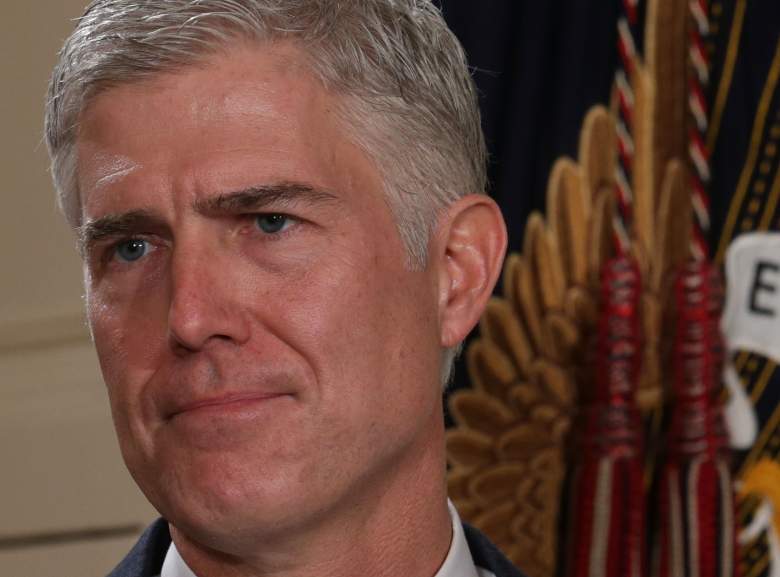 If Neil Gorsuch is confirmed by the Senate to become the next Supreme Court justice, he would be just the second Coloradoan to serve on the highest court in the country. The first was Byron Raymond White, who Gorsuch mentioned in his speech on January 31.

“I began my legal career working for Byron White, the last Coloradan to serve on the Supreme Court, and the only justice to lead the N.F.L. in rushing,” Gorsuch joked, referencing White’s career in the NFL long before he became a judge.

After White retired in 1993, Gosurch clerked for Justice Anthony Kennedy, who is still on the court today.

“He was one of the smartest and most courageous men I’ve ever known,” Gosurch said of White. “When Justice White retired, he gave me the chance to work for Justice Kennedy, as well. Justice Kennedy was incredibly welcoming and gracious, and like Justice White, he taught me so much. I am forever grateful. And if you’ve ever met Judge David Sentelle, you’ll know just how lucky I was to land a clerkship with him right out of school.”

Byron White and the Supreme CourtByron White served on the Supreme Court for 31 years, but before his appointment in 1962 he was a college and professional football player earning a great deal of national media attention. University of Chicago Law Professor Dennis Hutchinson looks at how Byron White's early celebrity shaped his career on the Court.2011-10-09T22:38:30.000Z

White was nominated to the Court by President John F. Kennedy and took office in 1962. He had the 12th-longest tenure on the court, retiring in June 1993. White, who served in the Pacific in World War II, died in 2002 at age 84 from pneumonia, USA Today reported in its obituary.

White is also a member of the College Football Hall of Fame and played for the Pittsburgh Pirates in 1938. He then went to Oxford, but returned to the U.S. at the start of World War II to attend Tale. He played for the Detroit Lions in 1940 and 1941.

White’s ideology was difficult to pigeonhole, which frustrated liberals. He wrote a dissent to Miranda v. Arizona and dissented in Roe v. Wade. White was also famous for not being a fan of “substantive due process.” In 1973, he joined the majority in the major Frontiero v. Richardson case, which ruled that military benefits can’t be detirmined on the basis of sex.

“Anyone who ever met Byron White will recall his painfully firm handshake: you had to squeeze back hard or he would hurt you. I always thought that an apt symbol for his role on this court: he worked hard and well, and by doing so forced you to do the same,” Antonin Scalia, who Gorsuch will be replacing, said in a statement at the time of White’s death.

Read More
Donald Trump, Politics, Supreme Court
If Neil Gorsuch is confirmed to the Supreme Court, he would be just the second Coloradoan to be on the highest court in the country. Find out who came first.