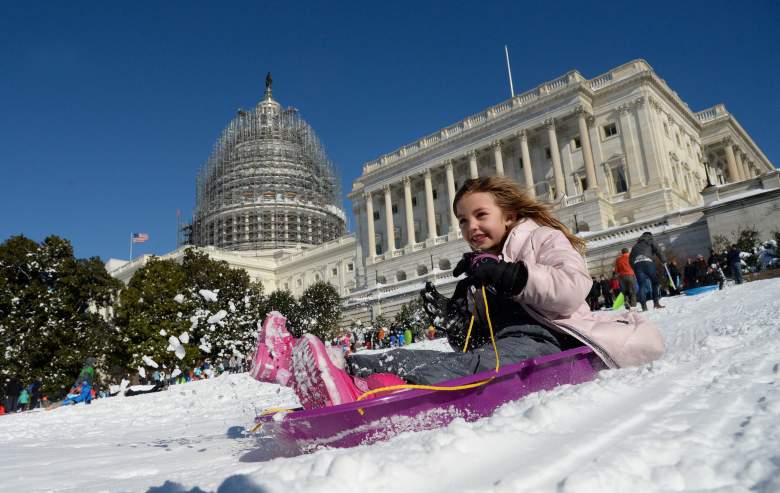 Winter Storm Stella is supposed to hit the tri-state area tonight and through tomorrow until Wednesday, March 15, 2017. For those tracking the storm or wondering how much snow shoveling they’ll have to do, we have a list of snowfall predictions in inches below, from Massachusetts to Maryland and more.

Allentown, Pennsylvania: Allentown is expected to get hit with 12 – 18 inches of snow during Winter Storm Stella, as reported by NJ.com.

Baltimore, Maryland: WBAL Baltimore predicts 6 to 12 inches of snow in Baltimore during the storm.

Boston, Massachusetts: The Boston Globe reports 12 to 18 inches to fall in MetroWest and the Merrimack Valley. The National Weather Service predicts just 4 – 6 inches in the Cape areas.

Dover, Delaware: According to NJ.com, Dover is expected to get approximately 2 – 3 inches of snowfall for the storm tomorrow.

Doylestown, Pennsylvania: For most of Pennsylvania, 12 – 18 inches is expected to drop during the storm and Doylestown is now different, as reported by NJ.com.

Farmingdale, New York: The National Weather Service has reported that the area should expect 12 – 18 inches of snow.

Mount Pocono, Pennsylvania: NJ.com reports that 12 – 18 inches are expected for the duration of the storm. The Poconos and Catskills in the New York area could get up to two and a half feet in snow.

New Haven, Massachusetts: An estimated 12 – 18 inches is predicted for the storm.

New York City, New York: Patch.com reports that NYC could face up to two feet of snow during the blizzard.

Philadelphia, Pennsylvania: Live! With Kelly stated on the show this morning that Philadelphia is reportedly getting 8 – 12 inches of snow tomorrow.

Rochester, New York: According to Democrat And Chronicle, the Rochester area can expect anywhere from 8 – 16 inches.

Toms River, New Jersey: NJ.com reports that just 4 to 6 inches will fall in the area.

Trenton, New Jersey: An estimate 8 – 12 inches of snow is expected to hit during the storm.

Washington D.C.: WTOP reports that an estimated 6 – 10 inches of snow is predicted for D.C. and the surrounding areas.

Plenty of areas will have accumulating snows over the coming days. Use this graphic to learn how to measure it well! pic.twitter.com/9nPuwjz8P0

Read More
Snow
wpDiscuz
0
0
Would love your thoughts, please comment.x
()
x
| Reply
With Winter Storm Stella upon us, many want to know how many inches or feet of snow to expect tomorrow on Tuesday. What are the predictions?