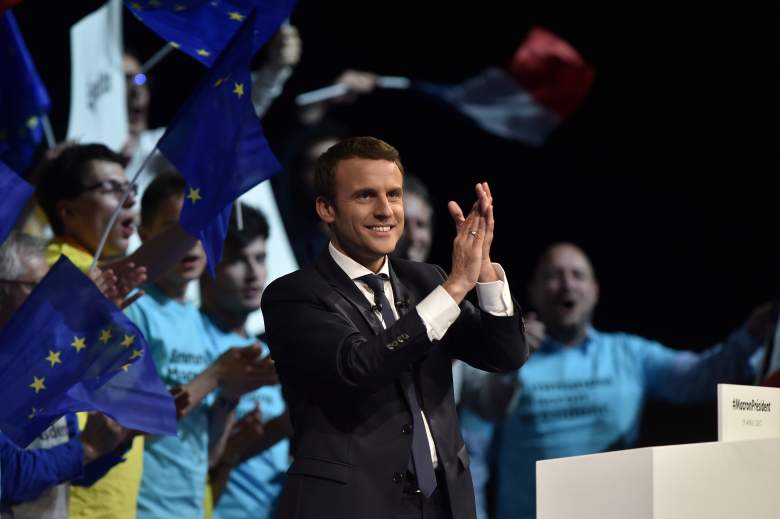 Emmanuel Macron applauds during a campaign meeting in Nantes, on April 19, 2017. (Getty)

Emmanuel Macron is the new president of France France.

Macron was one of 11 candidates in the 2017 France presidential election. The race was narrowed down in the run-off to Emmanuel Macron and Marine Le Pen, with Le Pen being a far right candidate whose rhetoric was reminiscent of Donald Trump’s. On May 7th, Macron easily defeated Le Pen.

Emmanuel Macron is a centrist who was endorsed by Barack Obama. So what are Macron’s stances on the issues? Here’s what you need to know.

1. He Is a Former Member of the Socialist Party But Is Now Running Under the Centrist “En Marche!” Movement 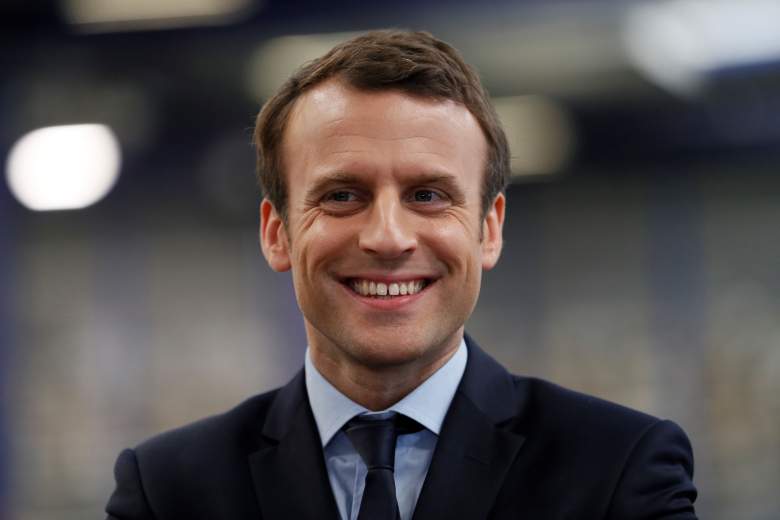 Emmanuel Macron on April 18, 2017 during his visit at the KRYS group’s headquarters in Bazainville, near Paris.
(Getty)

However, from 2009 to 2016, Macron did not associate himself with the Socialist party anymore, saying that he is an independent.

When he announced his bid for presidency, Macron formed his own political movement called “En Marche!” In English, this translates as “Forward!” Macron has described this organization as being post-partisan, combining elements both of the left and the right.

The candidate in this race who aligned most closely with Donald Trump was Marine Le Pen, who ran as part of the right-wing National Front party. Macron would align more closely with Hillary Clinton or Barack Obama, and indeed, Macron during the race spoke with Barack Obama over the phone and tweeted out video of the conversation. Later, Barack Obama offered an official endorsement.

Let’s keep defending our progressive values. Thank you for this discussion @BarackObama. pic.twitter.com/8rhNdHkLo8

Macron’s movement has been described as centrist populism, as opposed to Marine Le Pen’s far-right populism.

2. He is Pro European Union 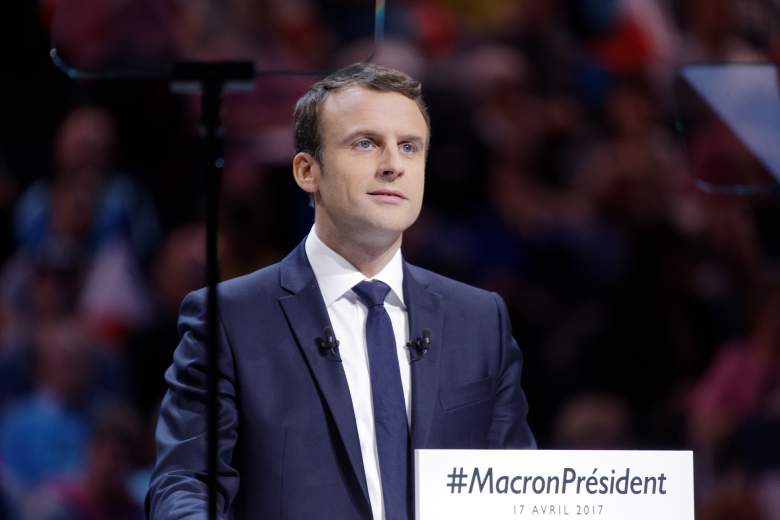 Emmanuel Macron delivers a speech during a campaign rally at Bercy Arena on April 17, 2017 in Paris, France.
(Getty)

Marine Le Pen promised to withdraw France from the European union just as Britain did in 2016.

“The French have been dispossessed of their patriotism,” she said in a speech, according to The Guardian. “They are suffering in silence from not being allowed to love their country…The divide is no longer between the left and the right, but between the patriots and the globalists.”

Emmanuel Macron, on the other hand, is pro European Union. He has, however, said he wants to make some changes so that the EU can be made stronger.

“I propose to restore the credibility of France in the eyes of Germany, to convince Berlin in the next six months to adopt an active investment policy and move towards greater solidarity in Europe,” Macron said, according to Express.

3. He Is For Strengthening Borders But Says France’s Security Policies Have Unfairly Targeted Muslims 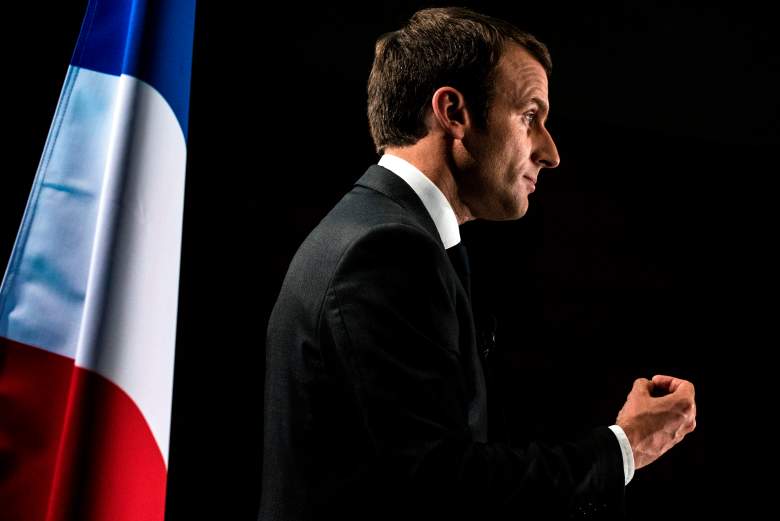 On the topic of immigration, Emmanuel Macron is for strengthening the European Union’s external borders and pushing for additional resources at the European Border, according to Politico.

However, he also says that security would “not be better served by closing national borders,” and he says that controls on migration should not be handled on a national level.

In addition, Macron has said that France’s security policies have unfairly targeted Muslims.

“No religion is a problem in France today,” Macron said during a rally in October 2016. “If the state should be neutral, which is at the heart of secularism, we have a duty to let everybody practice their religion with dignity.”

Marine Le Pen during the race promised to be extremely tough on immigration, ensuring that she will keep France France; her rhetoric was not dissimilar to Donald Trump’s during the 2016 election.

“Just watch the interlopers from all over the world come and install themselves in our home,” she said, according to The New York Times. “They want to transform France into a giant squat.”

Le Pen also spoke negatively about Muslims and said that she wants to ban all religious symbols in public places, including burqas. 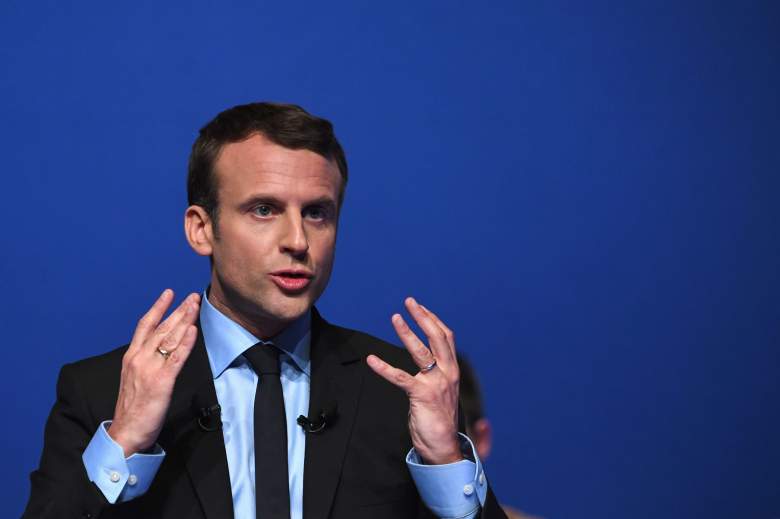 Emmanuel Macron during a campaign rally in Pau on April 12, 2017.(Getty)

Emmanuel Macron, who is a former businessman himself, says he will make France more business friendly and lower corporate taxes.

Specifically, Macron has promised to lower the corporate tax rate from 33 percent to 25 percent. He also wants to keep the legal work week at 35 hours but leave negotiation of real work hours to companies, according to Reuters.

In addition, low-wage earners would not receive certain welfare benefits under Macron’s proposals.

It’s for these positions that Macron has been criticized by some on the left. According to The New York Times, during a recent campaign event, Macron was heckled by a young man who said that he had “not a penny to pay for a suit like that one.” Macron responded by saying, “The best way to pay for a suit is to work,” to which the man replied, “I’ve worked since the age of 16.”

Macron’s platform also calls for €50 billion in public investments over the next five years.

5. He Wants to Increase Defense Spending & Is in Favor of Intervening in Syria 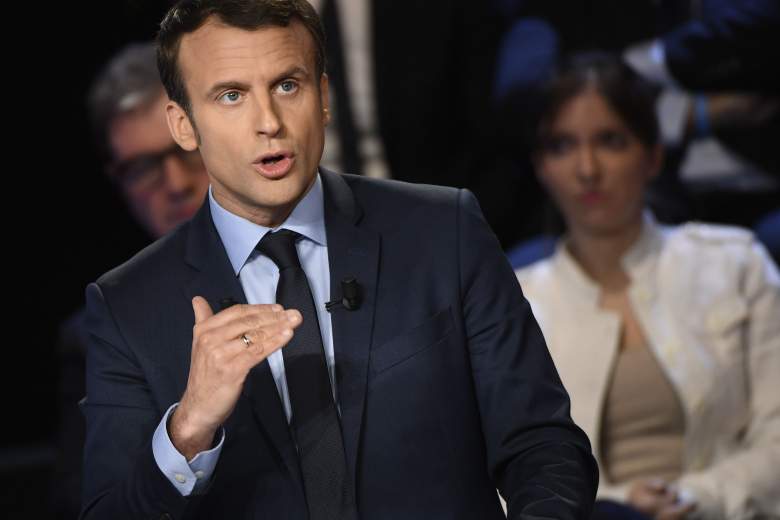 Emmanuel Macron speaks during a debate on April 4, 2017. (Getty)

Another one of Emmanuel Macron’s policy positions is that he wants to boost defense spending.

According to Reuters, Macron wants to raise defense spending to two percent of GDP, up from the current figure of 1.8 percent. Also, he wants to build 15,000 new prisons and hire 10,000 new police officers.

In addition, Macron recently said that there should be international military intervention if there comes to be evidence that Syrian President Bashar al-Assad used chemical weapons.

“An international intervention is needed…My preference is that there should be an intervention under the auspices of the United Nations. A military intervention,” Macron said in early April.

Macron had previously called for a more “balanced” policy towards Syria.

Read More
France, Politics
wpDiscuz
14
0
Would love your thoughts, please comment.x
()
x
| Reply
Emmanuel Macron is the new president of France. So where does he stand on some of the biggest issues of today?