One officer is listed in “critical, but stable” condition at a Dallas-area hospital after he was shot when responding to a reported suicide Monday.

Derick Lamont Brown, 36, has been identified by media reports as the suspect that opened fire on the male paramedic, who was responding to the emergency call with a co-worker.

Brown, who worked as a custodian in Dallas, was found dead by authorities with another male inside of a home near the scene hours after the shooting occurred. A civilian was also shot and wounded as part of the incident, and Mike Rawlings said that person is in the intensive care unit.

Brown had an extensive criminal record that included multiple weapon, drug and assault charges, ABC WFAA 8 reported. He was just released from jail two months ago and is the father of 18 children, family members told the news station.

According to The Dallas Morning News that Brown was once the chairman of the New Black Panther Party in Dallas.

1. Police Were Responding to a Reported Suicide When The Paramedic Was Shot By Brown

Officers and paramedics from Dallas Fire and Rescue were sent out to Reynolds Street at 11:31 a.m. Monday after they received a call of a shooting that was said to be a suicide, the city of Dallas said in a press release.

One civilian had reportedly already been shot when first responders got to the scene in East Dallas. Once they arrived and tried to treat the injured victim, Brown allegedly opened fire on EMTs with his pistol in the middle of the residential street. His gunfire hit the male paramedic and also the emergency response vehicle.

Brown reportedly continued shooting as police officers approached the scene. One officer put himself in harm’s way to pull the wounded paramedic away from further harm and into his squad car. Officials said that the officer rushed the paramedic to the hospital in his car, saving his life.

Right after doing so, Brown fled the scene on foot and police lost his whereabouts.

He was described by witnesses as being a bald, black male that was about 5-foot-8 and 195 pounds.

2. Police Went On a Manhunt & Found Brown Dead With His Roommate In a Home 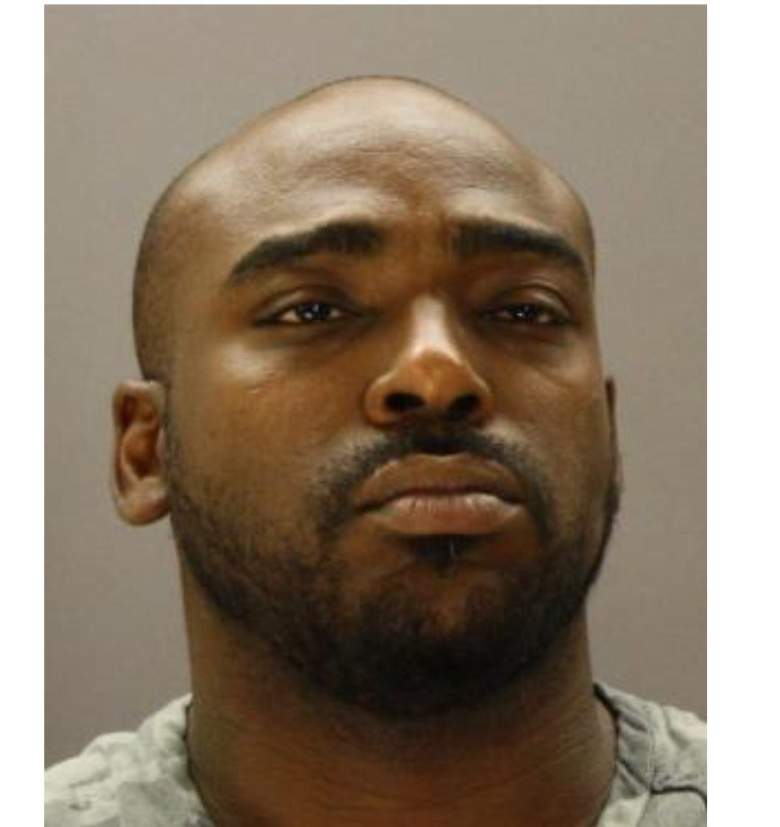 As the situation continued to unfold, officers lost track of Brown. They initiated a city-wide search for him that included armed officers going door to door.

That lasted several hours until they finally received a tip from a neighbor that said he barricaded himself inside of a home.

Residents nearby were urged to stay in their homes and several roads were closed while the manhunt continued and officers moved in on Brown.

Authorities said that they surveyed a home in the area where they believed Brown was and finally sent a police robot inside of it to investigate. Once inside the location, the robot located two deceased people — one of them being Brown. Police believe that Brown committed suicide once they closed in.

On May 2, Dallas Police and the FBI held a press conference to provide an update on the situation. It said that Brown was “acting erratically in his home” when he took his roommate, 67-year-old Arthur Riggings into a room in the back of the house and shot him dead.

Brown’s girlfriend fled the location after seeing what he had done and a neighbor that heard the gunshots came outside to confront him. Brown shot the 24-year-old Latino male.

When police and paramedics arrived on scene, they started treating the Latino male on the ground and Brown reportedly approached them and began to fire with a rifle.

3. Brown Has Previously Been Charged With Possession of PCP & a Gun

In 2008, Brown was apparently involved in a car accident in Dallas. When officers approached him, Brown said, “I’m high and I have a gun.” He was arrested and charged with felony possession of PCP and later pleaded guilty, getting two years probation.

In 2015, Brown got a concealed carry license in Florida, the same year he was involved in another car accident in Dallas. When officers approached his car this time, they said that they saw Brown “holding a loaded magazine” in one hand and a 9-millimeter semi-automatic handgun in the other, a criminal complaint obtained by WFAA said.

When officers approached his vehicle, they smelled what resembled PCP, and he was arrested for being under the influence of a narcotic in addition to an unlawful carry of a weapon by a license holder charge.

Most recently, Brown was pulled over for driving the opposite way in downtown Dallas. When officers approached him, he had bloodshot eyes and reeked of alcohol, an arrest warrant obtained by The Morning News alleged.

He resisted arrest by refusing to allow officers to handcuff him. Once they gained control, he refused to walk to the squad car. He was charged with resisting arrest and driving while intoxicated.

4. Brown Had 18 Children & Once Led the Local Black Panthers Party

While Brown’s motive for the shooting isn’t known, Rawlings said that he appeared to be “mentally disturbed.”

“I’ve studied suicide a lot, and if this is the man we think it was, it was a self-inflicted wound in the house,” one official said of the suspect’s death inside of the home. “We have a big issue in southern Dallas with mental health, and the best way to keep people safe is to keep trying to give them help.”

In addition to his mental condition and criminal past, Brown was reportedly on a watch list for previous anti-government activities.

Brown was reportedly the father of 18 children and worked as a janitor at Parkland Hospital in Dallas.

In the early 2000s, he was the chairman of the New Black Panther Party in Dallas. The Morning News interviewed Brown in 2004 when he was working in the capacity. He implored residents to stand up to police and fight back.

“We’re willing to defend by any cause and every cause,” he said in the article. “If that takes fighting back, Lord have mercy for me on what should happen on the streets, but I’m willing.”

5. The Injured Paramedic Is an 11-Year Veteran

Our thoughts & prayers are with @DallasFireRes_q William An & his family during his recovery. pic.twitter.com/wghLC6nqPF

The paramedic that was shot by Brown, William An, is said to be an 11-year veteran of the department. Authorities credited Dallas Police Sgt. Robert Watson for saving his life.

Officials said that Watson pulled the injured paramedic into his car and raced to Baylor University Medical Center at Dallas to get him emergency medical care.

#Breaking sources say this is DPD officer, Sgt. Robert Watson, who risked his life to save firefighter shot while responding to medical call pic.twitter.com/wKWLDZuvJY

Once at Baylor, he underwent multiple emergency surgeries in an attempt to save his life. He is in critical, but stable condition and was moved to the intensive care unit after surgery.

The Morning News reported that the paramedic, whose name hasn’t yet been released by police, suffered “significant blood loss” due to the shooting and went into cardiac arrest three times during surgery. One of the bullets reportedly pierced an artery and another shattered his leg.

Pughes thanked those who serve the community for their service at the early-evening press conference.

“We had a paramedic that worked with great vigor to take care of someone and had an officer that did the same every day,” he said. “They put their lives on the line, I’m so proud of them.”

Loading more stories
wpDiscuz
8
0
Would love your thoughts, please comment.x
()
x
| Reply
Derick Lamont Brown has been identified as the suspect in the shooting of a Dallas paramedic Monday. He was found dead inside of a home with another deceased male.