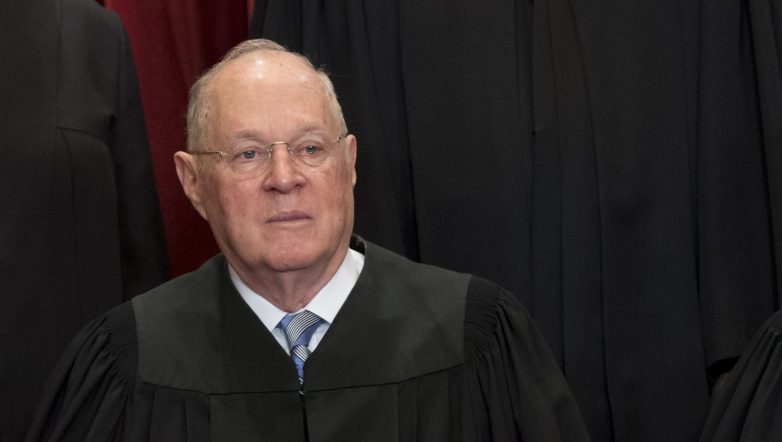 Is Supreme Court Justice Anthony Kennedy about to retire? (Update: This story was written in 2017. Kennedy didn’t retire then. However, the Associated Press reported on June 27, 2018 that Kennedy is retiring now. You can read about that announcement here.)

A Kennedy retirement would give President Donald Trump another nomination to the U.S. Supreme Court. Kennedy would be an especially critical appointment likely to spark a ferocious nomination battle. That’s even more true since the court in recent days before Kennedy’s retirement news broke 5-4 on crucial decisions, such as on public sector unions and Trump’s travel ban in a way that favored Trump.

1. The Court’s Last Week of Session & a Reunion Dinner Sparked the Kennedy Retirement Speculation in 2017 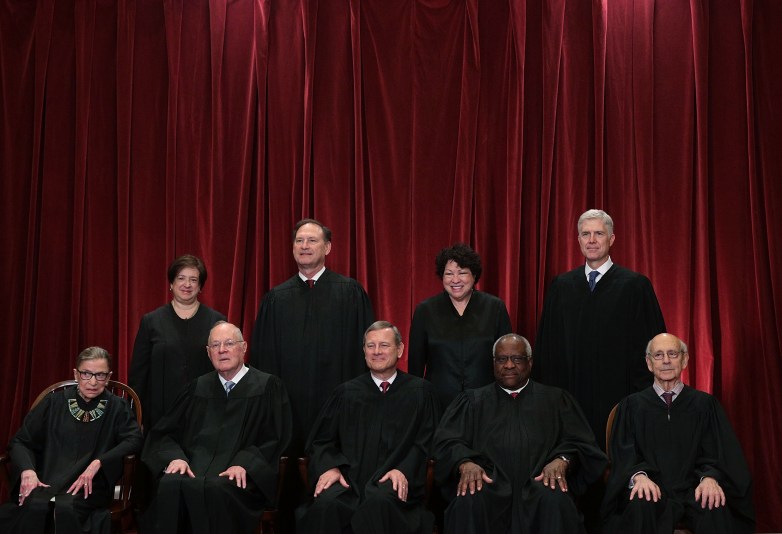 The final week of the Supreme Court’s session opened on Monday, June 26.

The big news out of the court on June 26, though, was its order that Trump’s travel ban could mostly take effect, although arguments are scheduled in October. Some argue that Kennedy would surely want to stick around for that.

The speculation increased when “dozens of Kennedy’s former law clerks traveled to Washington this weekend to participate in a private clerk reunion that occurs regularly.” That reunion had been pushed up a year, driving the retirement talk all the more.

Kennedy himself broached the rumors during the dinner.

At the end of the dinner on June 24, Kennedy joked that the real announcement was the “bar will be open after dinner.”

However, Above the Law notes that Kennedy made “forward looking” comments at the dinner, dampening the retirement speculation.

The blog cites two other factors as driving the retirement talk: “Not teaching in summer 2016 at McGeorge Law’s Summer Program in Salzburg, suggesting a possible slowdown for Justice and Mrs. Kennedy; and…hiring just one law clerk for the upcoming Term, October Term 2017.”

When Trump named Neil Gorsuch to replace Justice Antonin Scalia, he was replacing a conservative firebrand justice with a conservative justice, although Scalia and the more measured Gorsuch have different styles.

However, Anthony Kennedy is regarded as a centrist, swing vote on the court between its reliably liberal and reliably conservative planks. That means that a Trump nominee to replace Kennedy would likely fundamentally shift the court’s balance of power, shifting it to the right.

A decision that highlights Kennedy’s importance to the left as a swing vote whose philosophical allegiance is sometimes up in the air: Obergefell v. Hodges, which legalized gay marriage. Kennedy wrote the majority opinion for that 5-4 decision. In Boumediene v. Bush, also 5-4, he joined a majority that “declared foreign terrorist suspects held at Guantanamo had the right to challenge their detention in U.S. courts.” Kennedy has also sided with the liberal wing of the court on some death penalty cases.

On campaign finance, though, he’s sided with the right. Particularly controversial: The 5-4 decision in Citizens United v. FEC, which held “that certain spending restrictions — on unions, corporations and some other groups — for money that would promote political speech before an election, are unconstitutional under the First Amendment.”

3. Trump Could Theoretically Get Other Nominations Too

Trump is potentially positioned to get other U.S. Supreme Court nominations too, due to the age of some of the other justices on the court.

Ruth Bader Ginsburg, a reliably liberal justice, is older even than Kennedy. She was born March 15, 1933, making her 84-years-old and is the oldest justice on the U.S. Supreme Court.

The other justices are much younger. Thus, barring some tragedy, the Ginsburg and Breyer seats would be most likely to vacate, giving Trump two more chances to reshape the court in conservatives’ favor.

Ginsburg was twice diagnosed with cancer and also has had heart problems. However, she works out several times a week. You can learn more about Ginsburg’s health here: 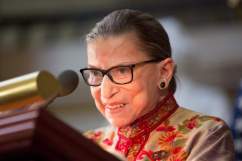 4. Trump Had a Short List of Replacements Before Picking Neil Gorsuch to Replace Scalia 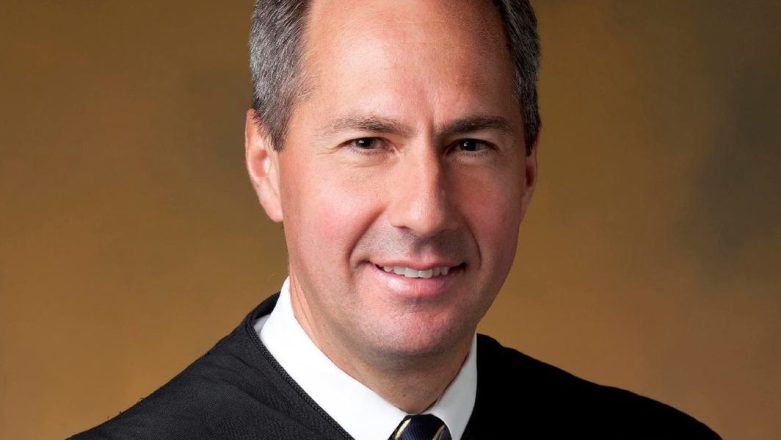 Trump made Supreme Court nominations a central theme during the 2016 presidential campaign. In May 2016, he released a list of 11 judges he would consider for nominations.

According to CNN, the names on the list included “Steven Colloton of Iowa, Allison Eid of Colorado, Raymond Gruender of Missouri, Thomas Hardiman of Pennsylvania, Raymond Kethledge of Michigan, Joan Larsen of Michigan, Thomas Lee of Utah, William Pryor of Alabama, David Stras of Minnesota, Diane Sykes of Wisconsin and Don Willett of Texas.”

When time came to replace Scalia, though, Hardiman and Pryor emerged, along with Gorsuch, as the leading replacement contenders. If Kennedy were to retire, it’s likely that Trump would draw from that short list again.

Hardiman was second on the list when Trump went with Gorsuch.

The AP reported that Hardiman is a “colleague” of Trump’s sister, Judge Maryanne Trump Barry. According to Scotus Blog, Hardiman, born in Massachusetts, “became the first person in his family to go to college” and drove a taxi to pay for law school. The blog reported that he has taken an “originalist” approach to gun cases and described Hardiman as “a solid, although hardly knee-jerk, conservative who was active in Republican politics before joining the federal bench.”

Look for Hardiman’s name, especially, to surface again if Kennedy does retire.

5. Anthony Kennedy Has Served on the Supreme Court for Thirty Years 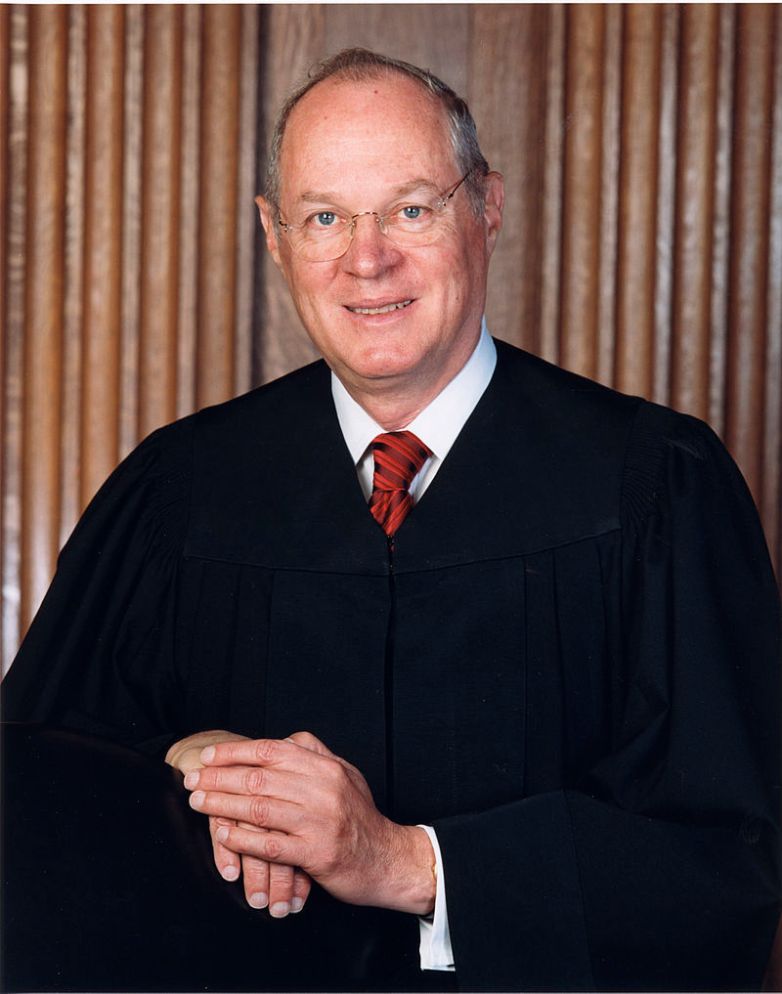 Anthony Kennedy is 80-years-old and about to turn 81. He has served on the U.S. Supreme Court for almost 30 years.

Kennedy was nominated in 1988 by Ronald Reagan, making him the longest-serving justice currently on the U.S. Supreme Court. Before his appointment to the court, Kennedy served as an appellate judge in California.