The summer is almost over, which means that the window for enjoying a delicious ice cream sandwich outside is closing. It makes today, August 2, the perfect day for National Ice Cream Sandwich Day!

Today celebrates one of the best frozen treats you can pick up at your local supermarket or ice cream parlor. You can even make it at home yourself. The treat traditionally has vanilla ice cream between two chocolate wafers. However, there are always ways to add more flavors to it. Several retailers across the country are also joining in on the party with deals.

Here’s what you need to know about National Ice Cream Sandwich Day.

1. The Origins of the Holiday Are Unknown, but There Were Searches for It in 2004

Ice-Cream Sandwich Challenge!!!!Ice-Cream Sandwich Challenge made from Kit Kat and Oreo ??!? Soooo good!!!! Which one was your favorite??? Subscribe for more cool videos! http://bit.ly/2nCf9L4 SIS vs BRO instagram @ sisvsbro_karina_ronald Karina has a new instagram @ kurzawa_karina Ronald's new instagram @ ronaldkurzawa NEW MERCH: https://www.sisvsbro.com Welcome to SIS vs BRO! This is where Karina and Ronald…2017-07-11T11:00:02.000Z

Like many online holidays that exist to celebrate treats, the precise origins of the holiday are unknown. National Day Calendar notes that it couldn’t find the creator of the holiday.

However, Google Trends reveals that people were searching for “National Ice Cream Sandwich Day” as far back as August 2004. It was mentioned in a 2010 blog post and Google shows that Holiday Insight’s page on the holiday was created in 2006.

Even if the history of the holiday is clouded, that shouldn’t stop us from celebrating the treat! 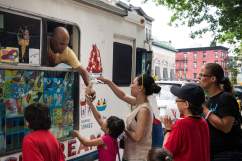 2. The Ice Cream Sandwich Was Popularized in New York in the Early 1900s

Ice Cream Sandwiches | How It's Made#HowItsMade Mondays 9/8c on Science 87% of Americans have ice cream in their freezer at any given time. Chocolate syrup is the world’s most popular ice cream topping. Full episodes streaming FREE on Science GO! https://www.sciencechannelgo.com/how-its-made/ More How It's Made: http://www.sciencechannel.com/tv-shows/how-its-made/ Subscribe to Science Channel: http://bit.ly/SubscribeScience Check out SCI2 for infinitely awesome science videos. Every…2016-06-24T11:00:01.000Z

As with many foods that remain popular in the U.S., the ice cream sandwich has roots in New York. Although The Big Apple blog in 2004 noted that there is a recipe book from 1894 by a New Hampshire writer that mentions an “ice cream sandwich” recipe, it began to take off around 1900. The Google Books Ngram Viewer shows shows that usage of the term began to skyrocket around 1925, during the Roaring Twenties. A photo of Atlantic City, New Jersey taken in 1905 also shows a vendor selling ice cream sandwiches.

The book Sugar and Snow: A History of Ice Cream by Jeri Quinzio credits an unknown pushart vendor in New York City with selling the first ice cream sandwiches as we know them today for a penny. A July 1900 New York Tribune article mentioned the sandwiches.

3. The Chipwich, an Ice Cream Sandwich Made With 2 Chocolate Chip Cookies, Was Invented in 1978 by Richard LaMotta

GIANT ICE CREAM COOKIE SANDWICH – VERSUSSince childhood Chipwich’s were Julia’s goto ice cream treat. Two oversized cookies, stuffed with vanilla ice cream in between, and a solid coat of chocolate chips along on the outside, makes every bite full of sweet sweet nostalgia. This recipe is best for parties or families, or you can always create your Chipwich’s normal size…2017-06-04T13:00:03.000Z

In 1978, the Chipwich was born. According to a 1981 Time Magazine article, the ice cream sandwich made with two chocolate chip cookies instead of wafers was invented by Richaed LaMotta.

LaMotta’s 2010 New York Times obituary notes that he started his Chipwich company by selling the product in Manhattan through 60 street-cart vendors. Each sandwich was $1. By the middle of 1982, he had plants in Queens and Lodi, New Jersey making 200,000 sandwiches a day. In 2002, he sold the company to Coolbrands International, which was later bought by Nestle.

LaMotta died in 2010 at age 67 after suffering a heart attack. He was survived by his second wife, two daughters and a son from his first marriage. LaMotta was a cousin of boxer Jake LaMotta, the subject of Raging Bull.

Alyse Levine, a registered dietitian, told Time Magazine that the Churro Ice Cream sandwich would have between 410-500 calories and 22 to 26 grams of total fat, with 10-12 grams of that saturated. It would also likely have between 25 and 30 grams of sugar.

“While these numbers may seem high to some … I not a proponent of low-calorie diet versions of real foods,” Levine told Time Magazine in 2014. “Therefore, I see no problem with people enjoying these desserts occasionally.”

In 2016, Buzzfeed published a recipe for Churro Ice Cream Sandwiches. 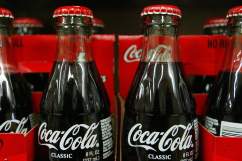 5. You Can Get Free Ice Cream Sandwiches From Hood in Boston at City Hall Plaza

If you live in Boston, you can get a free vanilla ice cream sandwich today from Hood at City Hall Plaza. The promotion runs from 12 p.m. to 2 p.m, and samples the new Coffee Cookies n’ Ice Cream Sandwiches will also be available until supplies last. There will also be hood coupons and a surprise appearance from a Red Sox player.

Of course, there are other deals across the country. Baskin Robbins announced that it is offering a $1.99 Single Scoop Warm Cookie Ice Cream Sandwich if you pay with your Baskin Robbins app.

Stockton, California residents can stop by the Stockton Pacific Avenue clinic to pick up a free sandwich. The Dairy Queen in Dobson, North Carolina is selling sandwiches for $1. The Grand Island, Nebraska Hy-Vee grocery store is having contests to win free sandwiches. Miami’s Wynwood Parlor Sweet Shoppe is celebrating the day with two for one signature sandwiches.