A family of four who migrated to Utah just a few months ago from Europe, were found shot to death in their Mapleton home Thursday night in what appears to be a murder-suicide, law enforcement said.

Mapleton Police Chief John Jackson said Friday that the bodies of two adults — a male and a female — a teenage female, a young boy and a large dog were discovered at their home, located at 1503 N. State Route 89 at around 9:40 p.m. They said they were investigating the incident as a possible murder-suicide, but declined to reveal any additional details about what may have transpired inside the home.

Here’s what you need to know about the family and incident:

1. Police Found the Bodies While Responding to a Welfare Check

I'm in Mapleton at the scene of an apparent murder-suicide. A man, woman, teenage girl, young boy and a dog were found dead last night pic.twitter.com/7Bvcq3TZ7n

In a news release, the Mapleton Police Department said that it dispatched officers to the home to perform a welfare check on the family. The police were called because neighbors and co-workers said the family hadn’t been heard from in days. The welfare check request was made by a neighbor, who said that family vehicles hadn’t moved, which was unusual, and the lights inside the home had also been off for days.

Police said in the release that the neighbor said he hadn’t seen his neighbors for days and was concerned about their well-being. In addition to the neighbor’s concerns, one of the family members’ co-workers informed authorities that they hadn’t showed up for work in “consecutive days.”

2. Officers Entered the Home Through a Window & Discovered the Bodies

Responding officers knocked on the door but didn’t receive an answer. Neighbors told officers that typically, a knock on the door is met with multiple barks from their dog. They looked around the exterior of the home and said they “observed things that caused them concern.” Officers said they tried all forms of contact and received no answer, so they removed a window and went inside the home.

Inside, the officers found the family laying on the ground deceased with what appeared to be gunshot wounds. They also found a large dog with a gunshot wound nearby their bodies. Officers obtained a search warrant for the home and started their investigation, which is still ongoing.

“Preliminary evidence suggests a murder-suicide, however that ruling will not be made until the medical examiner’s office has completed their examination and officers have had a chance to follow up on information collected at the scene,” the release said. Police added that they weren’t searching for any other suspects in the case.

The bodies of the family were seen being wheeled out on stretchers and authorities said they are currently at the State of Utah Medical Examiner’s Office.

“Once the examinations are complete, we will be able to shed more light on what is believed to have transpired in the home,” authorities said. “We don’t anticipate those examinations will be completed (November 10).”

3. The Family Moved to the Area From Europe Just Months Ago

Authorities said in a statement that the family was from Switzerland and moved to the Mapleton area around July, when Timothy got a job in the area. Neighbor Doug Allen told Fox 13 Now that Timothy had worked overseas as an employee of Nestlè. When he had a chance to transfer to the company’s Springville location recently, he accepted and the family subsequently moved to Utah.

Allen was in disbelief to learn what took place in the home next to his, telling Fox 13 that he never noticed any domestic issues.

“It was quite a shock to me when I got up this morning, gosh, when I’d seen all the lights on over there and 15 or 20 cars, I thought, boy, this don`t look good,” he told the news outlet. “Gosh, it seemed like everyone was getting along really good. I never seen any problems at all, just real quiet.”

In addition, Allen said that he spoke to Timothy and didn’t notice any depression or anything “out of the ordinary.”

Another neighbor, who spoke with anonymity, told The Tribune that they got to know Jessica because she had asked to breed her goats with the neighbor’s male goat. The neighbor said that Timothy met Jessica while he worked in Switzerland.

4. Their Daughter was a Sophomore in High School

According to The Salt Lake Tribune, Jessica had “just enrolled” at Maple Mountain High School in the fall. She was a sophomore at the school. Nebo School District spokeswoman Lana Hiskey told the newspaper that the district made grief counselors available to any students that may be in need, in addition to faculty members.

Badel’s Facebook profile says that she originally lived in Neuchâtel, Switzerland, a city located on Lake Neuchâtel. It has a population of around 34,000 people and has an official language of French. One neighbor told Good4Utah that he thought the family moved to Utah from France because that’s the language he often heard being spoke. 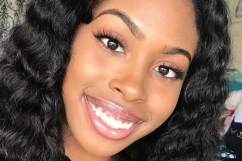 5. Mapleton is Located in Central Utah in a Farming Area

Mapleton is a small city located in Utah County, which is in the center part of the state. It’s a mountainous area that’s part of the Provo-Orem Metropolitan region and had a reported population of 7,979 people at the 2010 census, according the the U.S. Census Bureau. Its estimated current population is about 9,500 people, and it sits about 10 miles south of Provo.

The Griffith family home is located close to a busy highway and next to several other homes that are decorated with farming tools and knickknacks, The Tribune reported. From the road, a playground set and dog house could be seen in the backyard of the home, and an American flag was hung on the second-floor of the house.

Read More
5 Fast Facts, Breaking News, Crime
wpDiscuz
0
0
Would love your thoughts, please comment.x
()
x
| Reply
Authorities in Mapleton, Utah are investigating the deaths of a family of four as a murder-suicide. They were later identified as the Griffith family by police.