YouTube/Seeing It Clearer Actor Isaac Kappy is the subject of investigation of the LAPD for his alleged harassment of actor Seth Green and his wife, Clare.

Actor and writer Isaac Kappy is the focus of an investigation by the Los Angeles Police Department, for what TMZ reports is the result of his “alleged harassment and stalking of Seth Green and his wife, Clare.”

Kappy has engaged in a series of outlandish behavioral acts in the last few months, from posting a video rant accusing Green of pedophilia to posting a tweet that implied he might engage in a future shootout. On Thursday, TMZ reports that Paris Jackson hired protection to protect herself from Kappy after he grabbed her neck at a party.

Kappy is best known for his role as a pet store clerk in Thor.

Kappy has 19 acting credits to his name on IMDB, including movies like Thor, Terminator Salvation, and Beerfest. He is also a writer, having written two shorts in 2007 called Time Cougars and The Surrogate, respectively.

However, Kappy’s time now seems to be spent largely trying to dismantle the Hollywood industry in which he works. His Twitter feed is filled with posts focused on exposing what he believes is a massive conspiracy surrounding pedophilia, child sex abuse, and a greater effort to keep the general public under control.

Wake up guys. This stuff is not new and the same media that came out attacking me today is the same media that has been covering up for MONSTERS for as long as we've been alive. They exist to push an agenda and control your minds.#BreakTheFuckingMatrix https://t.co/dgbFVJ6tLB

On August 1, Kappy wrote, “Wake up guys. This stuff is not new and the same media that came out attacking me today is the same media that has been covering up for MONSTERS for as long as we’ve been alive. They exist to push an agenda and control your minds. #BreakTheFuckingMatrix”

Kappy has accused Green of pedophilia several times in the past, and has even accused director Steven Spielberg of being a pedophile, as well.

In one of his self-published videos, Kappy said, “The time it really hit me hard…we went over there, playing mafia, its a role playing game that we play and at the end of the night, it was me, Seth and his brother-in-law, and Seth turned to me and opened up the secret bookshelf, and he’s like, ‘this is where we keep the children.'”

Kappy continues, “A month later…Seth, Clare and I were having dinner at their house and he said now we have to talk about chicken [Kaddy claims chicken is a pedophile codeword for ‘boys’], and I was like, ‘Oh god.’

3. He Was Reported to Have Grabbed Paris Jackson by the Throat in June, & She Has Since Hired Security to Protect Herself

Kappy grabbed Paris Jackson by the throat earlier in the summer, according to TMZ, though there isn’t much known about the incident.

The only information about the incident was that it happened during a “game night party,” per TMZ. Jackson has not commented publicly about the reports. However, on Thursday TMZ reported that Jackson has moved out of her house and increased her security detail in response to Kappy’s contact with her.

4. He Posted a Tweet Threatening to Make it ‘Rain .50 Cals in the Hollywood Hills’

Am I the most censored man on the planet right now??
Feels like it!
Doesn’t matter tho. The truth wants to be free. We will prevail.

A week ago, Kappy posted a tweet that TMZ reports was the “final straw” for police. He tweeted, “In light of the interesting traffic happening around my house I want to make something CRYSTAL CLEAR: while I am a VERY strong advocate of peaceful disclosure, make no mistake, assets are in place and if you kill me or even try, it will rain .50 cals in the Hollywood Hills.” The tweet has since been removed.

In another tweet, Kappy claimed to have been offered to join the illuminati by Green. Kappy wrote, “Last year I was asked to join the #illuminati by @sethgreen The offer was $250k a year and any car I wanted. As if I would abuse children for such a paltry sum”

Last year I was asked to join the #illuminati by @sethgreen
The offer was $250k a year and any car I wanted. As if I would abuse children for such a paltry sum
???#Qanon #SDCC2018 #ThisEndsNow#pedogate

5. He Wrote Multiple Letters to Green a Year Ago, Declaring His Love for the Actor

Per TMZ, Kappy’s focus on Green hasn’t always been one related to exposing what he believes to be Green’s alleged pedophilia. In a letter addressed to Clare, Green’s wife, Kappy allegedly wrote, “First off, I need you guys to know that I love you very much and care about you deeply. Please know that I wouldn’t do anything to harm you. You are family and that means a lot. I hope you can see that.

However, the letter soon turned threatening as Kappy clarified that his love for them would only continue “if the good will is mutual.” Kappy wrote, “I think you would agree that it would be extremely foolish of me to blindly trust that my goodwill goes both ways. So, in the interest of self-preservation, I have implemented a series of triggering events, should I meet an untimely demise…but the good news is, it will never happen if the goodwill is mutual.”

Kappy ended the letter by adding, “Now please crumple this up and burn it :).” You can read the full letter here, as released by TMZ. 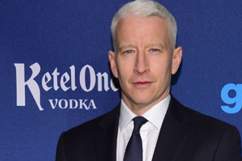 Read More
5 Fast Facts, Celebrities
Follow Heavy ↓
wpDiscuz
0
0
Would love your thoughts, please comment.x
()
x
| Reply
Isaac Kappy is an actor and writer who has repeatedly accused actor Seth Green of pedophilia, and is now the subject of investigation by the LAPD.