A mother of five who went missing on July 28 may have been found dead in the basement of a North Philadelphia home on Sunday, her family told WTXF-TV. Police in three states have been searching for Vianela Tavera, 50, since she disappeared. Family members have since confirmed via Fox29 that the body was in fact Tavera.

According to The New York Post, the body was so badly decomposed that the police could not immediately make an identification. Police were first called to the home when neighbors complained of a “foul odor” coming from the property.

Tavera was last seen leaving to visit her alleged boyfriend, Luis Negron-Martinez. Here’s what you need to know:

1. Tavera Was Reported Missing After She Left Her Home in New York City to Visit Her Boyfriend in Philadelphia

Tavera was reported missing after she left her home in New York for Philadelphia to visit her boyfriend. Their last contact with her was on July 28, though police confirmed that they believed Tavera had made it to her final destination, though “she may have been harmed.”

Her family says Tavera had a long-distance boyfriend, Luis Negron-Martinez, according to WTXF-TV.

Her daughter, Mailin Tavera, told Fox 29, of her disappearance, “She went to Philadelphia and she never came back.”

2. Her Boyfriend Was Arrested on Car Theft Charges After He Was Found With Her Vehicle in Virginia, Police Say

Where is Vianela Tavera? The mom of has been missing for a week, since leaving New York on a trip to Philadelphia. Police have found her SUV — and a man she knows — in Virginia.https://t.co/r6egbllvpD pic.twitter.com/2QThpJCdXF

Tavera’s vehicle, a 2013 Acura MDX, was found in Fairfax, Virginia, along with her boyfriend, Luis Negron-Martinez, WPVI-TV reports. Police said Negron-Martinez needed medical help when he was found, the specifics of that are not clear at this moment.

Police also say they found a handgun inside the car, though they haven’t established whether he is being investigated for her death. Currently, Negron-Martinez is being held without bond at the Fairfax County Adult Detention Center on charges of grand larceny and possession of a concealed weapon.

HAVE YOU SEEN HER? Mom of 5 from New York visiting Philly last weekend hasn't been seen or heard from since. Family now going door to door searching. Police say they found her car stolen in Virginia but no sign of Vianela Tavera. @FOX29philly 10pm pic.twitter.com/7aQAsqhjoQ

Prior to the public announcement of her death, Tavera’s cousin Yohani Rosado told Fox 29, “We decided to go to five hospitals just asking for unknown females in the last 8 days no one has walked in with her description. We just want answers.”

Her daughter Mailin added that Tavera’s lack of communication was very unusual for her mother. “She would call us and tell us she was OK but this time she didn’t answer,” Mailin told the news station.

4. Tavera Was a School Bus Driver

Tavera worked as a school bus driver. Her daughter, Mailin, told Fox 29 that Tavera never missed a day of work, and was constantly in contact with her five children.

Tavera was reportedly known as “Tere” to her friends and family. According to Fox 29, it was a totally normal trip for her to go to Philadelphia to visit Negron-Martinez, who she was reportedly dating for over a year.

5. Police Haven’t Released Details About the Home Where the Body Was Found

Police have not released any information about the home where Tavera’s family says her body was found. It is not known if it is her boyfriend’s house or why police went to the house in the 400 block of West Roosevelt Boulevard in Feltonville. Homicide detectives were at the scene about 8 p.m. looking for Tavera, according to WPVI-TV. They noticed a strong odor that smelled like a decomposing body, police told the news station. 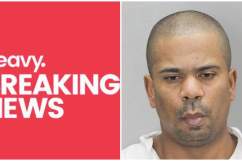 Read More
5 Fast Facts, Breaking News
Vianela Tavera, a mother of five who has been missing for over a week, was found dead in a basement on Sunday evening.