President Trump recently visited France to attend ceremonies to commemorate the 100th anniversary of the end of World War I, and shortly after returning to the U.S., unleashed a torrent of disparaging remarks about “Nationalist” France, President Emmanuel Macron’s approval ratings and wine tariffs.

On November 9, President Trump took a dig at President Macron by claiming he was “very insulting” to suggest that Europe build its own military in order to protect itself from the U.S., China and Russia. The comment that President Trump is referring to came from an interview Macron gave to the radio station Europe 1 ahead of the weekend’s events, when Macron restated his support for the idea of a European army so that the continent could defend itself alone “without only relying on the United States.”

Today we remember the brave actions of our troops and those of our allies during WWI. Honored to be spending this day honoring heroes in Paris. #VeteransDay pic.twitter.com/NQoteCqecH

For the next few days, the president primarily focused his tweets around the wildfires devastating California, Veterans Day and the Florida election results. However, it didn’t take long for President Trump to start back up on Macron, and Tuesday morning the president unleashed a barrage of tweets, suggesting that France would have been vanquished in World War I and World War II if not for the military firepower provided by the United States.

“They were starting to learn German in Paris before the U.S. came along,” Trump tweeted.

Emmanuel Macron suggests building its own army to protect Europe against the U.S., China and Russia. But it was Germany in World Wars One & Two – How did that work out for France? They were starting to learn German in Paris before the U.S. came along. Pay for NATO or not!

He also complained about tariffs on US wines in France, appeared to take a dig at President Emmanuel Macron’s approval ratings, and attempted to defend his self-proclaimed nationalism by saying, “There is no country more Nationalist than France,” all in a matter of hours.

“The problem is that Emmanuel suffers from a very low Approval Rating in France, 26%, and an unemployment rate of almost 10%. He was just trying to get onto another subject. By the way, there is no country more Nationalist than France, very proud people-and rightfully so!”

He then followed up this tweet with an all-caps message: “MAKE FRANCE GREAT AGAIN!”

The problem is that Emmanuel suffers from a very low Approval Rating in France, 26%, and an unemployment rate of almost 10%. He was just trying to get onto another subject. By the way, there is no country more Nationalist than France, very proud people-and rightfully so!……..

President Trump’s Twitter outburst received swift, widespread backlash, prompting Harvard professor Fredrik Logevall to marvel how a president could so easily insult one of the United States’ longest and most loyal allies.

Logevall, an international affairs professor at Harvard’s Kennedy School who is a Pulitzer Prize-winning expert on US foreign relations history, told the Boston Globe that such remarks from any of Trump’s predecessors was “unimaginable” in the modern history of the country.

“France has been enormously important as an ally — from the nation’s beginning. France played a vital supporting role during and after the American Revolution, and the bilateral relationship has been mutually beneficial at numerous other times,” Logevall said in an e-mail to the the Boston Globe. “Even Trump’s sullen, why-do-I-have-to-be-here demeanor during his visit to France would have been impossible to conceive under any predecessor I can think of.” 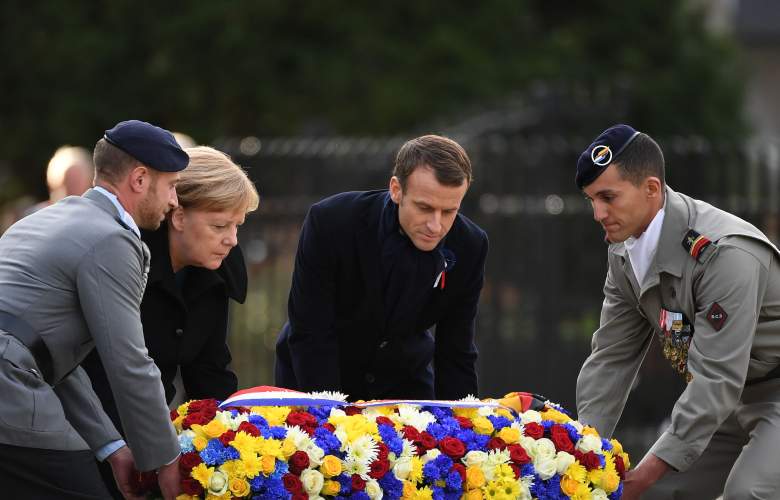 Kathryn Statler, a history professor at the University of San Diego who is writing a book on US-France relations, also told the Boston Globe: “If it hadn’t been for France, the United States would not exist.”

Statler said the French-American alliance dated back to the American Revolution when the Marquis de Lafayette, and eventually Louis XVI, came to the colonists’ aid, supplying money, weapons, and troops for America to fight for its Independence. Although there have been some tension between the two countries over the years, (specifically when France refused to take part in the 2003 invasion of Iraq), France and the U.S. have been strong allies since America’s beginning.

“Ultimately, though, France has been America’s longest-lasting, strongest, and most honest ally, and the Franco-American relationship will survive Donald Trump, as it has survived every other crisis, large and small, for the past 200+ years,” she told the Boston Globe.

READ NEXT: Justin Meek: A Tribute to the Thousand Oaks Shooting Victim