The public impeachment inquiry against President Donald Trump continued on Capitol Hill this week with several key witnesses testifying before the House Intelligence Committee, including former U.S. Special Envoy to Ukraine Kurt Volker and Gordon Sondland, the U.S. ambassador to the European Union.

New and Important for #ImpeachmentInquiry@rgoodlaw writes that Ambassador Volker, who has been called to testify via Rep. Devin Nunes, appears to have lied to Congress about Ukraine effort

Williams was on the July 25 call with Ukrainian President Volodymyr Zelensky, where Trump asked Zelensky to investigate a political rival Joe Biden and his son Hunter, which she said was “unusual and inappropriate.” In closed testimony on Nov. 7 with the House Intelligence Committee, Williams said she was concerned that the call appeared to be an attempt to advance Trump’s “personal political agenda.” 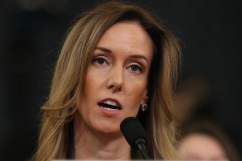 Tell Jennifer Williams, whoever that is, to read BOTH transcripts of the presidential calls, & see the just released ststement from Ukraine. Then she should meet with the other Never Trumpers, who I don’t know & mostly never even heard of, & work out a better presidential attack!

The Wall Street Journal reported that U.S. Army officials are prepared to protect Vindman and his family after his testimony on Tuesday. Officials said Vindman was concerned for his safety and asked for help in making sure his family was not in danger.

“The U.S. Army is prepared to move Col. Vindman and his family onto a military base in the area to ensure their security if it is determined that they are in physical danger, according to U.S. officials,” the Wall Street Journal reported.

“The Army will make sure he’s safe, and the Army is actively supporting any safety needs as deemed necessary,” an official said. “It’s hard that he has been catapulted into the public eye. He served his country honorably for 20 years, and you can imagine this is a tough situation for him and his family.” 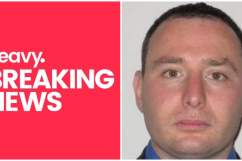 President Trump: "I don't know him. I don't know as he says 'Lt. Colonel' — I understand somebody had the misfortune of calling him 'Mister' and he corrected them. I never saw the man, I understand now he wears his uniform when he goes in. No, I don't know Vindman at all." pic.twitter.com/xqN0j4dgi1

Trump said on Twitter this week that the impeachment inquiry hearings against him are like a “prizefight” and said if it were a real boxing match “they’d stop it!” 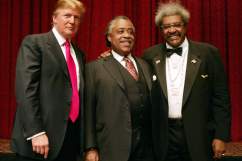 President Trump Says His Impeachment Inquiry Hearing Is Like a ‘Prizefight’

In the afternoon, former U.S. Special Envoy to Ukraine Kurt Volker, who has already testified before the committee behind closed doors, gave public testimony.

Former special envoy to Ukraine Kurt Volker delivers opening statement: "At no time was I aware of, or knowingly took part in, an effort to urge Ukraine to investigate former Vice President Biden." https://t.co/wJIckfThSv pic.twitter.com/CErTgFOPjl 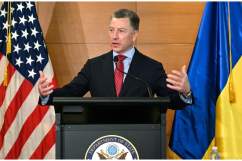 Volker resigned from his position after an anonymous whistleblower came forward to allege a cover up of a “quid pro quo” between Ukraine and the Trump Administration tying military aide and a White House visit to a public investigation into former Vice President Joe Biden and his son Hunter Biden in Ukraine.

Volker sent text messages to a top Ukrainian advisor saying, “Heard from the White House — assuming President Z convinces trump he will investigate/’get to the bottom of what happened’ in 2016, we will nail down date for visit to Washington.”

During Tuesday’s hearing, Volker defended Joe Biden, who is running for president in 2020. “I have known Vice President Biden for 24 years. He is an honorable man and I hold him in the highest regard,” he said. 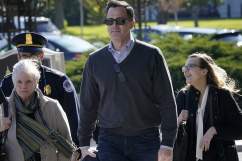 The Spotlight Was On Wednesday’s Testimony From Gordon Sondland, U.S. Ambassador to the European Union

During former U.S. Ambassador to Ukraine Bill Taylor’s public hearing before the House Intelligence Committee last week, he testified that Gordon Sondland, the ambassador to the European Union, made it clear that newly elected Ukrainian President Volodymyr Zelensky would not receive U.S. military aid or a visit to meet President Donald Trump at the White House unless he publicly announced that he was investigating former Vice President Joe Biden and his son, Hunter Biden.

According to a transcript of Taylor’s testimony last week:

Ambassador Sondland also told me that he now recognized that he had made a mistake by earlier telling Ukrainian officials that only a White
House meeting with President Zelenskyy was dependent on a public announcement of investigations—in fact, Ambassador Sondland said, “everything” was dependent on such an announcement, including security assistance. He said that President Trump wanted President Zelenskyy “in a public box” by making a public statement about ordering such investigations. 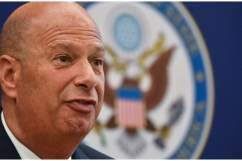 "I want nothing. That's what I want from Ukraine."

Hale was nominated by President Donald Trump in July 2018 to the third-highest position at the State Department. He has served in the U.S. foreign service since 1985 and has worked in both Republican and Democratic administrations. 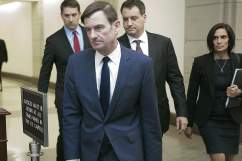 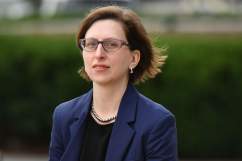 NEW: David Holmes has been added to Thursday's public hearing with Fiona Hill, per a Dem aide. Read about Holmes' testimony here: https://t.co/ToEVj2ub6k

Fiona Hill, who was President Donald Trump’s adviser on Russia and Europe until she resigned in July, testified in a closed hearing in Congress and told lawmakers that former National Security Adviser John Bolton described Trump’s personal lawyer Rudy Giuliani as a “hand grenade that is going to blow everybody up.”

“I had asked if there was anything that we could do about it. And Ambassador Bolton had looked pained, basically indicated with body language that there was nothing which we could do about it,” Hill testified. “And he then, in the course of that discussion, said that Rudy Giuliani was a hand grenade that was going to blow everyone up.” 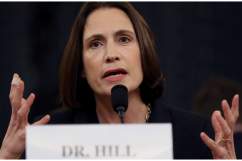 Holmes testified that he overheard a conversation between U.S. Ambassador to the European Union GOrdon Sondland and President Donald Trump at a cafe in Kiev, the capital city of Ukraine.

President Donald Trump called into Fox & Friends on Friday morning after a second week of public hearings before the House Intelligence Committee in the impeaching inquiry against him. He said the Democrats, which hold the majority in the House of Representatives, “looked like fools” and criticized the witnesses who testified, many of them longtime career State Department officials.

“And these were their witnesses. This was the best they’ve got,” he told Fox & Friends.

Trump said if the House votes for impeachment, he would look forward to the investigation heading to the Republican-led Senate for a trial. “Frankly, I want a trial,” he said.

He said specifically he wants to see Hunter Biden, former Vice President Joe Biden’s son, who was a target of the alleged quid pro quo with Ukraine, trading a White House visit and U.S. military aid in exchange for a public investigation into Biden and his father.

“There’s only one person I want more than ‘Where’s Hunter?’ and that is Adam Schiff,” Trump said, referring to the Democratic congressman in charge of the impeachment inquiry in the House. 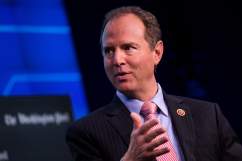 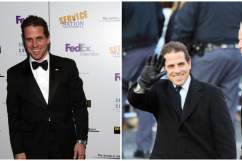