Donald Trump recently hosted an Atlanta, Georgia rally and during his speech he gave his word that the Ku Klux Klan and Antifa would be deemed terrorist groups if he was elected for a second term in the White House. On September 25, 2020, he outlined his Platinum Plan, which not only promises “security,” opportunity,” “fairness” and prosperity” to the Black community, but also vows to “prosecute the KKK and ANTIFA as terrorist organizations and make lynching a national hate crime,” FOX reported. The plan, titled the Platinum Plan, will also make Juneteenth a federal holiday.

If declared terrorist organizations, they will addressed under guidelines of the 2001 USA Patriot Act, “which allows federal law enforcement agencies to target the entire organization,” the New York Post noted. 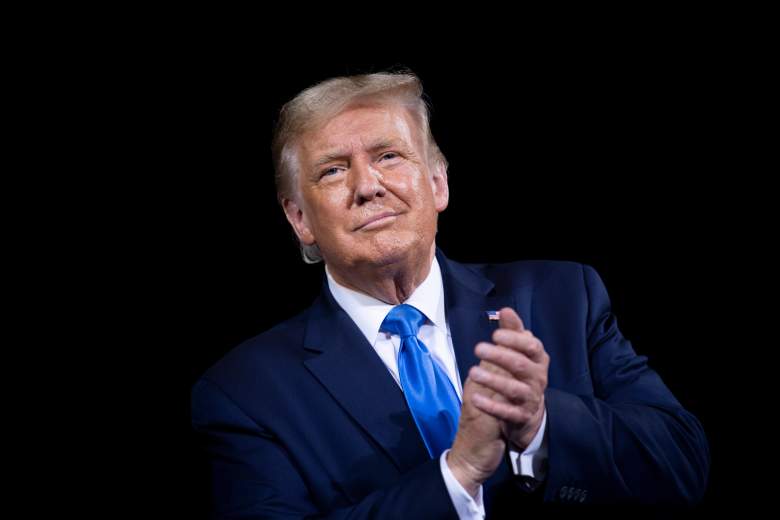 US President Donald Trump leaves after speaking at a campaign rally at Cecil Airport on September 24, 2020, in Jacksonville, Florida.

While discussing the possible Platinum Plan, Trump claimed that the Democratic party doesn’t appreciate the Black vote and he has done more for Black people than his opponent, Democratic candidate Joe Biden.

Trump’s new plan is an effort to secure votes from the Black community on Election Day.

“In 39 days, we’re going to win four more years in the White House, and we will do it with a record number of votes from the black community,” he said according to the New York Post. “Our movement is welcoming millions of black Americans back to the Republican Party, the party of Frederick Douglass and Abraham Lincoln.”

Trump also said he was going to follow up the Platinum Plan with the Second Step Act to focus on criminal justice reform.

“We will create a national clemency project to right wrongful prosecutions and to pardon individuals who have reformed their life,” he added.

Trump has announced his plans to declare Antifa, an anti-fascist organization, a terrorist group in May on Twitter.

The United States of America will be designating ANTIFA as a Terrorist Organization.

Trump Promises Prosperity to the Black Community With New Plan

If Trump is able to win the upcoming election for a second term, he vowed to implement this plan and bring more wealth and opportunities to the Black community. According to his website, the plan will create three million jobs for Black people, create 500,000 more Black-owned businesses, invest $20 billion toward internet services to improve classroom connectivity, increase jobs and access to telehealth services and seek opportunities that will provide $500 billion for federal contracting opportunities.

The Platinum Plan also focuses on increasing financial literacy, increasing homeownership among Blacks, creating culturally competent healthcare and giving Black churches the opportunity to receive federal funding. Under this potential plan, Trump will also close failing schools and replace them with better ones and protect historically Black colleges and universities. He also pledged to provide support to Black farmers and partner with local leaders to start neighborhood revitalization plans for areas in need.