Chris Rock was married to philanthropist Malaak Compton-Rock for almost two decades. They got married in 1996 and were together for 19 years before they called it quits in 2014, People reported. While married they had two daughters, Lola,18, and Zahra, 16.

Compton-Rock is an Oakland, California native with a background in public relations and event planning. She has bachelor of fine arts degree in arts/production management from Howard University according to Crain’s New York Business. Black America Web reported that she has also worked at the U.S. Fund for UNICEF where she planned fundraising and advocacy events and is involved with the Susan G. Komen Foundation to help find a cure for breast cancer.

When she left her position with UNICEF, she began founding her own organizations. In 2008, she founded The Angelrock Project, “an online e-village that promotes volunteerism, social responsibility, and sustainable change” that offers information on “how to volunteer, advice on making monetary or in-kind donations, links to life-changing non-profit organizations, recommends fair trade companies whose products sustain third-world artisans, and includes a discussion forum and blog” the organization’s website stated. She and Rock also started The Angelrock Project South Africa, which is “a trust that provides assistance to orphaned and vulnerable children, granny-led households and people living with HIV/AIDS in Diepsloot, a poverty-stricken shanty town in Johannesburg, South Africa.” It also provides “educational and tuition assistance, food and nutritional support, and living allowance grants for those whose lives have been adversely affected by HIV/AIDS and poverty.”

Compton-Rock also founded the Champions for Children’s Committee, “a prestigious group of well-known individuals committed to raising awareness about the signs and prevention of child abuse” according to her bio on The Angel Rock Project’s website.

Here’s what you need to know about Compton-Rock and her children: 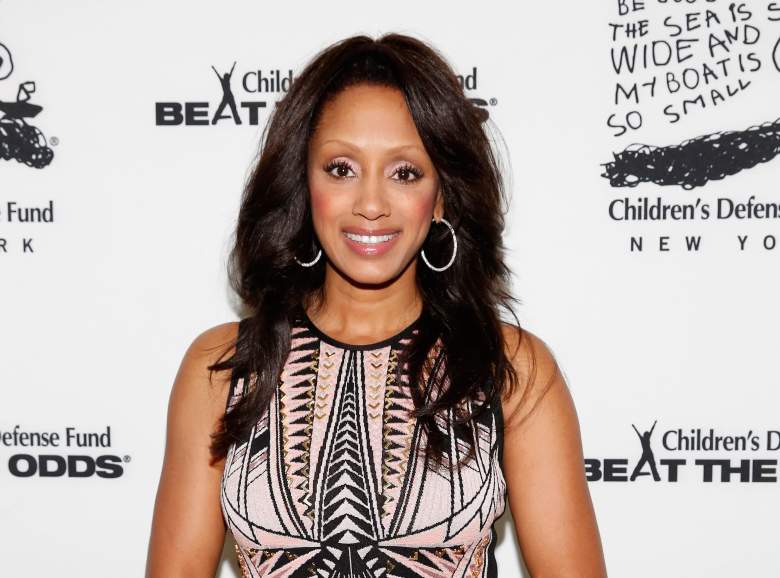 Compton-Rock is the founder of a nonprofit called styleWORKS, which gave makeovers to women were receiving public assistance. Her bio states that styleWORKS “provided comprehensive grooming services, i.e., hair styling, make-up application, skincare services, clothing, accessories, and image consulting to women moving from welfare to work.” The organization switched gears and now specifically offers “grooming seminars on a consultant basis only and continues to offer monthly mentoring and job retention-based services, such as the styleWORKS book club.” 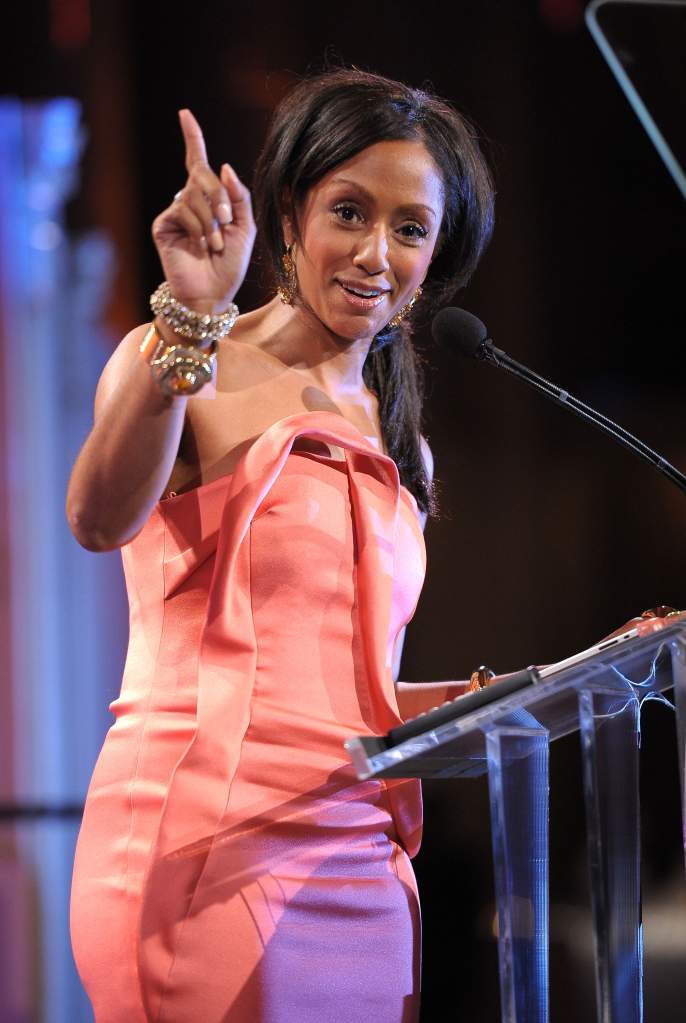 In 2008, Compton-Rock founded a program called Journey for Change: Empowering Youth Through Global Service. Through this program, a group of girls from Brooklyn, New York who attend the The Bushwick Salvation Army Community Center go to Johannesburg, South Africa for two weeks to perform community service. The young ladies, aged 12-15, become global ambassadors for one year once they return to the U.S and focus on “advocacy, service, and educational activities” by doing activities like organizing fundraisers and speaking at schools, the program’s page stated.

3. The Rocks Announced Their Divorce in 2014 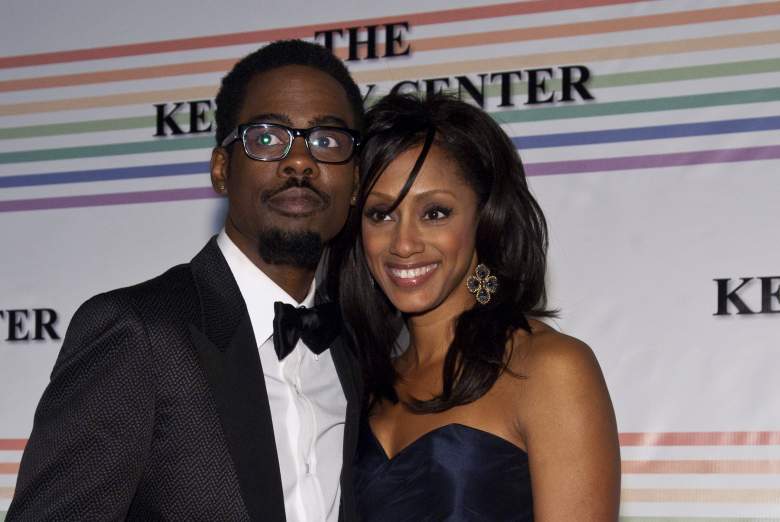 Chris Rock filed for divorce from Malaak Compton-Rock is 2014, PEOPLE reported, which was confirmed by his lawyer, Robert S. Cohen. Compton-Rock had also submitted a statement regarding their split after nearly two decades of being together to PEOPLE:

“After much contemplation and 19 years of marriage, Chris and I have decided to go our separate ways. Being fortunate enough to lead a life of service by working with those most vulnerable makes me well aware of life’s blessings, even when faced with difficulties. While recognizing that this is a significant change, my children remain at the center of my life and their well-being is my top priority. It is in this spirit that I sincerely ask that their privacy and the privacy of our family be respected during this transition in our lives.”

During their divorce proceedings, they were at odds over Rock not wanting to financially support a little girl who they had been taking care of before they separated. In Rock’s divorce filing he said it stated that he shared two daughters with Compton-Rock. In a counterclaim, she mentioned that they had been caring for a South African child “who has resided with the parties since before her first birthday,” PEOPLE noted. TMZ reported that the girl, named Ntombi, began living with the Rocks when she was six months old and her parents were involved in this arrangement. During the divorce proceedings, this sparked an investigation from South African officials because there was no record of an adoption. Rock claimed that bringing Ntombi back from South Africa was all Compton-Rock’s idea, TMZ noted. Compton-Rock ended up adopting Ntombi, now 12, on her own.

My baby Ntombi turned 11 on February 23rd! Her big sister Lola chose the perfect location for her party at BITE Beauty Bar. Her besties started out at our house, we took a Sprinter to Soho for dinner at Black Tap who had crazy fabulous milkshakes and went to BITE to make fabulous custom lipsticks. We ended the night with a fun sleepover, where we had a Chipotle Bar and candy bar, watched a movie and the girls didn’t go to sleep until 3:30 am! Mama was exhausted but happy for my baby girl who is growing so fast! I am so proud to be her mommy! #BirthdayParty #BirthdayFun #11YearsOld #Tween #TimeFlies #Grateful #Blessed ❤️❤️❤️🎉🎉🎉🎁🎁🎁🎊🎊🎊🎂🎂🎂 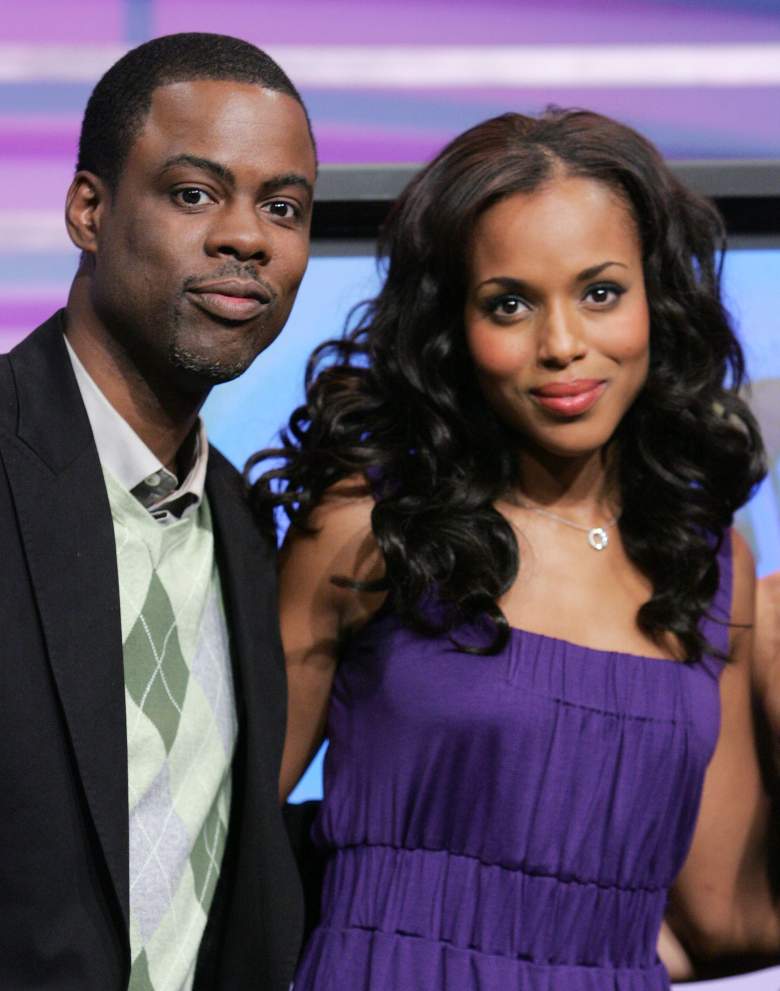 After his divorce from Compton-Rock, the Brooklyn funny man was very transparent in a Rolling Stone interview and admitted that he cheated on his wife with “a famous woman, a semi-famous woman” and a woman who worked in retail. An unnamed source then came forward and told Page Six that Rock had an affair with Scandal star Kerry Washington while they were filming  the 2007 comedy I Think I Love My Wife.

Another source who Page Six said was “close to Rock” said he and Compton-Rock were separated during that time and other times during their marriage as well.

So proud of my Zahra! While she has been riding her beautiful horse Colorful regularly, she has been so busy academically that she has not competed much this Fall. We decided last minute (well I decided LOL!) to enter a small show (like a few days before the competition) and she did beautifully! She was first in both jumping rounds and first and second in flats, winning overall champion! Thrilled for my baby girl! She will next compete in FL in January. Swipe for pics. #horselife #horsebackriding #horseshow #equestrian #equestrianlife #equestriansport #Colorful #gelding #horselover #mommysbaby #mommysbabygirl #soproud #gozaza

Their youngest daughter, Zahra, is an equestrian and has won ribbons during her young career.  According to a Facebook post from Horse Canada, she showed her two horses, Sawyer and Colorful, and snagged four ribbons, including two first place ribbons at the HITS on the Hudson Horse Show in August. Compton-Rock gushed over her daughter’s wins on social media. In an Instagram post Compton-Rock wrote:

“Great day at HITS on the Hudson horse show!,” she captioned a photo of Zahra showing off her ribbons. “Yesterday Zahra and her horse Sawyer ribboned in every round, including two 1st place wins and overall Reserve Champion. She didn’t do bad on Colorful either with the two of them earning a 4th and 5th place ribbon.”

She also participates in the annual Winter Equestrian Festival in Florida, Compton-Rock noted in a social media post.

“Last but certainly not least, Zahra Rock and the most perfect Colorful took home a 5th and a 6th at WEF 2!,” Saddle River Equestrian said in a Facebook post. “And last week at WEF 1 they earned a 4th and a pair of 6th places! Both weeks were out of a large group in the Low Children’s Hunters! Great job Zahra!!

Great day at HITS on the Hudson horse show!Yesterday Zahra and her horse Sawyer ribboned in every round, including two 1st place wins and overall Reserve Champion. She didn’t do bad on Colorful either with the two of them earning a 4th and 5th place ribbon. We are back today and it’s been a great start! #equestrianlife #equestrianstyle #equestrianmoms #horselover #horselife🐴

Their oldest daughter, Lola, graduated from high school in June 2020. Her mother posted that she had spent time in Thailand to study three of the world’s religions during her senior year and now attends college in Europe.

Happy Birthday to my oldest baby girl Lola Simone! It is unimaginable to me, and to her too, that she is 17 years old. Lola is magical. She is wholly unique, beats to her own drummer, a deep thinker, and an old soul. She’s a foodie extraordinaire with an absolutely amazing palate. Need a restaurant suggestion from a Michelin star to a food stall in London, Paris, New York, Tokyo or Bangkok, ask Lola! In fact, she’s back in Thailand now studying three of the world’s religions. Her recent college tour had us traipsing the country and visiting schools in Scotland, England and France. I can’t wait to see where she ends up! I am most proud of her compassion. Her dedication to service in this country and abroad, her work on behalf of racial and gender equality and her understanding, since she was a young child, that age is a citizen of the world! To end, I would be remiss if I didn’t say that this is a girl who loves a good handbag too! Happy Birthday Lola! I love you so, so much!! ❤️🥰❤️#happybirthday #firstborn #babygirl #lolabean #mommysbaby #love

“I could not be prouder of the young woman she has become and am excited for her to begin university in Europe,” Compton-Rock wrote in a congratulatory post on Instagram. “Food and travel is her love language and she sees life through the lens of communicating through food, culture and community. I am so excited to parent her through this next phase of life.”

Her mother also noted on Instagram that Lola was also a member of Jack & Jill, an organization of Black youth and women that promotes community service and leadership. She graduated from the Bergen-Passaic chapter in New Jersey in June 2020.

My first born child Lola Simone has graduated from high school and turned 18! I cannot believe we have reached these milestones! But I could not be prouder of the young woman she has become and am excited for her to begin university in Europe. Food and travel is her love language and she sees life through the lens of communicating through food, culture and community. I am so excited to parent her through this next phase of life. She is an extraordinary human being and I love her so! #LolaSimoneRock #1stBornDaughter #Foodie #Traveler #Explorer #Love ❤️❤️🙏🏽🙏🏽🥳🥳🌍🌏🌎