1. This Has Been Coming for a While

It had long been rumored that Real Madrid wanted to add Falcao to their roster. Earlier in August, Monaco had tried to insist that their main striker was not for sale.

2. He’s Just Come Back From Injury

The Colombia striker missed the World Cup through injury. He had missed most of 2014 through injury but returned to soccer on August 2 as Monaco tied 2-2 with Valencia in a friendly game.

3. Falcao Will Become the Latest ‘Galactico’

He will link up with his Colombia team mate James Rodriguez. Falcao will become the latest Real Madrid “Galactico.” Madrid also signed Toni Kroos this summer as the try to reclaim the Spanish championship.

4. Arsenal Tried to Hi-Jack the Deal

There were reports earlier on the August 28 that Arsenal might try to move for Falcao to replace their injured striker Olivier Giroud.

5. He’ll Be Facing Liverpool in the Champions League

Real Madrid got Liverpool in the Champions League on the same day the transfer was announced. The European Cup winners will also play Basel of Switzerland and Bulgarian heroes Ludogorets. 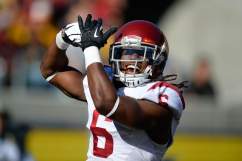