Those were the claims made by the victim’s father, Clarence and by attorney Gloria Allred, who scheduled the press conference at a hotel in Greater Atlanta.

The allegations against Marshall date back as far as 2006, when Marshall was at the University of Central Florida.

1. Marshall Was Suspended for 3 Games in 2008, but the Suspension Was Reduced to 1

Marshall was suspended for the first three games of the 2008 season following allegations that he assaulted Watley. But the suspension was reduced to a paltry one game — the basis for the victim’s claims that the punishment handed down by the league wasn’t nearly serious at all.

Watley’s father said at the news conference that he had written a lengthy letter detailing his daughter’s allegations, but Goodell did not take them seriously enough to issue a more severe punishment. He said Marshall had been “lightly penalized” after an incomplete investigation.

“It was just mystifying … that he reached this conclusion that he did,” Watley’s father said. 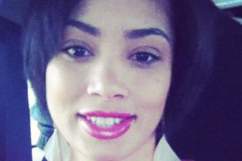 2. The Victim’s Father Said the NFL Didn’t Even Talk to His Daughter During the Investigation

Allred accused the league of running “sham investigations” into claims of domestic violence, including those against Marshall.

And a “mystified” Clarence Watley said at the press conference that the NFL did not even talk to his daughter or to any witnesses while investigating the matter.

The allegations of an incomplete investigation are strikingly similar to those involving the Ray Rice case, in which the NFL claims to have not seen video of Rice knocking fiancee Janay Palmer out in an Atlantic City elevator until TMZ published it two weeks ago.

3. Marshall Was Arrested on Domestic Violence-Related Charges in 2007 & 2008 but Never Convicted

As ESPN Chicago noted when the Bears traded for Marshall in 2012, the list of Marshall’s run-ins with the law is long and dates back to 2004, when he was playing for the University of Central Florida.

Over a five-year period, a slew of police reports were filed containing allegations against Marshall, several of which involved accusations that he assaulted Watley and one of which involved a fight between Marshall and his father in which Marshall’s father claimed Marshall fired a shot with a gun.

Marshall was arrested on charges of domestic violence and false imprisonment in March 2007 after allegations of a dispute with Watley. The charges were dismissed three months later after Marshall completed anger management classes.

In September 8, 2008 — after he had already been suspended for violating the league’s personal conduct policy — Marshall was charged with simple battery for his alleged role in a dispute with Watley the previous March. Marshall was acquitted of the charge in 2009.

4. Marshall Was Diagnosed With Borderline Personality Disorder in 2011

In 2001, when Marshall was with the Miami Dolphins, he announced he had been diagnosed with borderline personality disorder.

Since his diagnosis, he’s attempted to raise awareness of issues surrounding mental illness, and has remained out of legal trouble during that timespan.

From a June 2014 profile of Marshall in ESPN the Magazine:

Following his diagnosis three years ago, Marshall, now 30 and a Pro Bowl wide receiver for the Chicago Bears, set an ambitious goal: become for mental health what Magic Johnson is for HIV. He wants to make an off-limits subject commonplace. He’s reaching out to players who might need help, teaming with mental health organizations through his charity and raising awareness and cash for early-detection programs.

5. Goodell Had Already Been Facing Calls for His Resignation

Goodell is facing calls for his resignation over the league’s handling of the Ray Rice case and other domestic violence-related issues.

In the face of intense criticism, he announced Monday the hiring of four women in key executive and advisory roles to help shape the league’s policies toward domestic violence. Chief among the moves was the promotion of Anna Isaacson to the new position of vice president for social responsibility.

Just hours after a bombshell Associated Press report that called into further question whether Goodell has been telling the truth about the league’s handling of the Ray Rice saga, Goodell announced that former FBI director Robert Mueller III will conduct an independent investigation into the league’s information-gathering during the case.