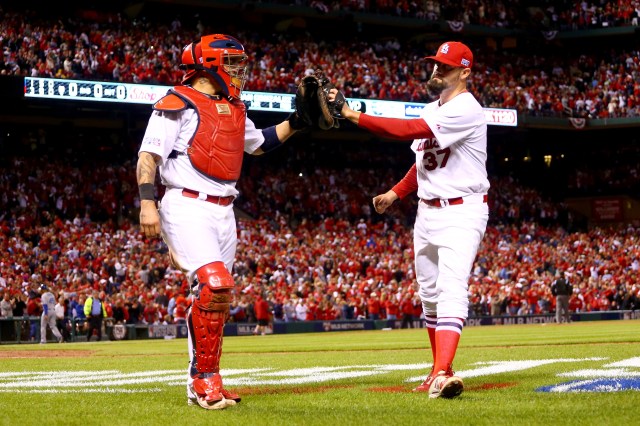 Here’s a link to the stats.

The Cardinals defeated the Dodgers 3-1 to take a two games to one lead in this NLDS. Aided by strong pitching and a couple of big home runs, the Cardinals are now closer to another NLCS.

The first few innings began with a few hits and neither team capitalizing. That changed when Carpenter, who had already hit two home runs in the first two games of the series, smashed another one to center field off Hyun-Jin Ryu, giving them a one run lead. 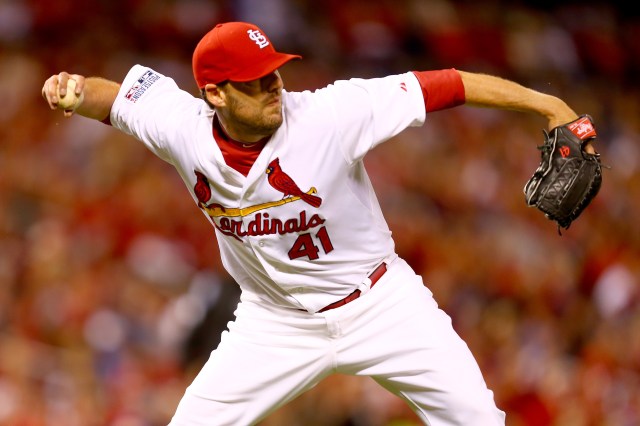 John Lackey’s had plenty of postseason success in his career and was outstanding once again today, allowing just one run over seven innings while striking out eight for the win. For the Dodgers, Ryu was no slouch either, also just giving up one run, striking out four in six innings. 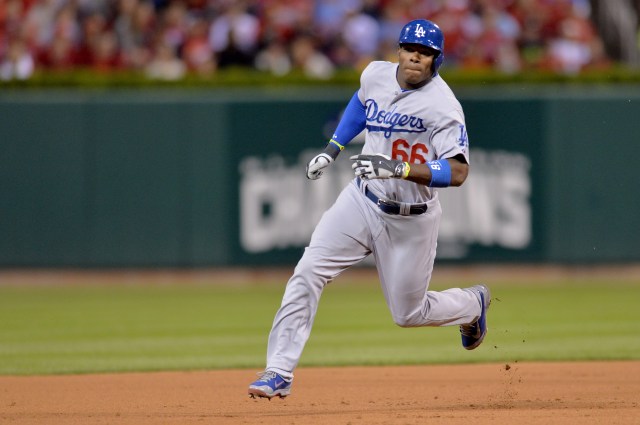 Yasiel Puig hasn’t exactly had the best series so far. In fact before this at-bat, he had struck out in his previous seven at-bats. But Puig put that behind him as he smacked a triple down the right field line to lead off the sixth. He came around to score when Hanley Ramirez hit a two out double, and the game was tied at 1.

Kolten Wong Homered for a Cardinal Lead in the Seventh

Think the Cardinals were happy when Ryu was taken out of the game? Lefty Scott Elbert relieveed Ryu only to give up a double to Yadier Molina and, with one out, a two run home run to Kolten Wong. Wong’s homer to the bullpen in right-center field gave the Cardinals a 3-1 lead that they wouldn’t relinquish.

After a dramatic eighth inning home run from Matt Kemp led them to a 3-2 win, the Los Angeles Dodgers take to St. Louis to face the Cardinals, with the series tied at one game apiece. The Dodgers send Hyun-Jin Ryu to the mound to keep their momentum going, while the Cardinals send out John Lackey to get them one game closer to a series win. We’ll keep you updated on highlights as the game progresses.