Wow! What a weekend of gambling in the NFL! Week 6 included three defensive touchdowns that changed the outcome of two spreads and a point total.

We were on the good side of Geno Smith’s interception returned for a touchdown by the Denver Broncos as Las Vegas reportedly got crushed on the game with the Broncos covering the eight-point spread with that last-minute pick-6. Unfortunately, Kirk Cousin’s late interception for a touchdown against Arizona cost us that spread, but that’s the way the cookie crumbles sometimes.

As a team, we are currently 45-43-2 and if it’s because of a little luck, well then we’d rather be lucky than good when it comes to battling Las Vegas.

Jets coach Rex Ryan is on the hot seat. (Getty)

This line is one of those that just seems too good to be true. New England is playing great football, hammering their last two opponents and scoring a combined 80 points in the two games. Brady has won six straight regular season home games versus the Jets (Nine TDs, one INT and 101.3 rating) and those were mainly against a competent Mark Sanchez. Geno Smith is struggling and as we found out in Week 6, he’s good for a pick-6 late if we need it to cover. 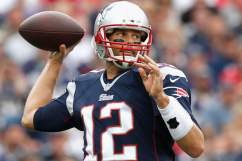 How to Watch Jets. vs. Patriots Live Stream Online

Last year, Andy Dalton threw for 275 yards and three touchdowns against Indianapolis. One was to A.J. Green and another to Marvin Jones. Both receivers will not play Sunday as Green is battling a toe injury and Jones was placed on Injured Reserve earlier this week. Cincinnati is trending in the wrong direction with a blowout loss and a gut-wrenching tie the last two games while the Colts have won four straight. Make it five.

This game is hard to handicap. Washington (1-5) has only beaten Jacksonville this season and Tennessee (2-4) is coming off a win against Jacksonville, albeit, a close and unimpressive one. Jake Locker’s status for the game remains uncertain and with that said, it’s tough to back Tennessee if Charlie Whitehurst has to go. Washington has been close their last two against Seattle and Arizona, two good teams, and they are due for a breakout game from Alfred Morris.

THE PICK: The Washington Football Team (-5.5) 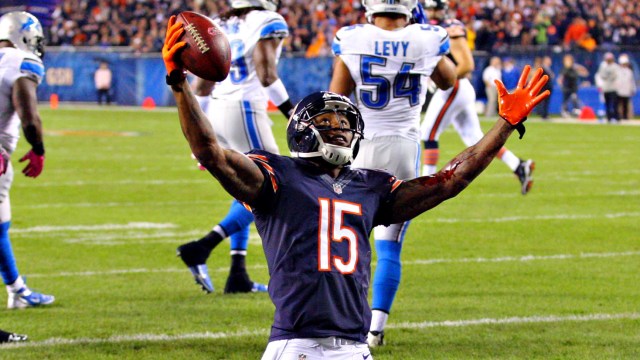 The Bears are looking to break through at Solider Field, where they are 0-2 so far this year at home. Ryan Tannehill is 0-4 on the road against NFC opponents in his career (Five TDs, 6 INTs, 76.6 rating). The matchups on the outside are nightmares as big-bodied receivers Brandon Marshall and Alshon Jeffrey have enormous advantages over Brent Grimes and Cortland Finnegan, the tiny Miami cornerbacks.

Jacksonville stinks. You just can’t back them right now. But how will Cleveland handle being the favorite, especially on the road? Coach Mike Pettine has instilled faith in his guys and says, “We want to play as a favorite. Hey, this is a potential trap game for us.” The Browns see the opportunity and the soft schedule ahead of them.

St. Louis came out blazing against the 49ers on Monday night as they led 14-0 early on. That lead quickly evaporated and they were clearly out-classed by the 49ers as they ran away with the game 31-17. It doesn’t get any easier as they invite the Seahawks fresh off their second home loss ever under Russell Wilson and looking to bounce back. This is a bad spot for undrafted free agent quarterback Austin Davis. Seahawks “get right” in this game.

Both these teams come in scintillating on offense and Cam Newton looks to be getting healthier as he rushed 17 times in Week 6 en route to a tie in Cincinnati. Rodgers and company eked out a win in Miami and return home where they have won 30 of 33 with Rodgers under center. October has been good to the Pack as they have won 15 of their last 16 games played in this month. It would be shocking if Carolina can put together back-to-back 30-plus-point performances on the road.

Atlanta stinks on the road. Plain and simple. They haven’t been able to protect Matt Ryan at all and their defense is being gashed against the run as they’ve given up the second most yards in the league on the ground. Baltimore got out in front quickly last week at Tampa Bay and was able to cruise. Don’t overthink this one. In a battle of birds, the Ravens beat the Falcons.

Teddy Bridgewater was sacked EIGHT times last week against Detroit and now they have to go up against the league’s second-best pass rush in Buffalo. The rookie Bridgewater hasn’t looked comfortable since he made his starting debut in the Falcons game a few weeks ago. Surprisingly, the Bills have looked good against the NFC North going 2-0 with wins over Detroit and Chicago. Now they get the division’s weakest team in their house.

Desperation can make an ordinary team a very dangerous one. The Saints are off a bye and may be without their best playmaker in Jimmy Graham, but Sean Payton and company will find a way to put points up on what is right now the league’s best defense, statistically. It helps that the Saints will play in a dome when traveling to Detroit so their team speed will still be evident, but without Calvin Johnson this Detroit offense isn’t the same. Don’t write off Drew Brees just yet.

It’s famously noted that Andy Reid was 13-1 off a bye week as head coach of the Philadelphia Eagles. So far he’s 0-1 off a bye as coach of the Chiefs; a Week 11 loss to Denver in 2013 started a stretch of bad play by the Chiefs to close out the season. San Diego is red-hot. Winners of five straight and mostly in dominant fashion, the Chargers struggled last week with the Raiders as Derek Carr passed all over them. Outside of Kansas City’s season-opening loss to Tennessee they’ve been a good football team. The backdoor is open as well with the points.

This is such a trap game for bettors. The Giants were embarrassed and shut out 27-0 on Sunday night against Philadelphia. Dallas is fresh off the most impressive win of the year at Seattle in Week 6 and has won five straight since the season-opening loss. A lot of teams would let down in this situation, but Dallas can run the football and control the clock. LeSean McCoy had 144 yards against the Giants last week and we expect DeMarco Murray to replicate McCoy’s performance.

Tony Sparano gets his guys to play hard. We backed the Raiders last week and they covered for us as Derek Carr almost led the black and silver to a come-from-behind victory, but ultimately fell short. Sparano is a “player’s coach” who has always overachieved in that position with the talent he’s been given (See: Miami Dolphins 2008 roster). Carson Palmer is supposedly healthy and will look for revenge on his old team, but we’re not buying Arizona’s ability to blow teams out as they let Washington hang around last week until a late defensive touchdown opened it up. 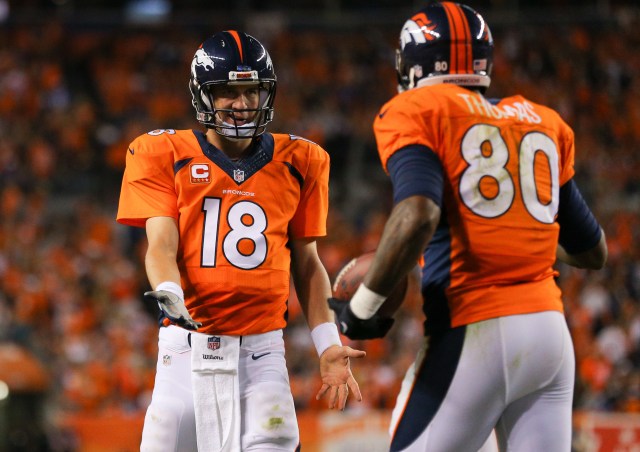 This is the toughest game on the board in our opinion. Both teams come in playing good football and there is the outlying factor of Peyton Manning chasing Brett Favre’s all-time touchdown record on primetime football. The 49ers started very slowly in Monday’s comeback win against the Rams and if they start slow again a mile above sea level to Manning … they won’t be able to catch up.

We were on Houston and Pittsburgh last week and both failed to come through. What did we learn? Houston cannot play from behind as they have a backup quarterback in Ryan Fitzpatrick as their starter and Pittsburgh’s defense is a shell of the dominant defenses we’ve come accustomed to in the early part of the millennium. The Steelers were embarrassed last week in Cleveland and will bounce back in this game. Plus, you’d feel safer siding with Ben Roethlisberger than Ryan Fitzpatrick, right?