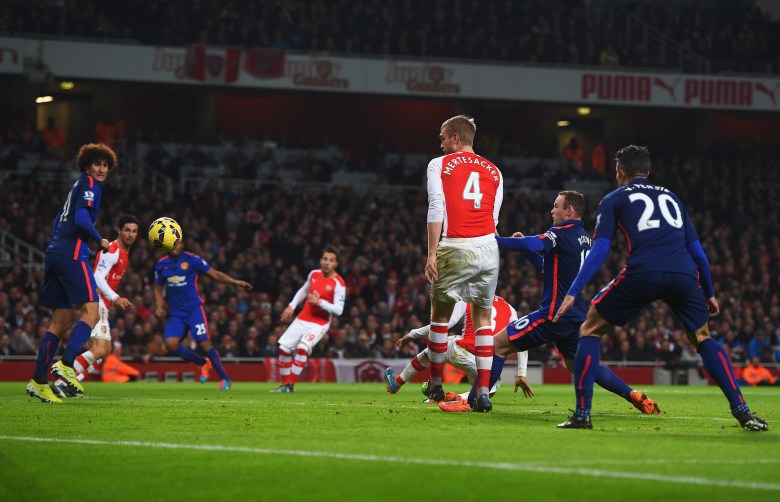 Kieran Gibbs of Arsenal (blocked) scores an own goal to give Manchester United the lead during the Barclays Premier League match between Arsenal and Manchester United at Emirates Stadium on November 22, 2014 in London. (Getty)

It’d be hard to imagine a much more brutal stretch midway through the second half for Arsenal. First, the team lost one of its best players when Jack Wilshere went off with an injury.

Next, the team surrendered an own goal — the first goal of the game for either team — when Keiran Gibbs deflected Antonio Valencia’s shot into the net, giving the hosts a 1-0 lead at 55:20. 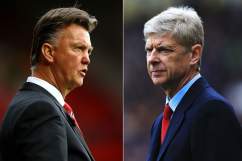