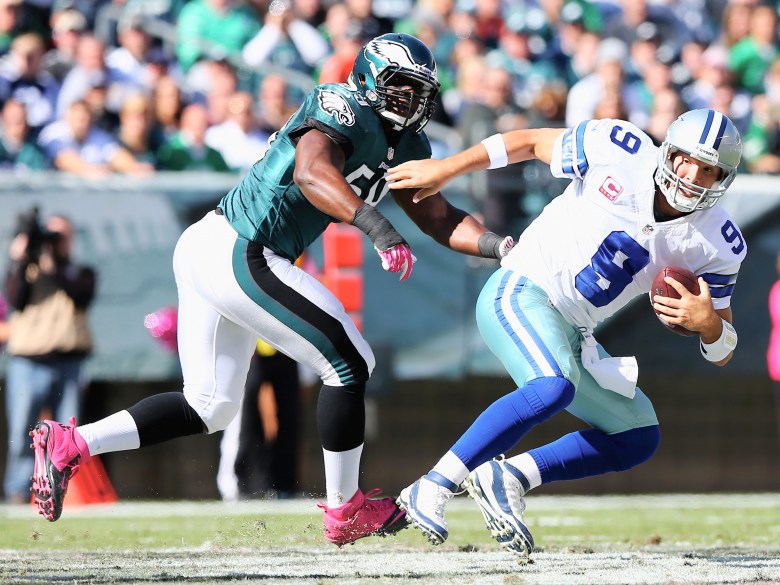 The Dallas Cowboys host the Philadelphia Eagles in a Thanksgiving showdown for the upper hand in the NFC east division race. The Eagles (8-3) behind backup quarterback Mark Sanchez are coming off a 43-24 blowout against the Tennessee Titans. The Cowboys (8-3) play the shortened week after an intense Sunday night 31-28 comeback win against division rival the New York Giants. This matchup has been hyped since it became clear that this was a two-team division race.

Nick Foles has begun to work out. He’s cleared to practice and was seen throwing in warmups against the Titans. Despite being cleared to work out, he still will not play. Sanchez has been inconsistent, but has led Chip Kelly’s Eagles to a 3-1 record without Foles. He played well against the Panthers on Monday Night Football in Week 10, played mediocre against the Packers in a blowout loss in Week 11, and threw two interceptions against the Titans this past Sunday.  In his four games this season he has posted a quarterback rating of 86.8, throwing seven touchdowns and six interceptions.

DeMarco Murray continues to have a stellar season totaling 1,354 yards total so far and averaging 5.1 yards per carry.  He will be a challenge for the Eagles rush defense, which is 16th in the league and gives up an average of 109 yards per game. Dallas will also have the duty of containing LeSean McCoy as he goes up against the Cowboys 13th ranked run defense. Dallas’ passing game is ranked in the middle of the league, 17th, but Philadelphia’s pass defense is one of the worst in the league.  This game should be a shootout.

According to Bovada, Dallas is a 3-point favorite for the Thanksgiving Day game.  After a comeback win against the Giants on the road, the Cowboys will build on the momentum they have heading into this showdown as they return home for their annual Thanksgiving game.

The game begins at 430 p.m. on FOX. Joe Buck and Troy Aikman will be calling the game. 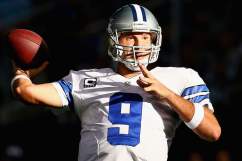 How to Watch Eagles vs. Cowboys Live Stream Online