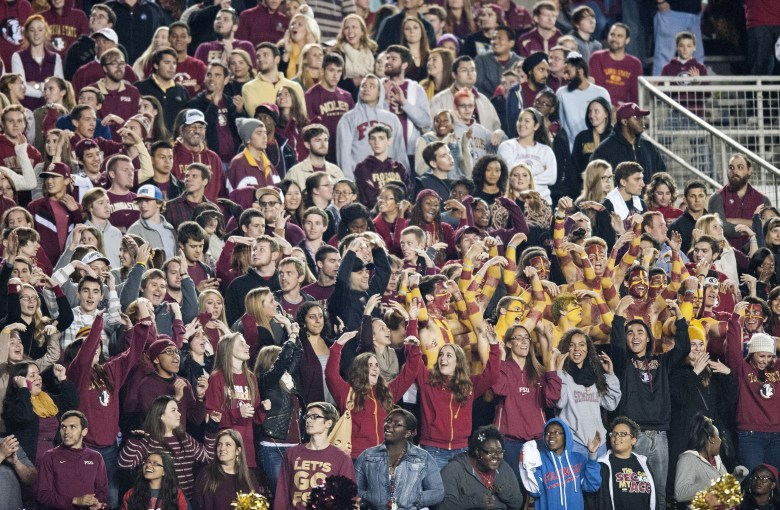 Another day, another scare for Florida State. The Seminoles, trying to hang on to their undefeated season and their ranking at No. 3 in the College Football picture, held on for dear life Saturday at Doak Campbell Stadium, beating unranked Boston College 20-17 to win their 27th straight game dating back to last season.

The Seminoles (11-0 overall, 8-0 ACC) needed a field goal by Roberto Aguayo with 3 seconds left to beat the Eagles (6-5, 3-4), the latest team to come close to toppling the defending national champions.

Roberto Aguayo knocks in 26-yard FG with :03 left to give Florida State a 20-17 lead over Boston College. That should seal 'Noles' win.

Roberto Aguayo, widely considered to be the best kicker in the country, had a rare misstep Saturday when he missed a 40-yard field goal in the third quarter that would have given Florida State the lead.

But when Aguayo came on to kick a 27-yarder with 7 seconds left, there was no way the All-American was missing.

Tyler Murphy’s Touchdown Tied it for BC

A 30-yard touchdown strike from Jameis Winston to Nick O’Leary put Florida State up 17-10 heading into the half, but the Eagles answered with 6:21 left in the third quarter, when Tyler Murphy scored from 21 yards out to tie it at 17.

Murphy faked a handoff before running up the middle and then breaking out wide toward the left sideline.

Florida State had a chance to reclaim the lead on its ensuing possession, but the normally solid Aguayo missed a 40-yard field goal attempt with 3:36 left in the third quarter.

Aguayo’s miss wasn’t the last one. The Eagles had a chance to take the lead with 4:42 left in the game, but Mike Knoll missed from 42 yards out, giving Winston and Co. the ball back needing only a field goal to take the lead.

Preview: An Emotional Day in Tallahassee

Doak Campbell Stadium will be packed as usual Saturday when third-ranked Florida State tries to keep its unbeaten season alive against Boston College.

Saturday’s game, though, will be extra meaningful. It’s the first football game since a former FSU student opened fire inside the university’s library, injuring three before being fatally shot by police, and the crowd at the Doak figures to be extra emotional.

The Seminoles (10-0 overall, 7-0 ACC) held their place at No. 3 in the latest College Football Playoff rankings after coming from behind to beat Miami last Saturday. The Eagles (6-4, 3-3) have had an up-and-down season that has included wins over USC and Virginia Tech but a blowout loss to Colorado State.

Keep it here for live scoring updates and highlights throughout the game. 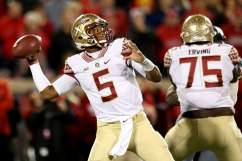