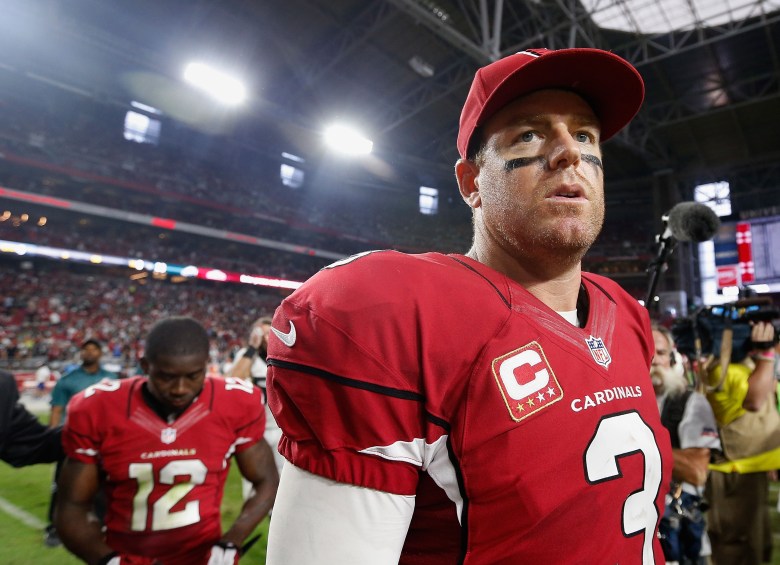 The Cardinals rewarded Carson Palmer for the team’s 7-1 start by giving him a huge new contract. (Getty)

Carson Palmer has helped lead the Arizona Cardinals to an NFL-best 7-1 start, and the Cardinals decided to reward their veteran quarterback last week with a three-year, $50 million contract extension that will keep him in Arizona through the 2017 season.

Carson Palmer has agreed to a 3 year extension with Arizona worth $50M in total. He was set to be a free agent after 2014 season

The team didn’t announce the terms of the deal, but ESPN’s Chris Mortenson was among the reporters tweeting out some details.

According to Mortensen, the deal has $20.5 million in guaranteed money, all of which comes in the next two years. The final two years of the deal — 2016 and 2017 — are not guaranteed.

As sports accountant Robert Raiola pointed out on Twitter, Palmer will reach at least $138 million in career earnings by the end of the deal. (Hat tip to the NFL Network’s Ian Rappoport for re-tweeting Raiola’s tweet.)

#Cardinals signed Carson Palmer to 3 yr ext with reportedly $20.5 guar. he will have made at least $138M by end of the deal in #NFL career.

As plenty of people have pointed out, that’s a lot of money for a 34-year-old who’s never won a playoff game. But when you look at Palmer’s success relative to other recent Arizona quarterbacks, it’s not hard to understand why the Cardinals wanted to lock Palmer up.

Here’s a look at his stats compared to his most recent predecessors via ESPN.

Carson Palmer received his contract extension from @AZCardinals on Friday. What do the numbers say? pic.twitter.com/yIGfBqSZET

The Cardinals, who lead the defending champion Seahawks by two games in the NFC West and the Eagles and Lions by a game for the best record in the NFC, host the Rams on Sunday. 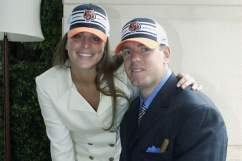 Read More
Breaking News, Football, NFL
Carson Palmer is having one of the best seasons of his career, and the Cardinals just rewarded him with a 3-year, $50 million contract.