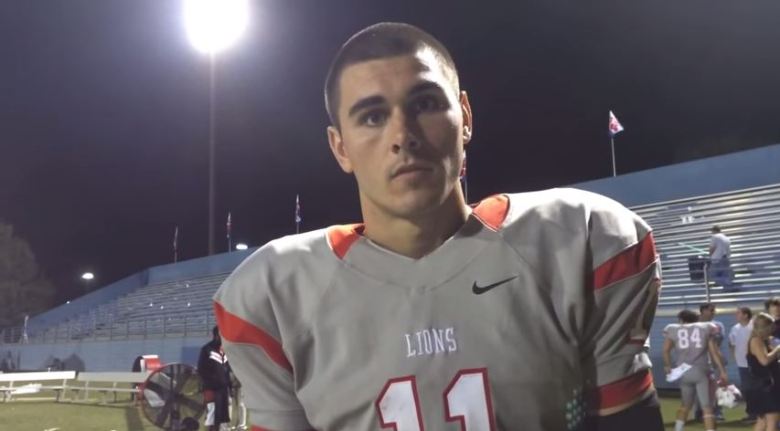 Chad Kelly, a former Buffalo area high school quarterback, was arrested early Sunday morning after police reported he fought with bouncers — and later with police — trying to evict him and another person from a downtown bar and restaurant.

Ole Miss QB signee Chad Kelly (yep, him) threatened to “spray” a nightclub with an AK-47… then his evening got worse. http://t.co/k5kqdxB3aZ

Police reported that Kelly and his companion had refused to leave Encore at 492 Pearl St. about 3:15 a.m. Sunday and punched a bouncer in the face. Kelly’s companion, Brandon Hickey, had been thrown out of the bar earlier and tried to re-enter.

According to police, Kelly continued to fight with two bouncers and said: “I’m going to go to my car and get my AK-47 and spray this place.”

2. Kelly Is the Nephew of NFL Legend Jim Kelly

3. Kelly Was a High School Star in Buffalo

Ole Miss signee and nephew of Jim Kelly arrested for threatening to shoot up bar with AK-47. http://t.co/4dF5ntfMA7 pic.twitter.com/33tnlYyofq

Kelly played his high school football for St. Joseph’s Collegiate Institute. In 2011, Kelly was named The Buffalo News Player of the Year as well as the New York State Sportswriters Association Class AA Player of the Year.

4.Kelly Had Just Signed a Letter of Intent to Play at Ole Miss

He signed a scholarship offer with the University of Mississippi on Wednesday. Kelly enrolled at East Mississippi Community College for the 2014 season, and he threw for 3,905 yards and 47 touchdowns as EMCC won its third National Junior College Athletic Association title in four years on Dec. 6. Kelly was regarded as the nation’s top junior college quarterback this season.

5. Kelly Was Dismissed From Clemson in April Because of Questionable Behavior 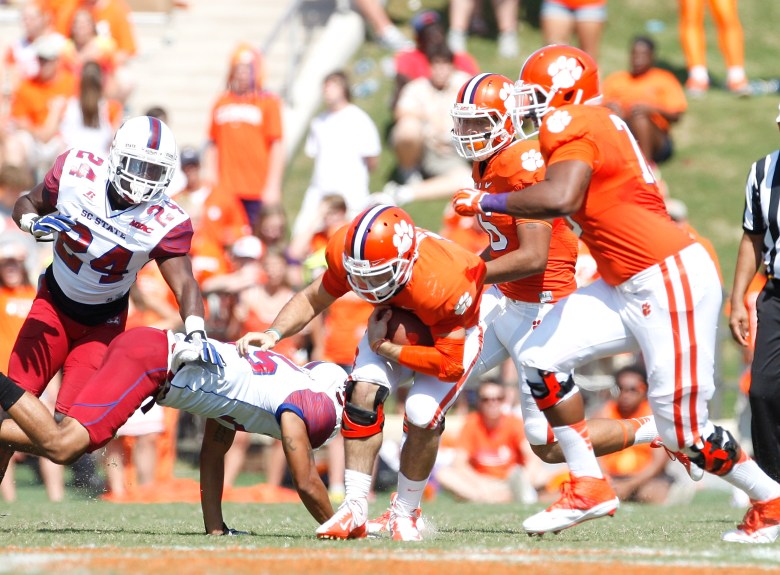 Clemson dismissed Kelly from the team because of “conduct detrimental to our program.” Tigers coach Dabo Swinney released a statement:

“He has had a pattern of behavior that is not consistent with the values of our program,” Swinney said in the release. “I hope he will mature and grow from this and become the man and player I know he can be. I wish him nothing but the best in the future academically and athletically.” 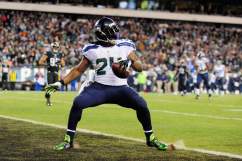