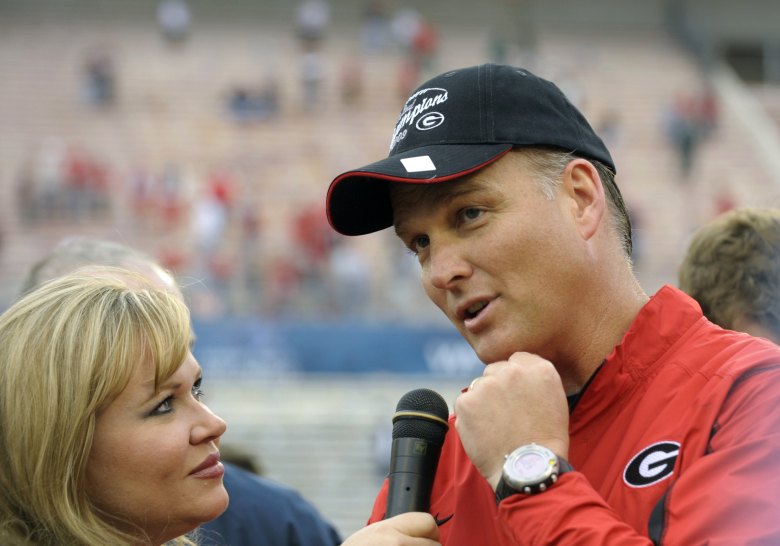 Versatile and experienced, Holly Rowe will be on the sidelines for ESPN when Alabama and Ohio State square off in the Rose Bowl of the second semifinal of the first-ever College Football Playoff on Thursday night.

The game, which is scheduled to kick off at 8:30 p.m. Eastern, will feature Brad Nessler on the play-by-play and Todd Blackledge providing analysis.

Rowe has worked with the pair on ESPN’s Saturday primetime college football games since 2009.

Here’s all you need to know about Rowe: 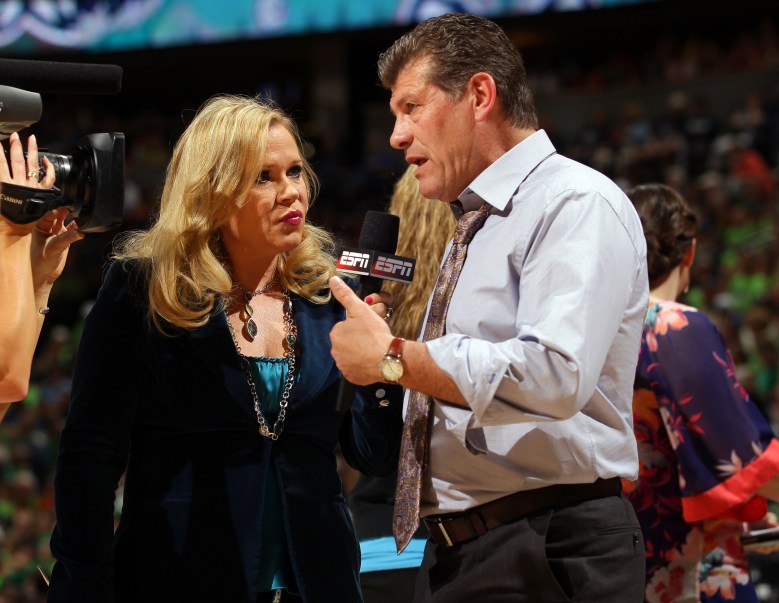 Rowe got her feet wet as a sideline reporter on certain telecasts with ABC Sports in 1995-96 and ESPN in 1997, but became a fixture with ESPN in 1998. Her main duties for sideline reporting are for college football and men’s college basketball, though she also dabbles in the NBA, WNBA and softball.

In addition to reporting, Rowe has play-by-play experience, mostly women’s college basketball and volleyball for ESPN. She has also called the 1998 Women’s World Cup and women’s basketball, volleyball and gymnastics for BYU (1993-2009).

Rowe got her start in the business as a sports reporter and anchor for a number of television and radio stations in her home state of Utah.

2. Rowe Was The Object of Controversial Comments From a Co-Worker

Rowe was the object of some controversial remarks from co-worker and booth man Ron Franklin in 2005.

“If the coaches are giving up, what does that say to the players?” Rowe said.

George Solomon, ESPN’s ombudsman at the time, called Franklin’s tone “demeaning” and “disrespectful to the audience and to a colleague.”

Franklin was at it again in during the 2010 season when he got into it with reporter Jeannine Edwards. This one got Franklin fired. Read about it here.

3. Rowe is a Tenacious Reporter

The reporting business is a cutthroat one. Take a look at the above clip and you’ll see that first-hand. In the clip, it appears Rowe doesn’t mind mixing it up to get her interview.

Here is another example of Rowe throwing her personal safety to the side for an interview:

This next one Rowe is only on for the first 20 seconds or so. East Carolina football fans might be interested in the rest:

4. Rowe’s Other Interests Include Making Documentaries

Rowe has written and produced a number of documentaries which have aired on ESPN, BYU TV and Fox 13 in Salt Lake City, Utah.

She also had an ESPNW video series called “Front Rowe.”

According to IMDb.com, Rowe has an acting credit under her belt as well. She apparently appeared in the 2007 Sci-Fi short film “Look Both Ways.”

5. Rowe is a Utah Graduate 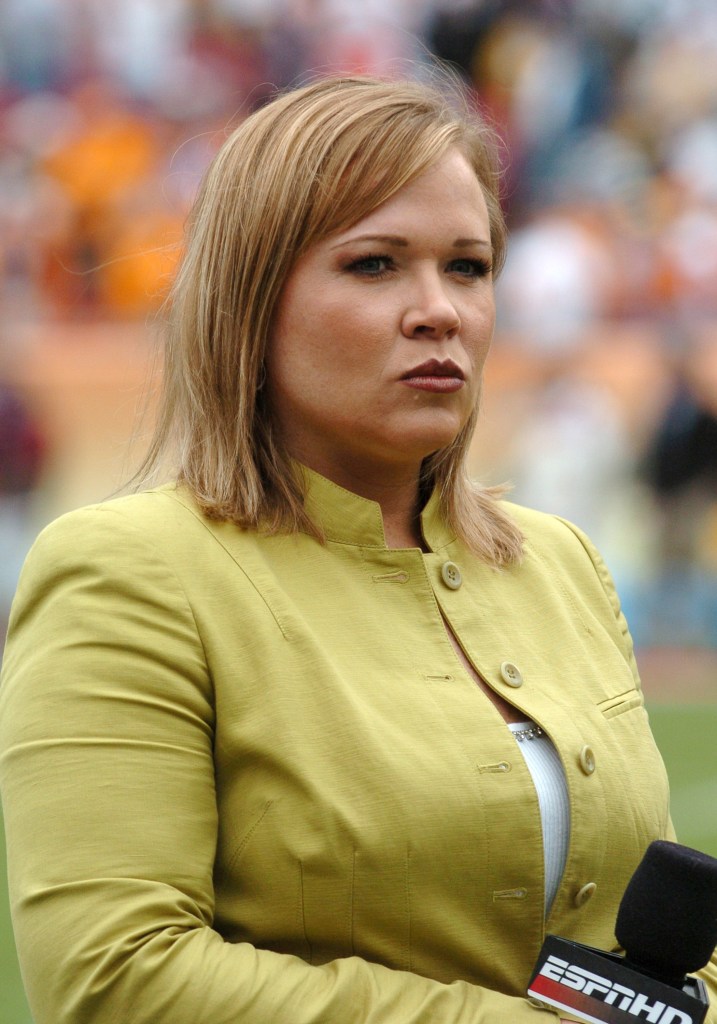 Rowe, 48, graduated from the University of Utah in 1991 with a degree in broadcast journalism.

She represented the state of Utah as a delegate at the 1988 Republican National Convention, which was held at the Superdome in New Orleans. It was the site for the famous George H. W. Bush “Read my lips: no new taxes” speech. 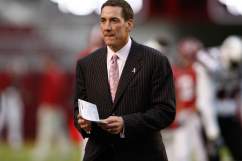