Sorry, Shaun Hill just doesn’t move the meter. He was really bad in the game against Arizona last week, while Eli and company handled the Redskins with ease in Week 15. Eli found his new favorite target, Odell Beckham Jr. He’ll face a stiff test in Janoris Jenkins of the Rams, but in this situation, with both teams out of the playoffs, guys are playing for their coaches and jobs. We’ll back the better quarterback in this situation.

What a win for the Bills last week in beating Green Bay. They put themselves in the hunt for the wild card picture, but will probably need to win out and get help in order to make the playoffs. This looks like a key “letdown” spot for the Bills, on the road at one of the league’s worst teams with New England on the horizon in Week 17. The Bills defense is good enough to win this game on their own and will shut down Derek Carr.

We have faded Dallas almost every game at home and backed them nearly every game on the road. They simply don’t have a home field advantage in Jerry’s World. Couple that with DeMarco Murray’s broken hand and the Cowboys will need to lean on Tony Romo to get the job done. Indianapolis would prefer this game be a shootout and Andrew Luck against that sieve defense of Dallas’s is a prime matchup. We’ll back Luck and company here as they play for playoff seeding at this point.

This is a massive game for both teams if Arizona wants to maintain the #1 seed in the NFC or if Seattle wants to steal it away. But Arizona’s defense is so underrated. They blitz more than any team in the NFL and will up for the task of carrying them to a win if need be. Eight is too many points for a divisional game in primetime football on the road to be laying. We’ll take our chances on Bruce Arians and the Cardinals defense.

When the lights get bright, Andy Dalton gets small. Dalton has not played particularly well in his career on primetime football and what make this Monday night game any different? Both teams desperately need the game, but Denver just has more weapons on offense and defense. Vegas saying Denver minus three on the road is more like Denver minus six at home or on a neutral field. Peyton hasn’t played well as of late. We’d imagine him to turn it on for this one. 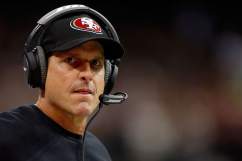