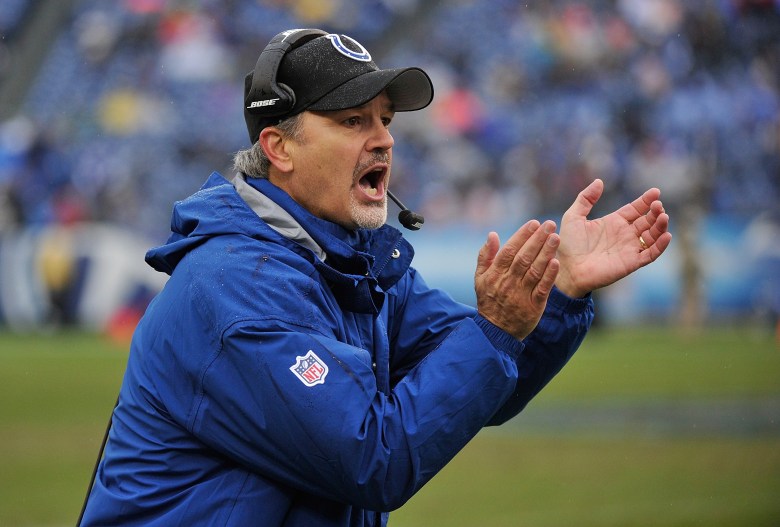 Chuck Pagano has his Indianapolis Colts one victory from the Super Bowl. (Getty)

Chuck Pagano has won big games on the field but even bigger battles off it. The head coach of the Indianapolis Colts defeated cancer in the autumn of 2012 and has led his team to 2 straight AFC South titles.

The Colts have gone 11-5 in each of his 3 seasons, appearing in the playoffs every year as well (3-2 record). Indy plays at New England Sunday in the AFC Championship.

A safety at Wyoming (1980-84), Pagano began his coaching career at USC in 1984. He kicked around the college ranks until joining the Cleveland Browns in 2001 as their secondary coach. After a 1-year stint at North Carolina as the defensive coordinator, Pagano was lured back to the NFL by the Ravens. After 3 seasons (the last as the defensive coordinator), Pagano landed the Colts head coaching gig.

Here’s what you need to know about Pagano: 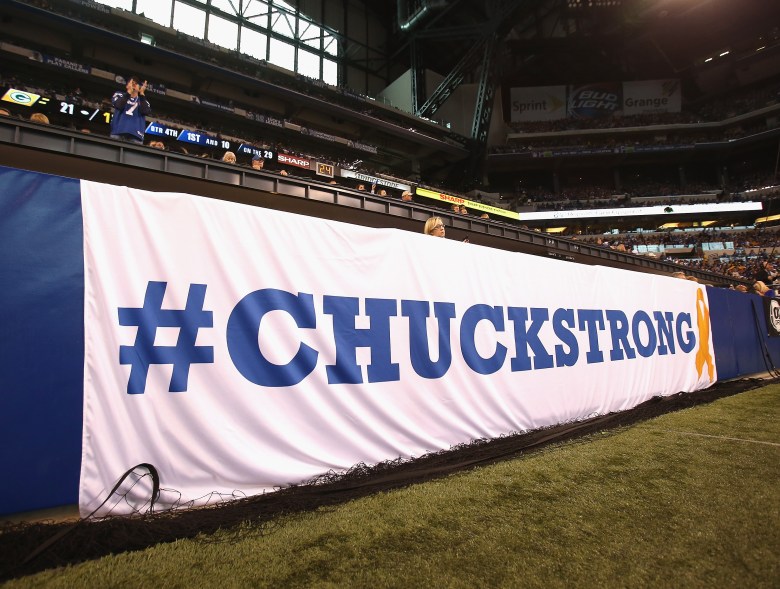 Pagano was diagnosed with acute promyelocytic leukemia in September of 2012 when he was in his 1st season as the Colts coach. He took a leave of absence and assistant Bruce Arians took over.

Pagano underwent 3 months of chemotherapy and in early November it was announced the cancer was in remission. He returned to his duties as coach in Week 17 and the Colts beat the Texans in his 1st game back on the sidelines.

Indianapolis went 11-5 that season and lost in a wild-card playoff game to Baltimore.

2. The ‘Chuckstrong’ Movement Was Born & Pagano Wrote a Book 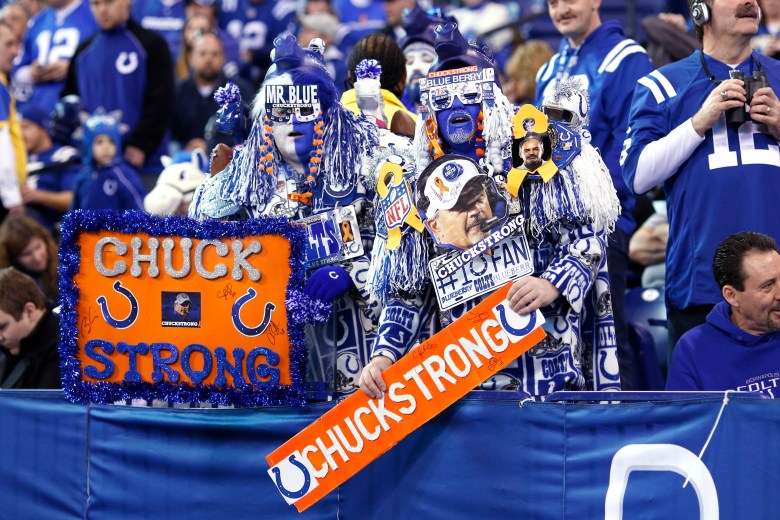 When Pagano was diagnosed with cancer, about 25 Colts players and 2 cheerleaders shaved their head in show of support for their coach. The movement of support became known as “Chuckstrong” and it has raised more than $1.7 million for cancer research at the Simon Cancer Center at Indiana University.

The coach also wrote a book entitled “Sidelined: A Winning Season in Perspective” to help raise money for cancer awareness and to inspire others who were battling the disease.

3. Pagano & His Wife Have 3 Daughters 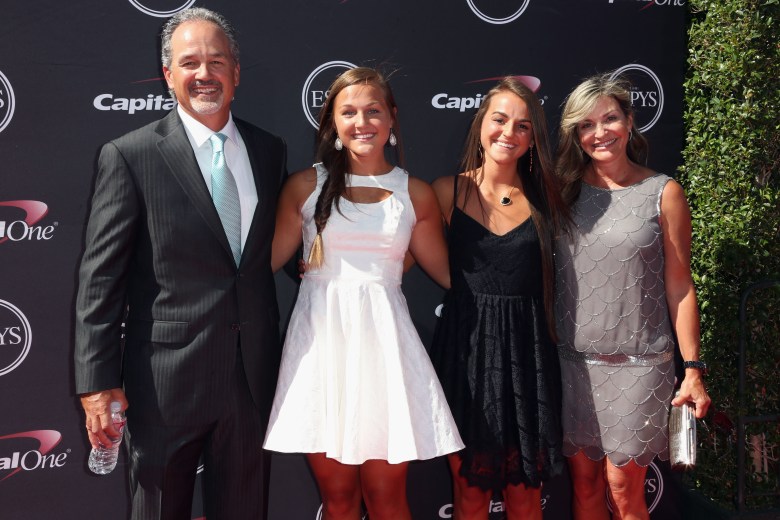 Chuck and his wife, Tina, have three daughters, Tara, Taylor and Tori, and three granddaughters, Avery, Addison and Zoey.

His wife can often be seen at Colts games and most of the family attended the 2013 ESPY’s when Pagano was nominated in the “Best Moment” category for his return to the sideline during the regular season finale.

Here is the ESPN information on Pagano’s nomination:

In his first year as a head coach, Chuck Pagano was diagnosed with leukemia after Week 3 of the season. The diagnosis inspired an improbable playoff run with Pagano returning to coach the team in Week 17, leading the Colts to a 28-16 victory over the Houston Texans.

4. Pagano is Known For His Emotional Speeches

Pagano is a fiery and emotional guy and it often comes out in his words.

The above speech was delivered during his time away from the team when he was undergoing chemotherapy. 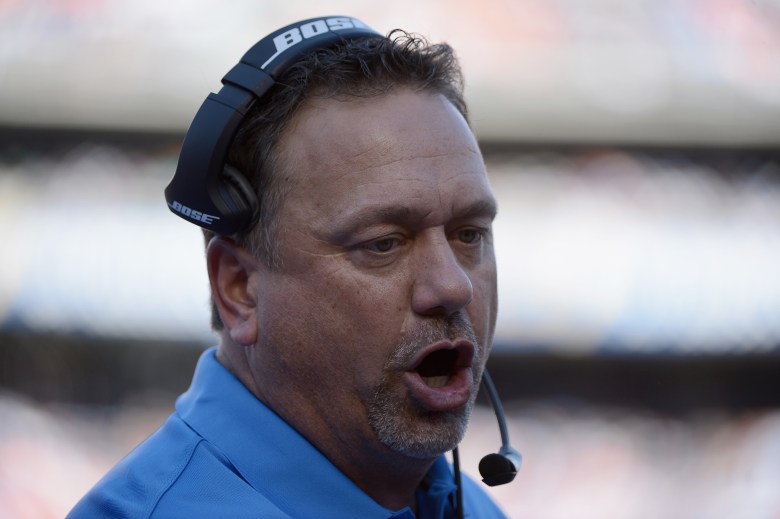 Chuck’s younger brother John is the defensive coordinator for the San Diego Chargers. He joined the team in 2002 as a defensive quality control coach and worked his way up the ranks to coordinator in 2012.

John, 47, and Chuck played for their father Sam at Fairview High in Boulder, Colorado. John was an all-state linebacker, Chuck a safety. 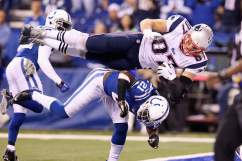