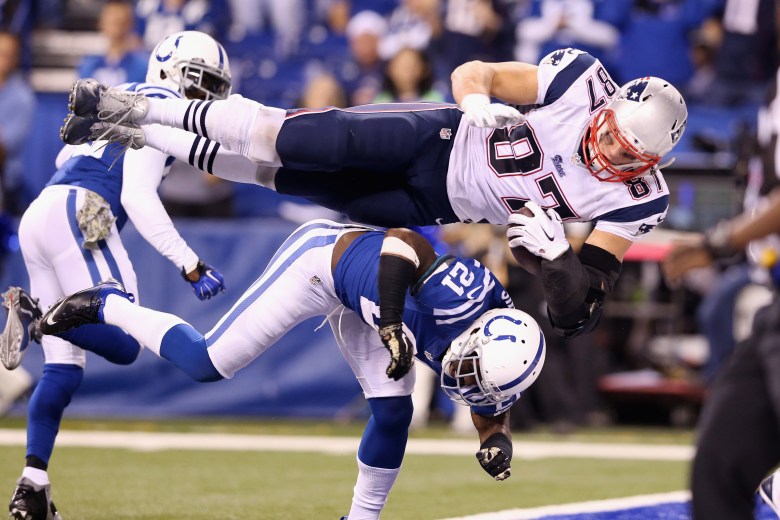 The Colts travel to New England to face Rob Gronkowski and the Patriots in the AFC Championship Game on Sunday. (Getty)

In what has become an annual ritual, the New England Patriots and Indianapolis Colts are playing each other in a football game.

In fact, the Patriots and Colts have already met once this season, but the stakes are a little bit higher this time. You win, you go to the Super Bowl. You lose, you watch the Super Bowl from your couch.

When the teams clash at Gillette Stadium on Sunday in the AFC Championship, it will be their 20th meeting since 2000. NE holds a 13-6 edge, including 3-1 in the playoffs.

Whether it has been Peyton Manning or, now, Andrew Luck under center for Indy, Tom Brady always seems to have the upper hand. Luck is 0-3 vs. the Pats in his young career and all games have been blowouts.

The Colts made the Super Bowl after the 2009 season but lost to the Saints. They won it all in 2006 when Manning was the QB.

Despite his propensity to turn the ball over on occasion, Andrew Luck has entered elite status (4,761 yards and 40 touchdowns) and T.Y. Hilton has helped him get there with a team-leading 82 receptions. Donte Moncrief is emerging, and Coby Fleener, Luck’s former teammate at Stanford, and Dwayne Allen, the team’s other tight end, lead the squad with 8 TDs apiece.

There is no running game to be seen here. Dan Herron is the workhorse now, but the Colts aren’t fooling anyone. They’re passing.

You don’t associate the Colts with defense very often, but they have clamped down in the postseason. They just held Peyton Manning’s Broncos to 13 points and the week before it was the Bengals for only 10.

The Patriots are clicking on offense again. Shocking, I know. We all know about Tom Brady and Rob Gronkowski and Julian Edelman and what they can do. But now we’re seeing Brandon LaFell and Danny Amendola start to contribute a bit more. Not exactly what opposing defenses need to hear.

As with the Colts, the Pats running game is pretty much non-existent lately. They ran for 14 yards last week vs. Baltimore. Yet they still won. You never know who Bill Belichick is going to rely on in the backfield (BB’s a fantasy football manager’s worst nightmare), but there could be room to run against Indy’s middle-of-the-pack rush D.

New England’s slightly better-than-average pass defense will be put to the test vs. Luck. But the Pats do have a guy named Darrelle Revis in the secondary.

There isn’t going to be much defense played in this game. Both teams have the weapons to excel in track meets, so why not use them? This game will be played more like Patriots-Ravens than Colts-Broncos.

And that favors the Patriots.

As stated above, Brady is starting to get Amendola and LaFell more involved and that spells bad news for the Colts, who will already have their hands full with Gronk and Edelman.

The Colts’ confidence is soaring after last week’s upset in Denver, but they’re going to need a lot of Luck (the QB) and luck (the good kind) to beat the Pats in Foxboro.

The Patriots punch their ticket to Glendale, Arizona. 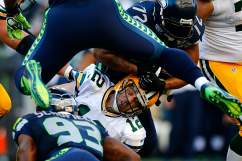