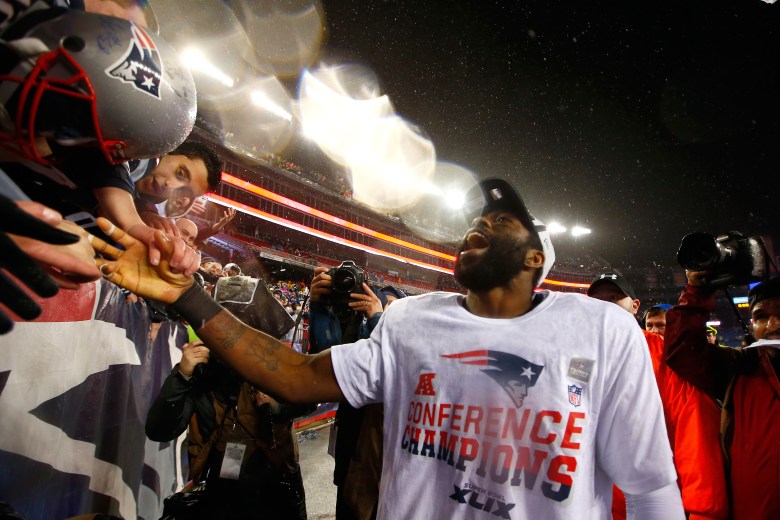 Darrelle Revis, one of the best cornerbacks in NFL history, has finally won a Super Bowl. Now, he’s headed back to be with his former Jets team. The former first round pick and father of two, daughter Deyani and son Jayden, has been in the league for eight seasons and has played with three teams.

His first stint with the Jets was cut short when he tore his ACL and was eventually traded to the Buccaneers. After one year with them, he signed with the Patriots. He holds two Jet records after six seasons with the team.

Revis has missed out on only two Pro-Bowls — his rookie season and the year he was out due to injury. In 2009, he was named AFC Defensive Player of the Year, and in 2011 he led the AFC in interception return yards. He was also named Comeback Player of the Year in 2013. Along with his 23 interceptions and six forced fumbles, Revis has recorded 391 tackles and two sacks.

1. The Jets Traded Revis After 6 Seasons 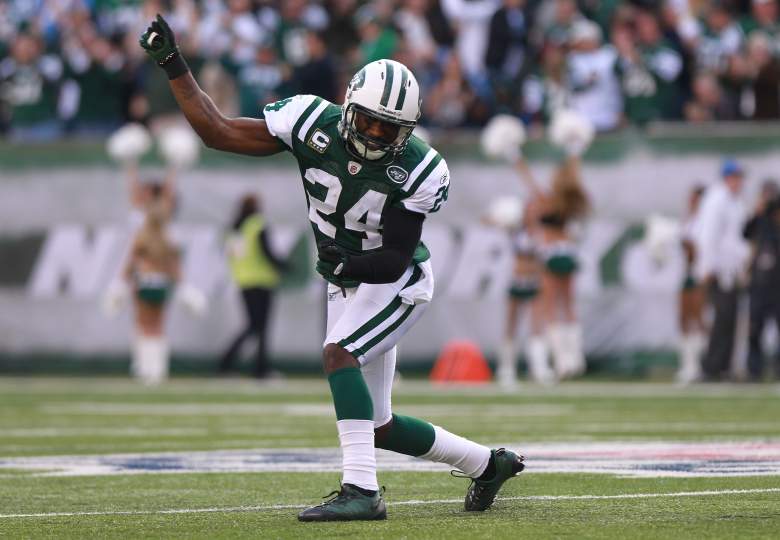 The Jets traded up to take Revis 14th overall in the 2007 draft. Contract negotiations caused Revis to miss the first three weeks of his first camp, but he and the team eventually agreed on a five-year, $36 million deal.

He again missed training camp time because of a holdout in the 2010 season. This time, the sides agreed on a four-year, $32 million contract.

Revis was a huge piece that kept the Jets defense one of the top three in the league and got the team to consecutive AFC Championship games in 2009 and 2010.

In the first game of the 2012 season, Revis suffered a concussion that caused him to miss Week 2. When he returned in Week 3, he tore his ACL. After missing the remainder of the season, Revis was traded to the Buccaneers on April 21, 2013. In return, the Jets got a first-round pick in the 2013 Draft, used on Sheldon Richardson, and a fourth-round pick for 2014. Richardson made the Jets appreciate the move when he was named Defensive Rookie of the Year.

Revis set the Jets record for most career passes defended with 98 and tied the record for longest interception returned for a touchdown with 100 yards. This record-tying score came in the 2011 season against the Miami Dolphins and caused a lot of controversy as there was a clear holding call missed on the play. 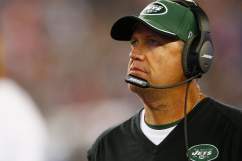 Rex Ryan to the Bills: 5 Fast Facts You Need to Know

2. Jets Owner Woody Johnson Said He Would Take Revis Back 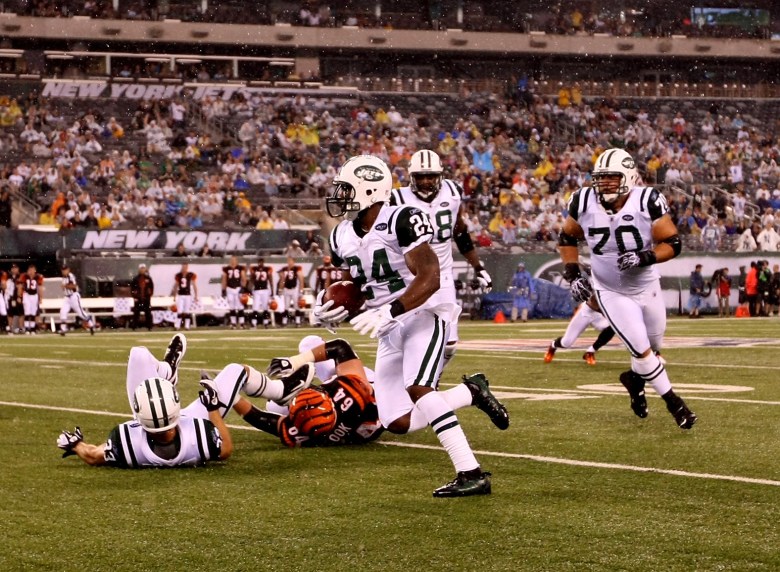 Jets owner Woody Johnson recently said he would like to have Revis back on the team, but later said he misspoke, according to the New York Daily News.

During his postseason press conference, primarily to discuss firing coach Rex Ryan and general manager John Idzik, Johnson mentioned the team’s decision to not bring Revis back after being released by the Buccaneers. These remarks came after Johnson was told by PR he was not allowed to talk about players on other teams. The team holds the option on whether he stays, but if they keep him, they’ll face a $25 million cap hit, according to HNGN.  The website suggests the team would be better off with a more manageable extension, but Revis has a history of holding out.

Here’s what Johnson had to say at the press conference:

“Darrelle is a great player. If I thought I could have gotten Darrelle, for that (contract), I probably would have taken him. … It was our best judgment to do what we did. But Darrelle’s a great player. I’d love Darrelle to come back.

Revis still has a year left on his contract with the Patriots, but is expected to become a free agent after their season ends.

“I would think that the league would look into those comments. … I’m sure that’s something that they would look into,” Belichick said on WEEI in Boston.

After Belichick’s statement, Johnson said he had misspoke when he made his earlier comments.

“I misspoke today when I commented on Darrelle Revis,” Johnson said in a statement. “I would never interfere in the contractual relationship of a player with another team and should not have used those words. I called Robert Kraft this afternoon to emphasize those points.” 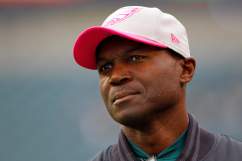 3. Revis Used to Have a Strained Relationship With Belichick 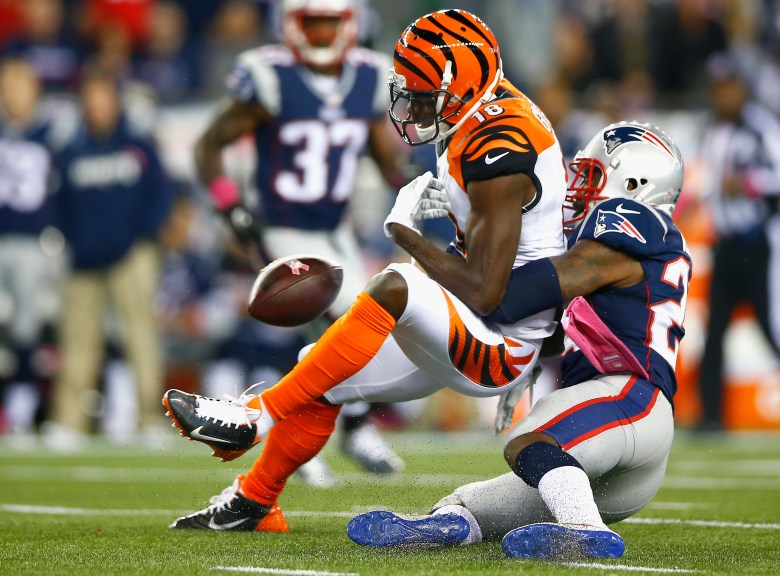 As is common with rivals, Revis and Belichick were not the best of friends when Revis was playing for the Jets. But despite him calling Belichick a “jerk” on ESPN, the two have put their differences aside to work together on what may become a championship season — the first in Revis’s legendary career.

In the article, Revis said that working with him, as opposed to against him, has given him a different appreciation for what the coach does.

A lot of people might not say that outside looking in, but we’re with Bill every day. We hang out with him every day. We’re in the meetings with him every day, so we’re around him all the time. I really feel like he’s a players coach. I feel like he runs it how he wants to run it, but at the same time, you have to go out here and work. … I don’t have discipline problems. Bill’s the coach,” Revis said. “Whatever he says goes, you gotta listen to him. And that’s how it goes. I’m here to do my job and help win games. That’s all I’m there for. 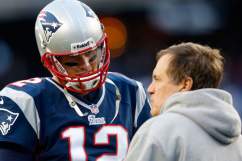 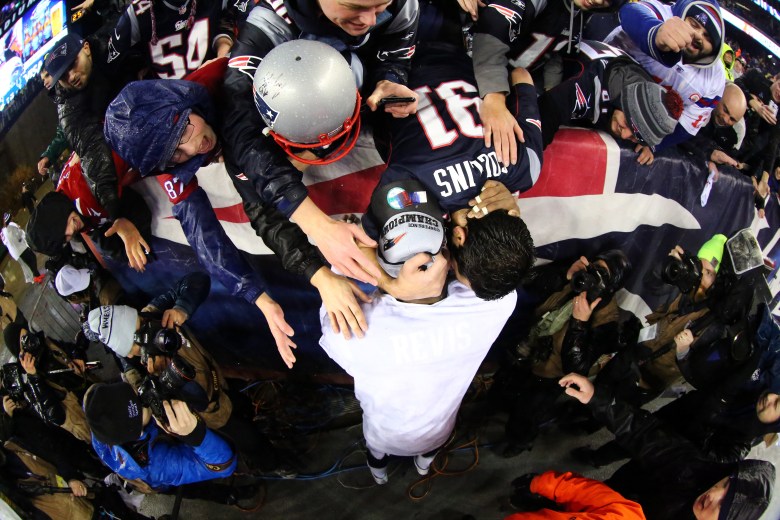 On September 24, 2013, after three years of waiting, Revis’s request to trademark the term “Revis Island” was finally approved, according to Bleacher Report.

Throughout his career, the area defended by him has been referred to as “Revis Island,” stemming from his dominant one-on-one coverage that all but removes top receivers from the game.

5. Revis is Very Critical of His Play 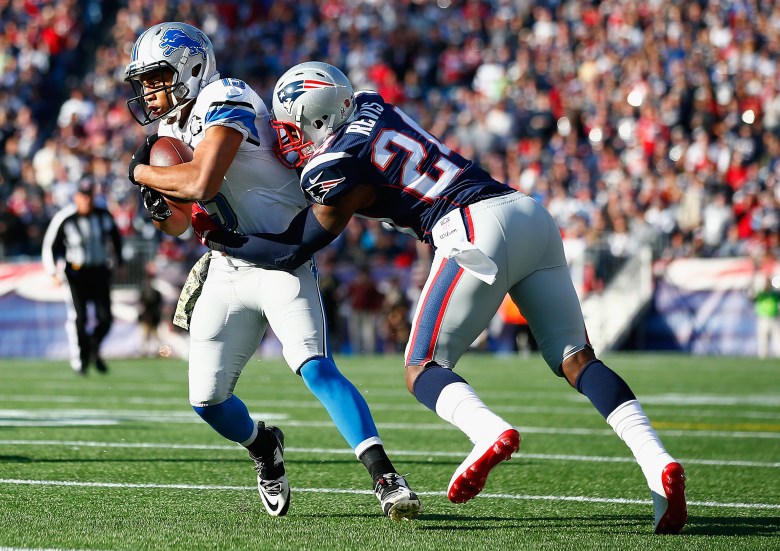 According to a MassLive article, Revis is very hard on himself while watching game film.

“He’s doing a lot of self-scouting. Sometimes we’ll be sitting in the locker room, like right now, and he’ll be on his iPad cussing himself out…I’ll be like, ‘What’s wrong with you? Something happen?’ And he’s looking at film of the previous week trying to make corrections. … He’s one of the hardest workers there is, whether it’s on the field or off the field. It’s contagious (when) guys are watching film with him.

Even quarterback Tom Brady had something to say about his intensity.

“He’s one of the most competitive guys I’ve been around at that position,” Brady told MassLive. “I mean, he hates when you catch a ball on him.” 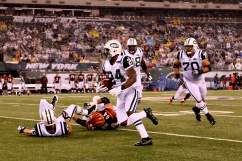 Darrelle Revis to the Jets: 5 Fast Facts You Need to Know