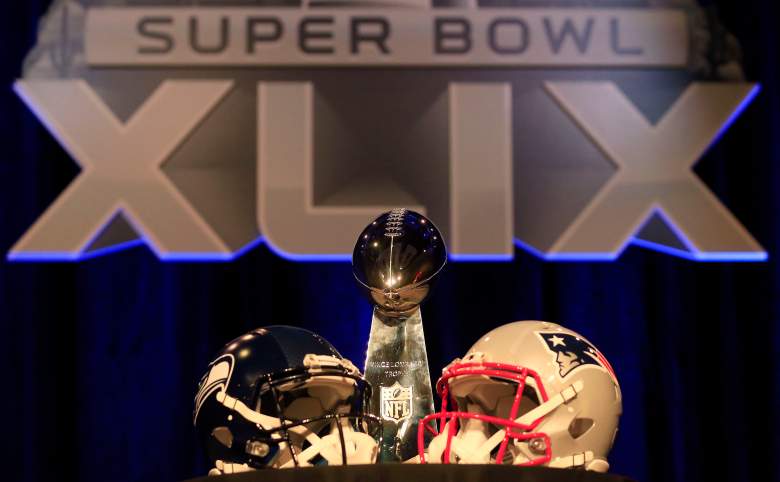 Fans will be able to live stream Sunday’s Super Bowl on NBC without a log-in. (Getty)

NBC is making it easier to watch the Super Bowl if you can’t be in front of a television Sunday.

In a promotion called “Super Stream Sunday,” the network is streaming 11 continuous hours of content related to the Super Bowl. The programming includes the Super Bowl between the Seattle Seahawks and New England Patriots; the halftime show featuring Katy Perry and Lenny Kravitz; the pregame and postgame shows; and the midseason debut of “The Blacklist.”

And in a break from NBC’s normal online protocol, you will not be required to log in to any cable subscription services to gain access.

The streaming will be available through NBCSports.com and the NBC Sports Live Extra app on iPads, Android tablets and iPod touches.

The network added they don’t have live streaming rights to mobile devices, so watching the promotion on an iPhone or Android won’t be possible.

The game kicks off at 6:30 p.m. Eastern and will be televised by NBC.

NFL.com and Superbowl.com will link to the live stream of the game to NBC.

For the inaugural College Football Playoff National Championship between Ohio State and Oregon, ESPN used a promotion called “CFP Megacast,” which, in addition to airing the game live on ESPN, featured different shows and productions across the network’s many platforms to enhance the viewing experience.

ESPN reported record viewing numbers from Ohio State’s 42-20 victory. This is from a network press release on the Megacast:

Beyond the traditional telecast, ESPN offered more than 12 ways to watch last night’s championship game through the “CFP Megacast.” Collectively, ESPN2, ESPNU, ESPN Deportes and ESPNEWS, along with ESPN, combined to average 34,148,000 viewers and an 18.6 US household rating. This year’s “Megacast” increased viewership and ratings by 30 percent and 26 percent, respectively, over the 2014 BCS National Championship Megacast – the first multi-network telecast of this kind, which attracted 26,205,000 viewers and a 14.8 rating. Note: Television ratings for ESPN Classic, and ESPN Goal Line, which were part of the CFP Megacast, are not available.