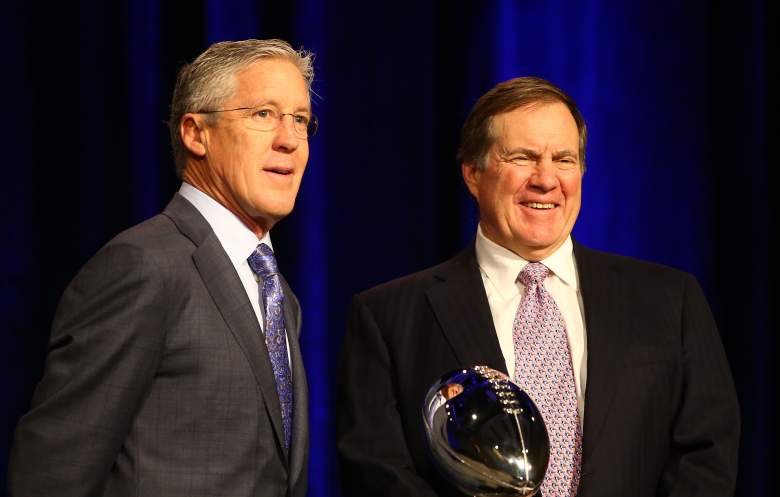 Pete Carroll and Bill Belichick are both in their 60s and at the top of their games. (Getty)

Seattle’s Pete Carroll, 63-years-old, and New England’s Bill Belichick, 62, are the second- and third-oldest coaches in the NFL.

They also happen to be two of the best. Run-of-the-mill coaches don’t normally make it to the Super Bowl. And certainly not multiple times as Belichick and Carroll have (Sunday’s game will be Carroll’s second Super Bowl).

It’s the first Super Bowl matchup where both head coaches are over 60.

When the two square off Sunday, one of them will become the 3rd-oldest coach to ever win a Super Bowl. Actually, Carroll won last year when he was 62 years and 140 days old and is currently No. 3 on the list.

Both Carroll and Belichick have some pep in their step and appear younger than they are.

Carroll, a former college safety who will turn 64 on September 15 of next season, can often be seen tossing the football around Seahawks’ practices and appears to be in great shape.

And Belichick, who will be 63 on April 16, bounces around Boston with his girlfriend, Linda Holliday, who is a decade younger.

The youngest coach to ever win a Super Bowl? Jon Gruden was 39 years and 162 days when his Tampa Bay Buccaneers dusted his former Oakland Raiders 48-21 in SB XXXVII in 2003.