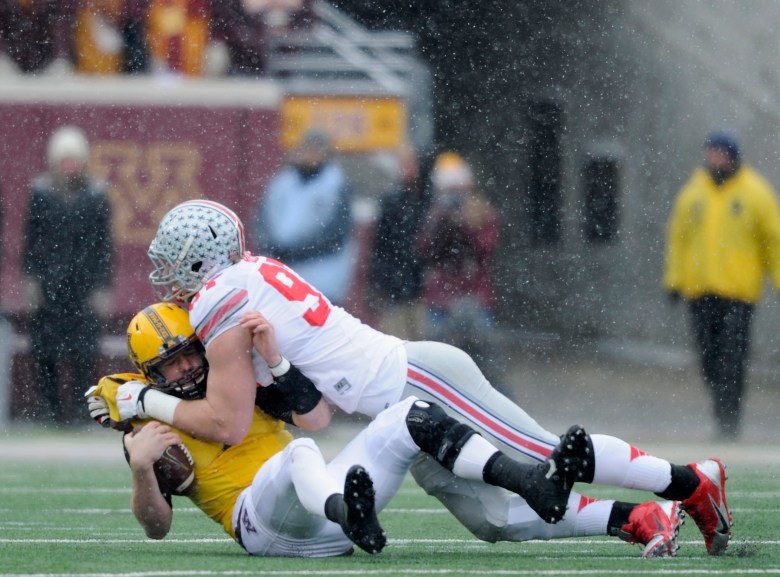 The sophomore has been a nightmare for quarterbacks and offensive lineman (and running backs, too) for the 13-1 Buckeyes, who play No. 2 Oregon in the inaugural College Football Playoff National Championship Monday night at Cowboys Stadium.

Here’s all you need to know about Bosa:

Bosa has been sacking quarterbacks since he’s stepped on the Columbus campus in 2013. As a freshman he had 7.5 sacks, really turning it on in the last 5 games.

This season, Bosa has 13.5 sacks, which ranks him 5th nationally. He also has 20 tackles for loss. Both numbers lead the Big Ten by a wide margin.

The above clip shows Bosa getting the “walk off” sack in a double OT win earlier this year over Penn State.

2. Bosa Is a 1st-Team All-American 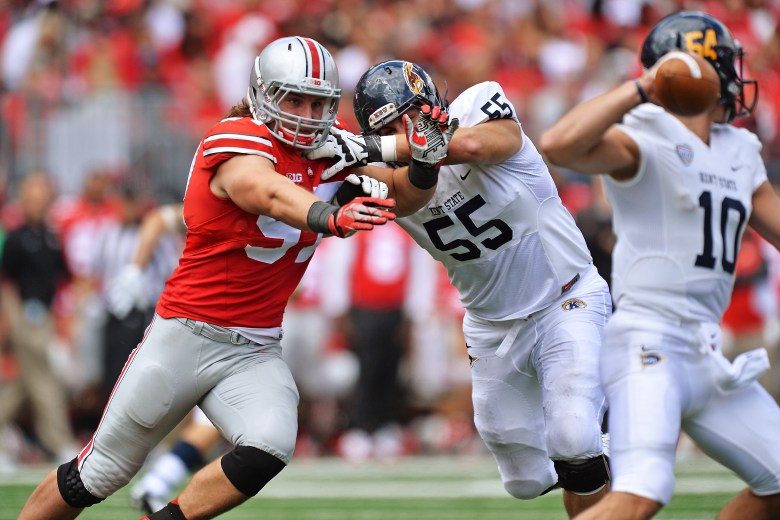 For his efforts, Bosa was named to the AP All-America first team.

Bosa lined up mostly at defensive end, the position he made on the All-America team, but he moved inside occasionally and was a stout run defender.

3. Bosa Is a Freakish Athlete

Bosa is lightning-quick off the line for someone of that size (6-5, 285). That quickness, along with brute strength and technique, is how he’s been able to pile up the sack numbers and be so effective against the run.

And he can do a standing backflip. Take a look at the clip above.

Bosa played at Florida football power St. Thomas Aquinas. The all-state selection had 19 sacks over his final 2 years and won the Class 7A state championship his senior season.

Bosa chose Ohio State over Alabama, Florida State, Florida and Wisconsin, among others. 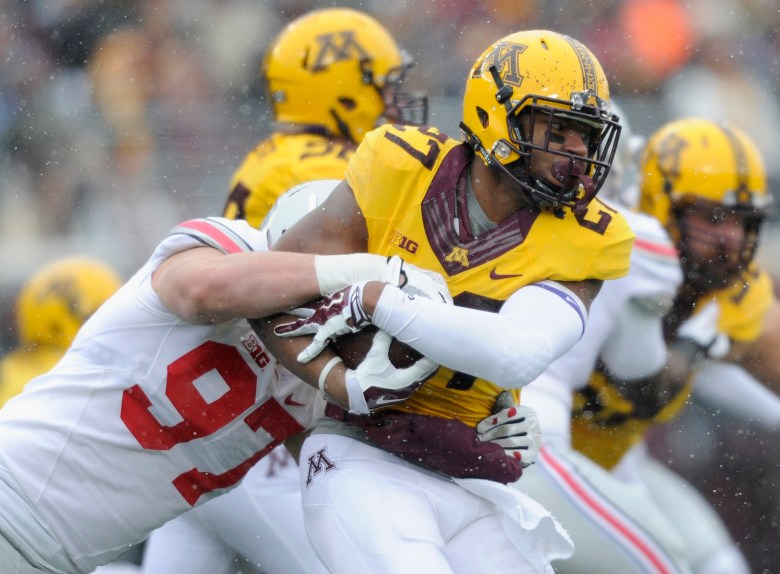 John Bosa, Joey’s father, was a standout defensive tackle for Boston College and was a was a 1st round selection (16th overall) by the Miami Dolphins in the 1987 NFL Draft. He played 3 seasons in the league.

Joey Bosa’s uncle, Eric Kumerow, was a star linebacker for Ohio State from 1984-87, serving as a co-captain his final season.

Joey’s mother is Cheryl, who is an Ohio State graduate.