With boxing legends Floyd Mayweather Jr. and Manny Pacquiao confirmed to meet on May 2, sportbooks have already started taking bets on who will win the fight. 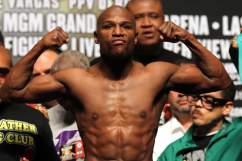 The bout will to take place at the MGM Grand in Las Vegas, Nevada– to be broadcast by both HBO and Showtime Pay Per View.

It’s still too early for over/under numbers or prop bets to be posted, but the books have Floyd Mayweather Jr. as a clear favorite.

Pacquiao will enter the ring after easily out-pointing a game but overmatched Chris Algieri in November 2014. Prior to that, Pacquiao had defeated Timothy Bradley and Brandon Rios after being flattened in a sixth-round knockout-loss to nemesis Juan Manuel Marquez in 2012.

Although observers note that the two fighters will come to the fight past their prime, there is no denying that Mayweather continues to dominate his opposition while Pacquiao has shown signs of a decline in punching power, and some have argued that the Filipino star has lost that killer instinct that propelled him to legendary status.

Come May, both Mayweather and Pacquiao will be looking to further cement their legacies as they near the end of their long and illustrious careers.

Arguably, Mayweather has the most on the line going into the fifth bout of his over-$100 million six-fight deal with Showtime/CBS, as he will be defending his treasured unblemished record– one victory short of Rocky Marciano’s record-setting 49 straight wins.

A win for Pacquiao would prove that he is the true No. 1 pound-for-pound fighter of our time, and fans would gain an undisputed champion they can root for, instead of hoping to witness him getting knocked out. 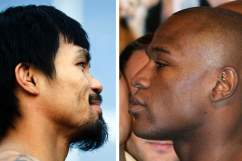 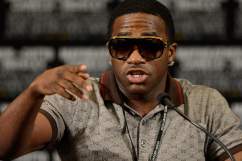