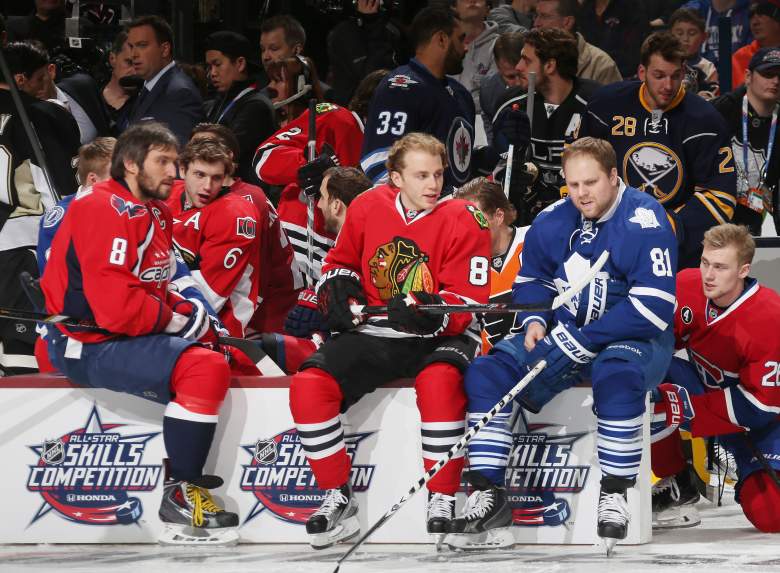 It was a record-setting night and now Wayne Gretzky, Mario Lemieux and John Tavares all have something in common. The captain of the New York Islanders is in his sixth NHL season and his team has been one of the year’s biggest surprises. Tavares’ performance in the 2015 NHL all-star game shows the Isles’ success isn’t a fluke.

Tavares tied an All-Star Game record scoring four goals as Team Toews defeated Team Foligno, 17-12. Jakub Voracek scored a record six points with three goals and three assists and Team Toews set an All-Star record with the most goals scored by a team in one game. The goal total between for both teams was a combined 29, breaking the previous record held in 2001.

The game was an onslaught of stick handling, wicked shots and dazzling goals. The teams exchanged goals in the first period, starting with Radim Vrbata’s breakaway 3:09 into the game. Team Toews came back and scored three minutes later when Ryan Getzlaf went top shelf. Tavares scored his first goal of the night during the final minute of the first period.

Team Toews broke the game wide open when they scored seven goals in the second period. Tyler Seguin, Rick Nash, Filip Forsberg all added goals along with the multiple tallies by Tavares and Voracek.

Here are the game’s highlights:

In the midst of the second period, Stamkos’ breakway goal tied the game at 6-6.

Ryan Johanssen was the MVP of the Game 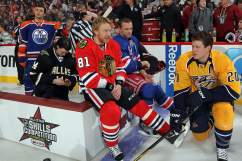