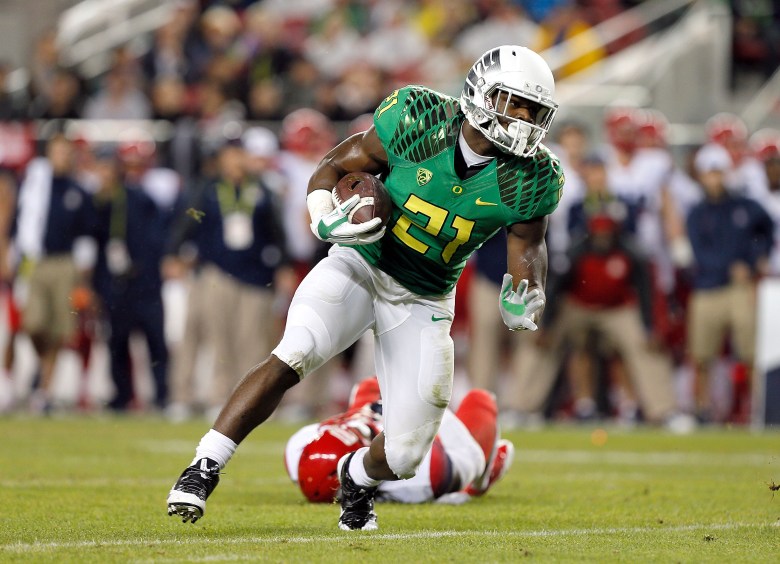 Oregon freshman running back Royce Freeman made his presence felt right away, rushing for 5 touchdowns in his first 3 collegiate games.

But he didn’t record his first 100-yard game until the Ducks’ 6th contest, which happened to be the week after their first loss.

He then exploded, taking control of the Oregon backfield en route to a 1,000-yard rookie season as he and his teammates get set for Monday night’s championship game against Ohio State.

Here’s all you need to know about Freeman:

1. Freeman Was Named The Pac-12 Offensive Rookie of The Year

Thanks to a season which saw him rush for 1,343 yards and 18 touchdowns, Freeman was named the Pac-12 Freshman Offensive Player of the Year. He also garnered 2nd-team all-conference honors.

2. Freeman’s Best Game Was Against Washington

After racking up 121 yards and 2 touchdowns the week before vs. UCLA, his 1st 100-yard game, Freeman dominated the Washington Huskies.

In the best game of his short career, the 6-foot, 229-pounder ran for 169 yards and 4 TDs. Both still stand as season-best marks.

3. Freeman Will Get Some Help in The Backfield 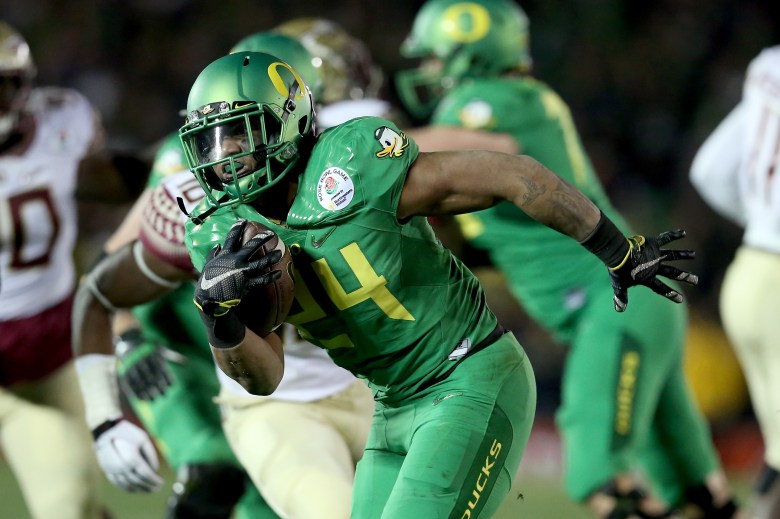 Thomas Tyner will also get carries in the Oregon backfield Monday night. (Getty)

While Freeman is the clear-cut No. 1 runner, the return of Thomas Tyner should help the Oregon backfield.

Tyner had a promising rookie season (711 yards, 9 TDs), but injuries limited him in 2014. He ran for 124 yards and 2 TDs in Oregon’s thrashing of Florida State in the semifinal.

4. Freeman Was a High School Star in California

Freeman was rated among the top running backs in the country and one of the top prospects in California by 247 Sports. Accumulated 2,824 yards and 41 touchdowns rushing his senior year at Imperial High. He also had three 300-yard games.

Freeman chose Oregon over Alabama, Florida State, USC and Wisconsin, among others.

5. Freeman Is a Biology Major 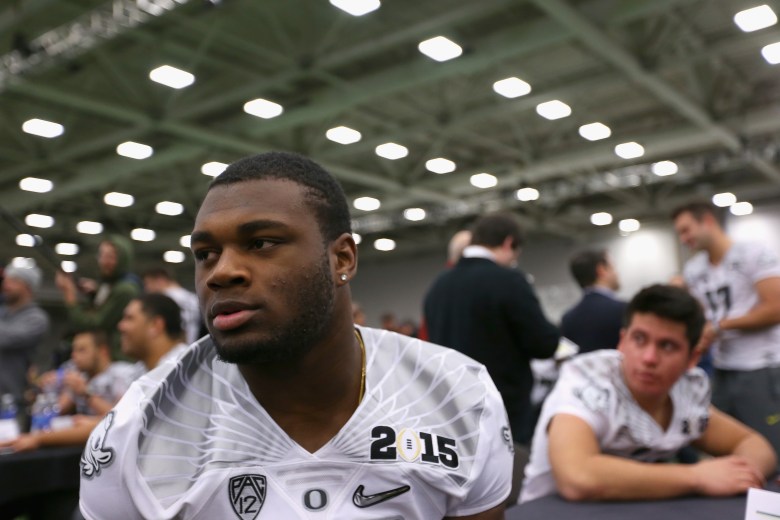 Freeman is a biology major at Oregon, but it’s unknown if he plans to pursue a field in the science after graduation. But if you ask Ducks head coach Mark Helfrich, Freeman can do anything he wants.

“He’s got a great personality to be great at anything, whether he was a congressman or a tailback or business owner. He has a smile on his face, asks great questions and goes to work. He’s a pretty calm character — just goes out and goes to work.”

Read More
5 Fast Facts, College Football, College Football Playoff, Football, Oregon Ducks
Oregon's Royce Freeman doesn't play like a freshman as he's leaned heavily on by the No. 2 team in the nation. Learn all you need to know about Freeman right here.