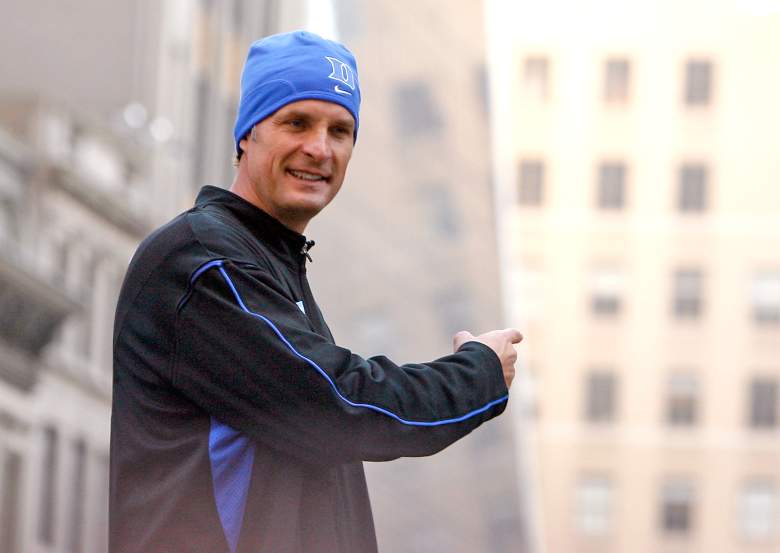 Christian Laettner is one of the greatest college basketball players of all time, was a member of the famed 1992 Dream Team that went to the Olympics, and played for several NBA teams. He is also one of the most reviled players in basketball history.

The subject of the ESPN 30 for 30 documentary “I Hate Christian Laettner,” he is one of the most successful March Madness competitors to ever play in the NCAA Tournament. Currently, Laettner is an assistant coach of the Fort Wayne Mad Ants of the NBA Developmental League and he is also a part-owner of the D.C. United MLS soccer club.

Here’s what you need to know about Laettner:

1. Nobody was Better in the NCAA Tournament 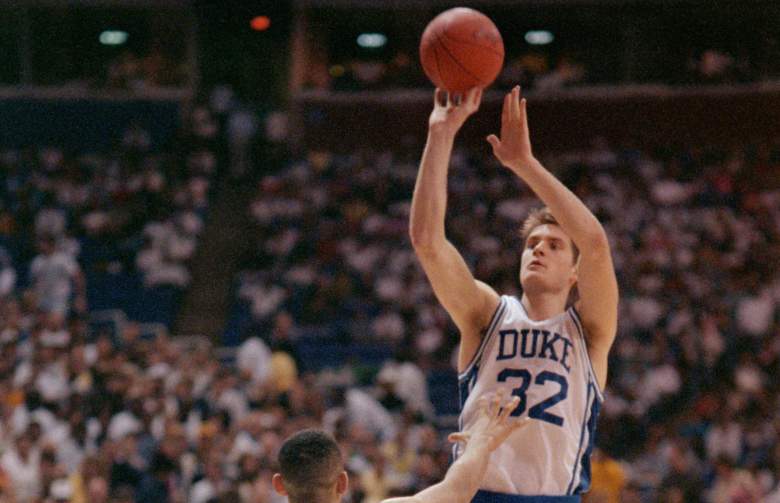 Laettner was inducted to the College Basketball Hall of Fame in 2010, the U.S. Olympic Hall of Fame in 2009 and the Naismith Memorial Basketball Hall of Fame in 2010 but his claim to fame was his excellent career at Duke University in the early 1990s.
Laettner led the Blue Devils to four straight Final Four appearances from 1988-1992. He is one of only four players to play in four Final Fours and the only player to start in all four. He owns the NCAA record for most tournament games played (23) , most points (407), most free throws made (142), most free throw attempts (167).

His most memorable NCAA Tournament moment was in 1992 when he scored a buzzer beater against Kentucky at the Spectrum in Philadelphia. The winning basket came on a full-court inbounds pass from Grant Hill.

2. Laettner Went on to Have a Successful NBA Career 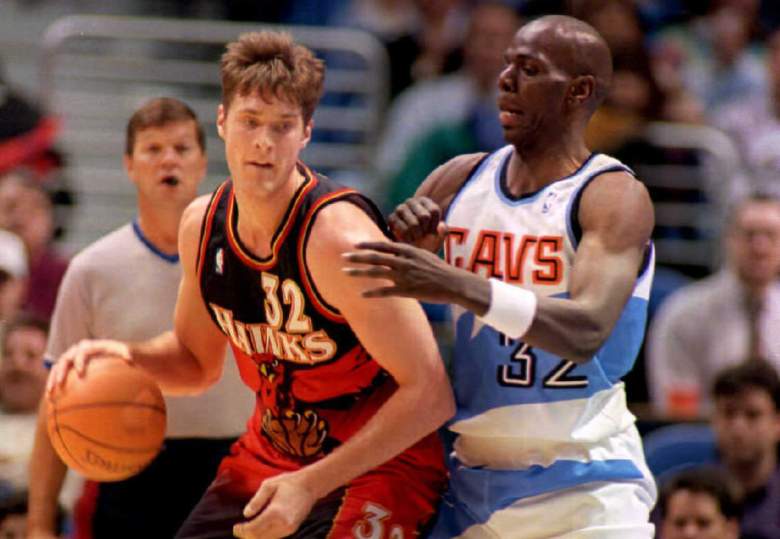 Laettner was drafted No. 3 overall by the Minnesota Timberwolves in the 1992 NBA Draft at the conclusion of his Duke career. Shaquille O’Neal (LSU, Orlando Magic) Alonzo Mourning (Georgetown, Miami Heat) were picked ahead of him. He went on to have a long NBA career and Laettner played for many teams including the Timberwolves, Atlanta Hawks, Detroit Pistons, Dallas Mavericks, Washington Wizards and the Miami Heat, where he, Shaq and Mourning were teammates during the 2004-05 season.
His one season in Miami was Laettener’s last in the NBA. The forward finished his career with 868 games played and 11,121 points scored. In 15 seasons, Laettner averaged 12.8 points and 6.7 rebounds per game.

3. Laettner Was a Member of the Dream Team 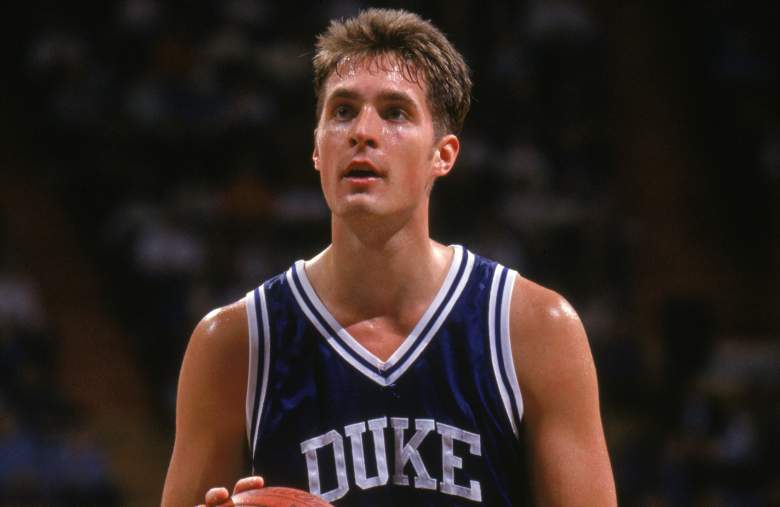 During his basketball career, Laettner was a member of some great teams, but none was better than the 1992 U.S. Olympic Basketball team. Also known as the “Dream Team,” it included all-time greats like Michael Jordan, Larry Bird and Magic Johnson. Some thought Laettner, who was fresh out of college, didn’t belong on the team, but he went to the Summer Games with the team anyway and averaged 4.8 points per game. Laettner was the only amateur to make the team and made it instead of Shaquille O’Neal, who was drafted No. 1 in the 1992 NBA Draft, two spots ahead of Laettner.

The Dream Team went on to win the gold medal and won by an average of 43.8 points per game, an Olympic record.

4. Laettner Was Born in Angola, NY 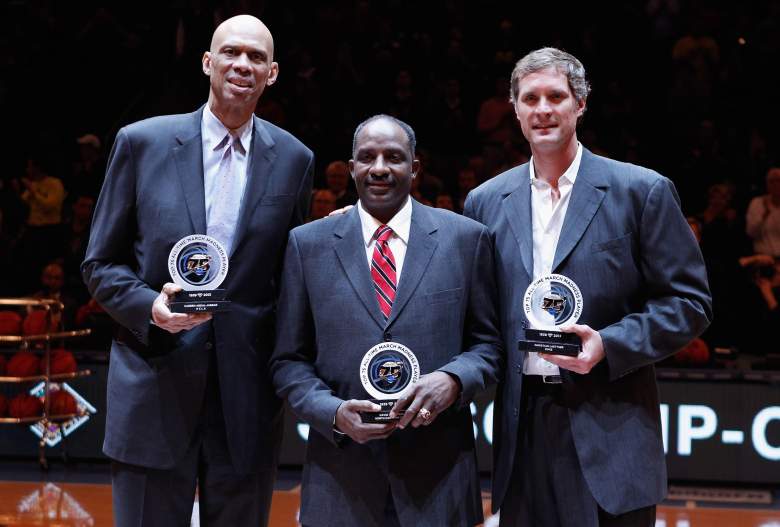 The son of Polish immigrants, Laettner grew up in a home where English was a second language. He got an athletic scholariship to play basketball at the Nichols School, where he set the school record for points scored and led the team to two state titles. To help defray the cost of tuition, Laettner also worked as a janitor because his parents were to poor to afford to send him there. Growing up, Laettner also worked on a farm to supplement his income. 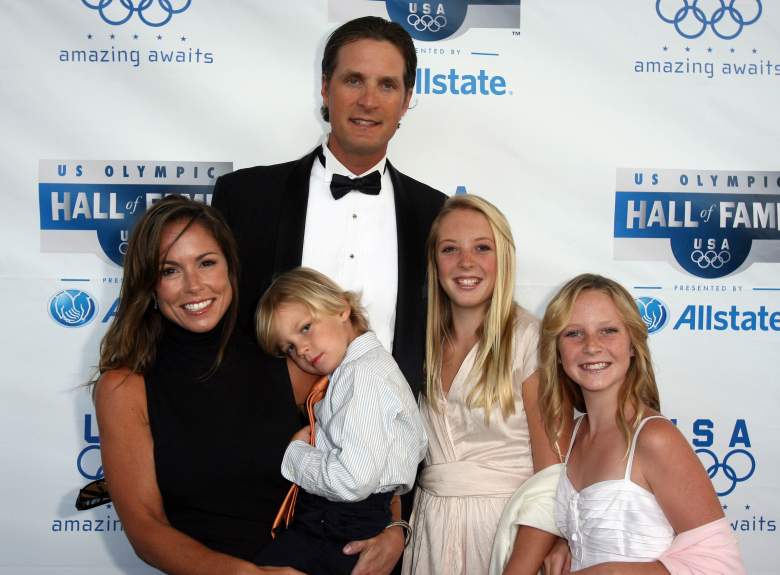 Laettner lives in Ponte Vedra Beach, Florida, with his wife and children. His wife’s name is Lisa and their children are Sophie, Summer and Tor. He is also an entrepreneur and operates the Blue Devil Partners real estate development firm and the Christian Laettner Basketball Academy. He is also heavily involved in philanthropy.