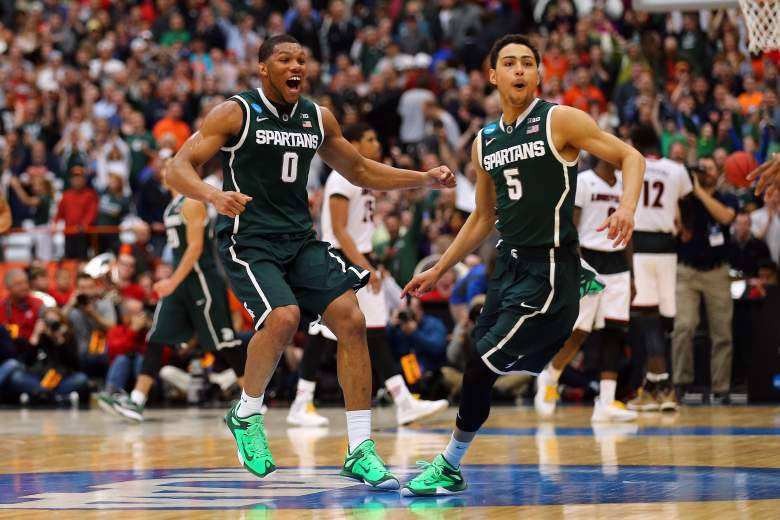 Despite its No. 7 seed Michigan State has rolled into the Final Four where it’ll face Duke. (Getty)

Duke and Michigan State aren’t strangers. In fact, the two have already met once this season.

Back on November 18, the Blue Devils beat the Spartans 81-71 on a neutral site in Indianapolis (not Lucas Oil Stadium like their Final Four contest will be). Duke came into that game as 8.5-point favorites and covered the point spread.

Fast forward about four and a half months. Things have changed since the early season.

And the stakes are quite a bit higher this time around. When Duke and Michigan State meet in Indianapolis on Saturday evening, it’s for a spot in the NCAA Tournament National Championship.

Once again, though, the Blue Devils are favored. The line opened at 4.5 points, but has gone to 5.

Both teams are 4-0 against the spread in the tournament. In their respective regional finals, Duke covered vs. Gonzaga and MSU did the same vs. Louisville.

The below numbers are supplied by sportsbooks monitored by OddsShark.com and are subject to change. We’ll be updating the odds if they change, so keep checking back. 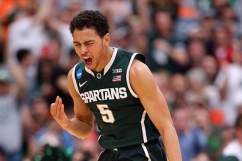 Michigan State is 22-16 ATS, including 4 straight. 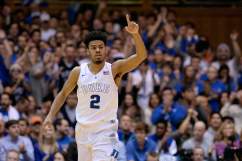 The UNDER has won in 6 straight Duke games and in 8 of the past 9.

The OVER has won in 8 of Michigan State’s past 11 games.