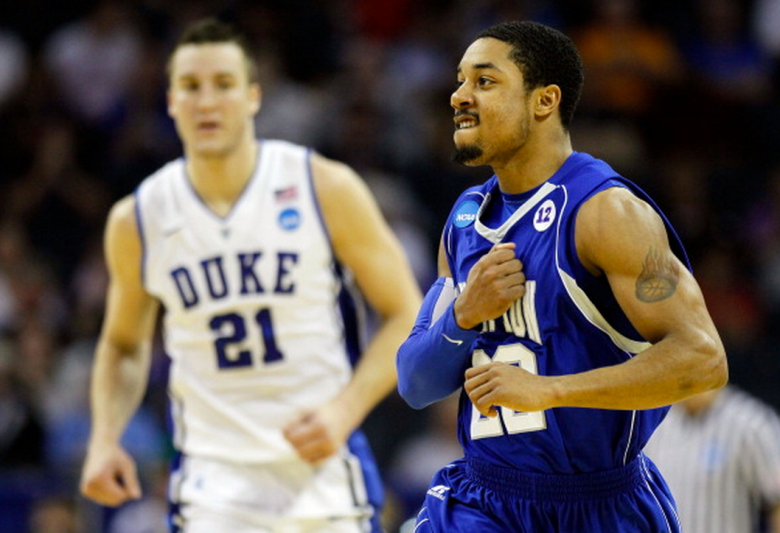 Christopher Tolson #22 of the Hampton Pirates reacts alongside Miles Plumlee #21 of the Duke Blue Devils in the first half during the second round of the 2011 NCAA men’s basketball tournament at Time Warner Cable Arena on March 18, 2011 in Charlotte, North Carolina. (Getty)

Hampton University just might be the biggest underdog of this year’s field of 68. In a battle of the No. 5 seed versus the No. 6 in the Mid-Eastern Athletic Conference, the Pirates proved the number of your seed is just that, a number.

The Pirates are heading into March Madness posting a 16-17 overall and 8-8 MEAC record.

You can meet Hampton here and see their path to the NCAA Tournament in their season schedule.

Here’s what you need to know about Hampton:

1. Hampton Is Just the 9th Team With a Losing Record to Get a NCAA Tournament Berth Since 2000 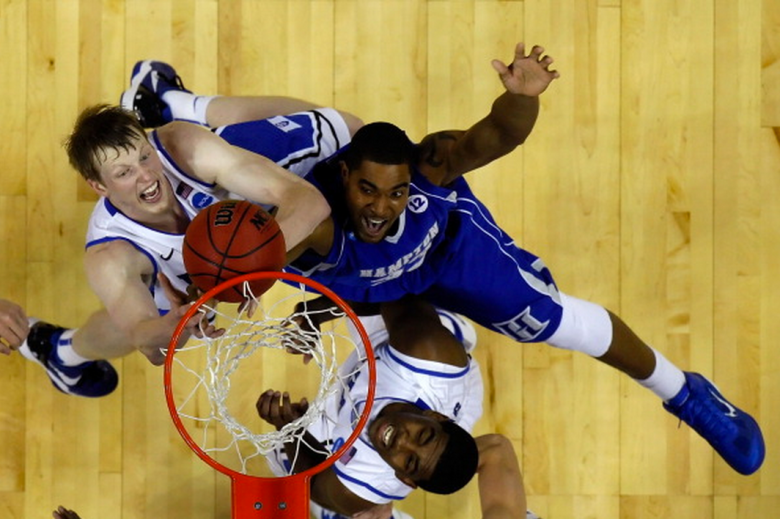 Kyle Singler #12 and Kyrie Irving #1 of the Duke Blue Devils battle Koron Reed #33 of the Hampton Pirates for a rebound during the second round of the 2011 NCAA men’s basketball tournament at Time Warner Cable Arena on March 18, 2011 in Charlotte, North Carolina. (Getty)

A year removed from losing to Penn State in the first round of the CBI, the Pirates did the unexpected – they punched their ticket to the dance with a losing record. At 16-17 overall, Hampton is just the ninth team since 2000 to advance to the NCAA Tournament with a losing record.

The last time the Pirates went dancing was in 2011. They were knocked out in their first round of play by Duke, 87-45. Prior to that, Hampton was also defeated in the first round of the 2006 and 2002 tournaments, but played the role of the spoiler in their first March Madness appearance. In 2001, as the No. 15 seed, the Pirates upset No. 2 seed Iowa State and reminded everyone of why you should never underestimate the underdog.

2. Hampton Started as an NAIA Team 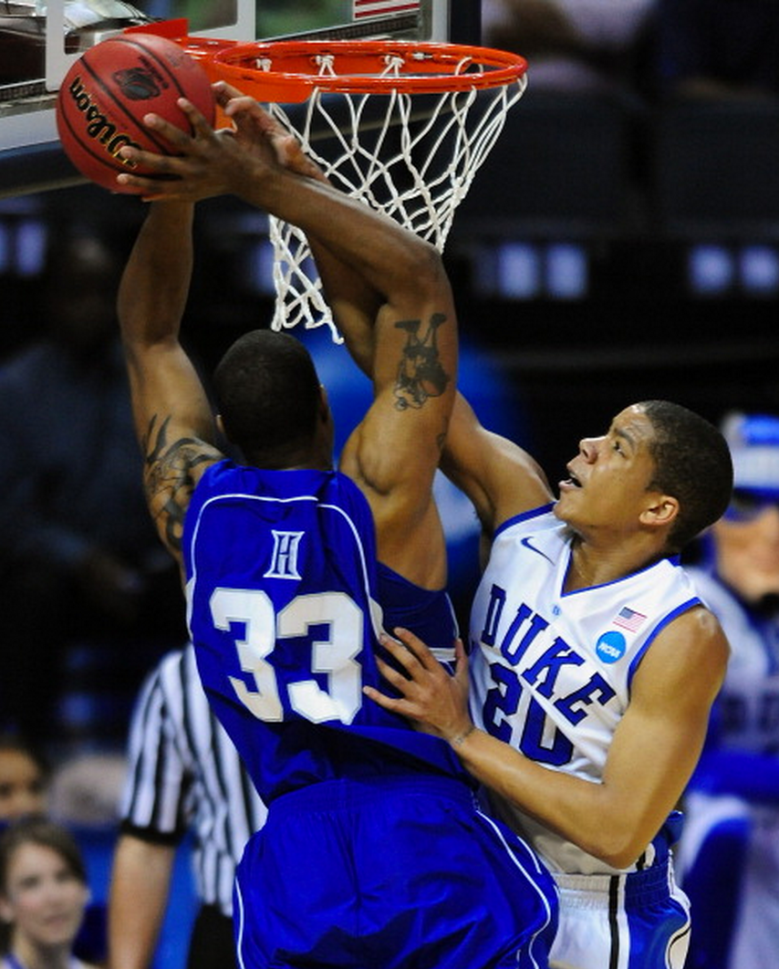 Duke Blue Devils Andre Dawkins (20) goes for a block of Hampton Pirates Koron Reed’s (33) shot on a drive to the basket during first half action Friday, March 18, 2011 at Time Warner Cable Arena in Charlotte, North Carolina for the 2011 NCAA Division I Men’s Basketball Championship. (Getty)

The Pirates started their college career in the NAIA or National Association of Intercollegiate Athletics. During their time in this division of play, Hampton reached three NAIA tournaments. They were knocked out in the first round in 1978 and 1980, but advanced to the semifinals in 1982.

3. Dwight Meikle Leads the Pirates In Scoring and Rebounding

Dwight Meikle is a 6-foot-7 redshirt junior from Baltimore, Maryland. As a guard, Meikle leads Hampton in both scoring and rebounding. He averages 13.0 points and 7.5 boards per game.

4. Edward Joyner Jr. Is In His 6th Season as Head Coach 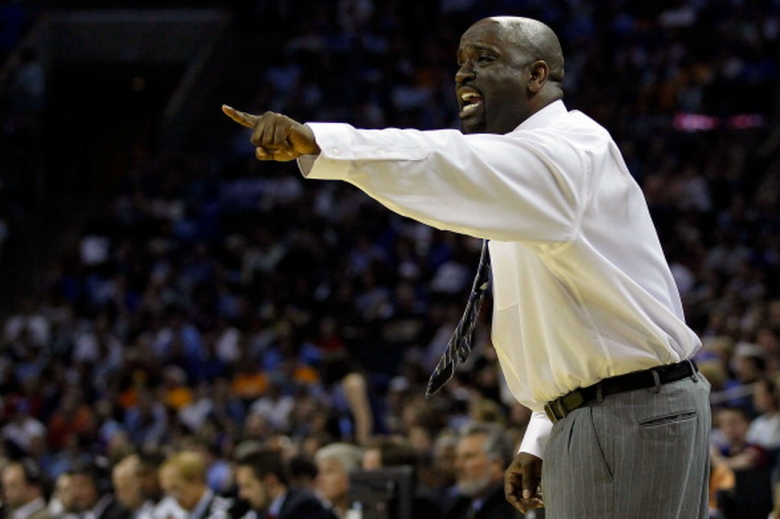 Head coach Edward Joyner Jr. of the Hampton Pirates reacts while taking on the Duke Blue Devils during the second round of the 2011 NCAA men’s basketball tournament at Time Warner Cable Arena on March 18, 2011 in Charlotte, North Carolina. (Getty)

Edward Joyner Jr., 42, is in his ninth year with the Pirates – the last six he has been at the helm.

Joyner Jr. didn’t have to far to start his coaching career following his time playing for Johnson C. Smith University in Charlotte, North Carolina. In fact, he just had to move from the hardwood to the sidelines when he started as an assistant for Johnson C. Smith in 1995.

After 11 seasons with his alma mater, Joyner Jr. moved on to take the assistant coaching position at Hampton. He spent three years as assistant before taking over the program in 2009. Since then, Joyner Jr. has led the Pirates to two MEAC Championships, which equaled automatic bids to the NCAA Tournament, and an overall record 98–95. 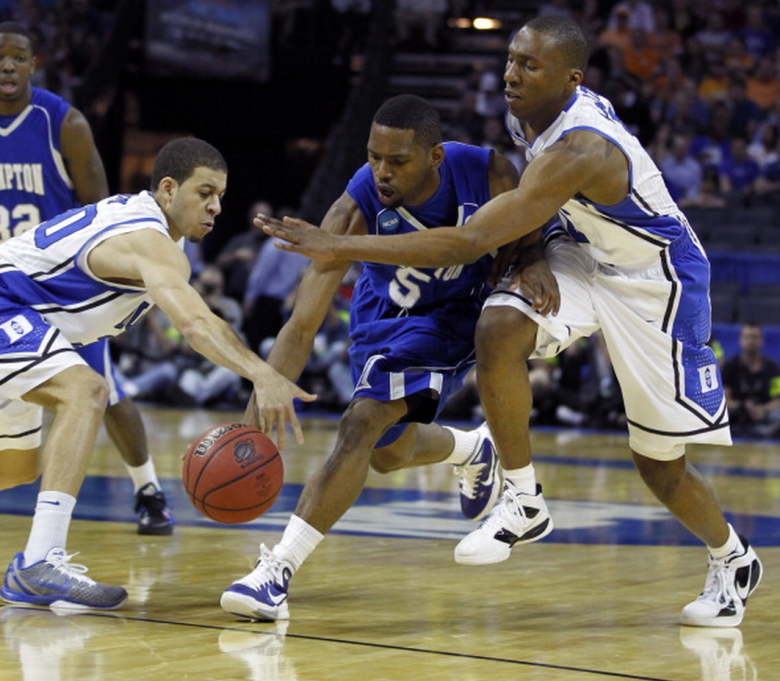 HU is a HBC or historically black college located in Hampton, Virginia, which is along the banks of the Virginia Peninsula, near the mouth of the Chesapeake Bay. It sits just miles from historical sites, the waterfront and beaches and attractions such as Fort Monroe, NASA Langley Research Center and the Virginia Air and Space Center.

Founded in 1868, Hampton has an enrollment of just over 3,500 and offers degrees in business, education and human development, engineering, technology, journalism, communications, liberal arts, nursing, pharmacy and science.