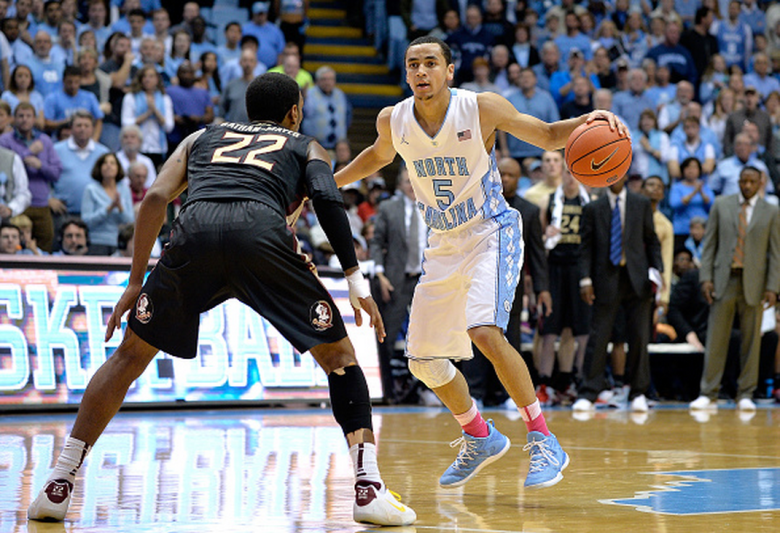 The University of North Carolina put together a season similar to that of last year’s. The Tar Heels received a No. 6 preseason ranking after advancing to the third round of the tournament and finishing the 2013-14 season 24-10 (13-5).

This year, head coach Roy Williams and his squad are entering March Madness with a No. 4 seed in the West region bracket, second in the nation in rebounds (41.0) and assists (17.7) per game and a regular season record of 24-11, 11-7 in the ACC and conference tournament runners-up.

And one player helping to lead the charge is junior Marcus Paige. Here’s what you need to know about the Tar Heels’ No. 5:

Official Highlights | North Carolina Guard Marcus PaigeNorth Carolina's Marcus Paige became a superstar for the Tar Heels this season. Paige doubled his scoring output this season averaging 17.5 ppg and delivered clutch performances night after night. Check out some of his most memorable moments at North Carolina. SUBSCRIBE: bit.ly/Oqg3iE The Atlantic Coast Conference (ACC) is a collegiate athletic conference in the…2014-04-09T00:14:51.000Z

In high school, Paige wasn’t only recruited for his skills on the hardwood, but also for his work in the classroom. At Linn-Mar High School, Paige was a three-year starter on the Lions’ basketball team, held a 4.0 GPA and was a member of the honor roll all four years.

And his strong academic performances have translated to his time at UNC. Last year, Paige was named to the Capital One Academic All-American (CoSIDA) second-team. He’s majoring in journalism and mass communications and has a 3.39 GPA.

2. Paige Ranks in the Top 10 in Four ACC Stat Categories 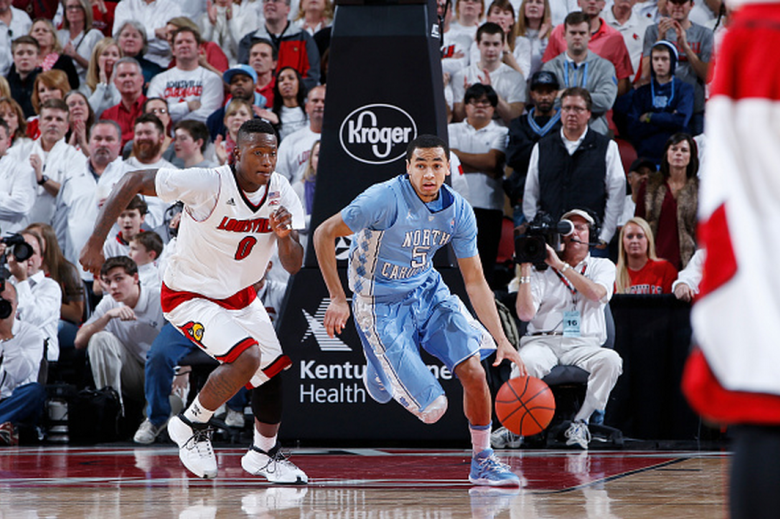 Marcus Paige #5 of the North Carolina Tar Heels brings the ball up court against Terry Rozier #0 of the Louisville Cardinals during the game at KFC Yum! Center on January 31, 2015 in Louisville, Kentucky. Louisville defeated North Carolina 78-68 in overtime. (Getty)

Although the 6-foot-1 guard’s stats are slightly lower than his numbers during last season, Paige still ranks among the top ACC performers in multiple categories.

In the ACC, Paige is ranked fifth in assists and seventh in steals, 3-pointers made and shooting percentage from behind the arc. 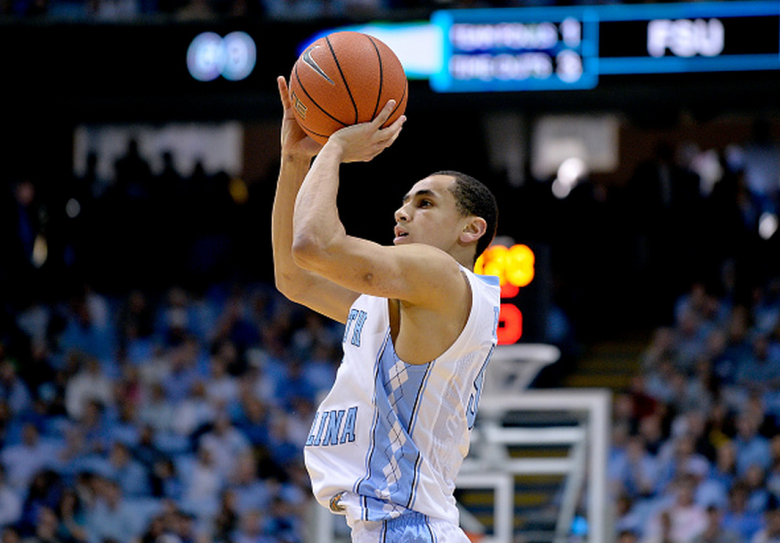 Marcus Paige #5 of the North Carolina Tar Heels takes a three-point shot against the Florida State Seminoles during their game at the Dean Smith Center on January 24, 2015 in Chapel Hill, North Carolina. North Carolina won 78-74. (Getty)

As a three-year starter at Linn-Mar High School, the Marion, Iowa native achieved many accolades during his career with the Lions.

Paige earned both all-state and state tournament honors in all three seasons. In his junior year, he averaged 17.7 points and helped lead the Lions not only to an undefeated season, but also the 2011 4-A state title. As a senior, Paige averaged 28.1 points and led his team to a 20-6 record and another state tournament berth – this one ended at the state semifinals.

Paige scored 46 points in one game and then a personal-best 49 points in one of the state playoff games. He also set the school’s career scoring record, was named as a Parade All-American, played in the 2012 McDonald’s All-Star Game and was invited to play in the Jordan Brand Classic and Nike Hoop Summit. Unfortunately he couldn’t play in the Jordan or Nike games because of a stress fracture in his left foot.

Following his senior season, Paige was named 2012 Mr. Iowa Basketball, was ranked No. 1 in the state, considered the best point guard recruit of his class and was ranked No. 22 in the ESPN Top 100 and No. 34 by Rivals.

Paige received offers from Illinois, Iowa, Minnesota and Virginia, but committed to UNC in January 2011.

4. Paige Is Projected as a Second Round 2015 NBA Draft Pick 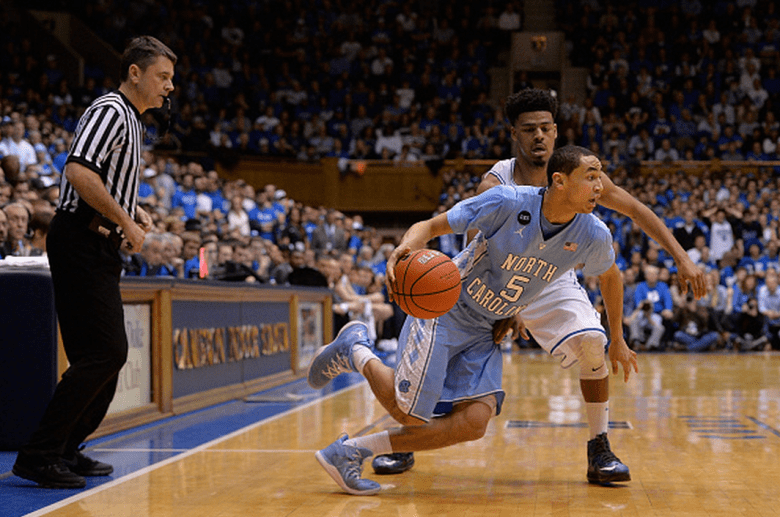 According to DraftExpress, Paige is a potential second round 2015 NBA Draft pick.

He is ranked as No. 15 among NCAA juniors and No. 33 overall. Maryland’s Melo Trimble is ranked right in front of him (No. 33) and St. Joseph’s DeAndre Bembry is ranked behind him (No. 35). 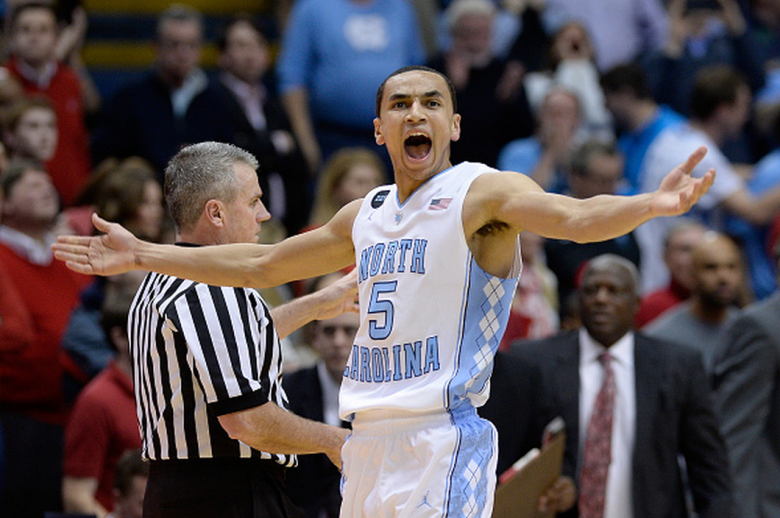 Apparently Paige’s moves aren’t only limited to the hardwood. The guard has drawn a lot of attention with his dancing abilities as well.

Read More
5 Fast Facts, ACC, Basketball, College Basketball, March Madness 2015, UNC
UNC is in pursuit to get past the third round and closer to the national title in the tournament. One key player for the Tar Heels both on and off the court is junior Marcus Paige.