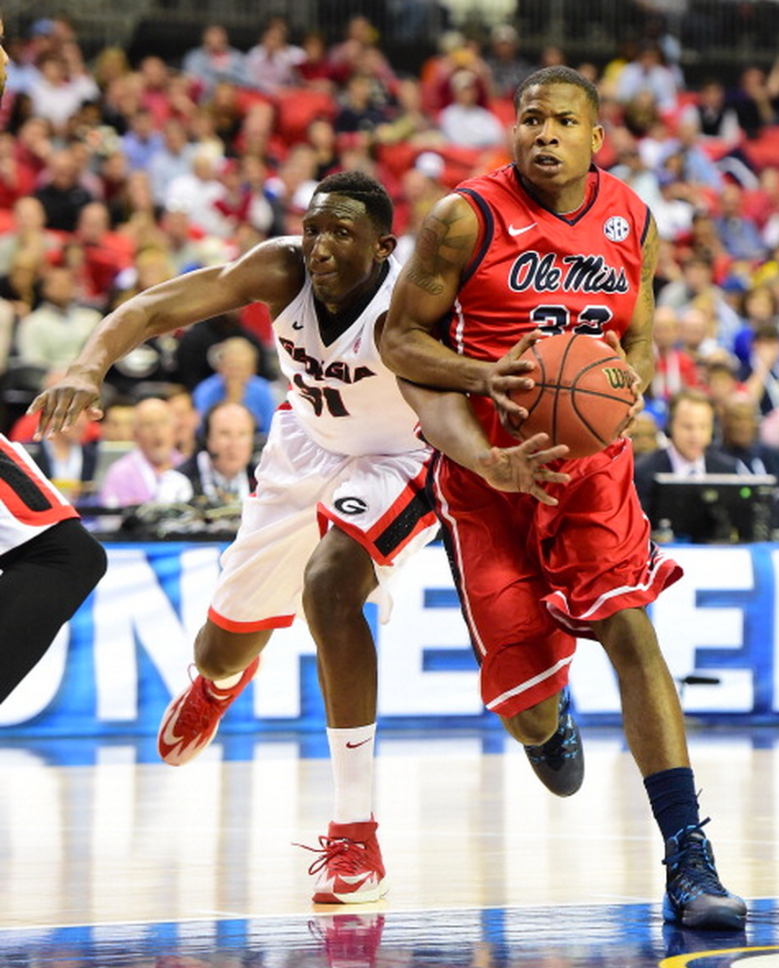 Jarvis Summers #32 of the Ole Miss Rebels drives against Brandon Morris #31 of the Georgia Bulldogs during the quarterfinals of the SEC Men’s Basketball Tournament at the Georgia Dome on March 14, 2014 in Atlanta, Georgia. (Getty)

While Ole Miss didn’t go dancing last year, the Rebels have held strong in a tough conference this year. The Rebels finished 20-12 overall, third in the SEC with an 11-7 record, split a pair of games against Arkansas and took the nation’s top team, Kentucky, into overtime.

Ole Miss earned a bid to the tournament by being chosen by the selection committee and will face BYU in the round of 64.

BYU finished the season 25-9 overall and 13-5 in the West Coast Conference. The Cougars also finished runner-up in the WCC Tournament behind Gonzaga. The Cougars are dancing after receiving some selection committee love and being chosen to go to the dance.