Wolfson was promoted from SEC football games to the NFL in 2014. (Getty)

From the sidelines of March Madness, to interviewing newly-crowned Super Bowl champions, Tracy Wolfson is one of the top sideline reporters in sports. A Michigan grad, Wolfson started doing local broadcasts in New Jersey before getting her big break with CBS. She’s covered the Final Four since 2004, and will cover Super Bowl 50 as part of the CBS broadcast team with Jim Nantz and Phil Simms.

When she’s not on the sidelines, Wolfson is an avid speaker for women in sports, and has worked extensively with numerous charities. She is also the mother of three young boys, and blogs about her experiences juggling the whole thing.

Here’s what you need to know about Wolfson:

1. She Is a University of Michigan Graduate

Wolfson, 40, attended the University of Michigan and graduated with a degree in communications. From there the former Wolverine got her start in television in 1997 as a researcher for CBS Sports. She worked on U.S. Open Tennis, the 1998 Winter Olympics and the 1997 Final Four.

In 2000, Wolfson began her on-air career when she joined the WZBN-TV station in Trenton, New Jersey as a sports anchor, reporter and producer. In addition, she worked for Oxygen Sports, News-12 Long Island and Long Island News Tonight, which is a local Long Island college-run news station. Wolfson also worked as an anchor and reporter for the Madison Square Garden Network and for ESPN from 2002-03 as host and reporter covering U.S. Open Golf, College Football and Arena Football.

Then in 2004, she joined CBS and has worked as the lead college football sideline reporter on a broadcast team that is considered one of the best in college football nationwide. In her role, Wolfson patrols the sidelines, giving updates on player injuries and interviewing coaches at the end of each half.

Wolfson is also a reporter for college basketball, auto racing, skiing, ice skating, gymnastics, tennis, rodeo and track and field. When she's not on the sidelines, Wolfson is an anchor on the CBS Sportsdesk and hosted "At the Half".

Since joining CBS in 2004, she has covered all the U.S. Opens and the Final Four. Wolfson is also NBA postseason sideline reporting for TNT and has served as a NFL contributing reporter on CBS by filing reports on the Super Bowl and sideline reporting for preseason games with Greg Gumbel and Dan Dierdorf or Ian Eagle and Phil Simms. Following her help with the 2013 Super Bowl and other NFL coverage, it was announced in May 2014 that Wolfson would join the team of Jim Nantz and Phil Simms for the premier NFL games on CBS. 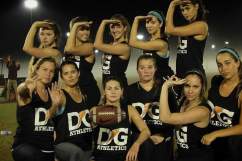 2. Wolfson Appears on the Only All-Female Sports Show “We Need to Talk”

Instead of having a tradition host, the show is designed to have one of the reporters with hosting experience, such as Wolfson, to bring the show in and out of commercial breaks but is geared towards open discussions and interviews. It featured male guests including athletes, coaches and sports executives, and also other female reporters and television personalities from CBS and other networks.

The show currently airs on the CBS Sports Network.

Andrea Kremer, who works for HBO Sports and NFL Network and is one of the reporters on the show, told SI.com:

I wanted to do the show because it’s historic, and kudos to CBS for the decision to move forward with this idea that so many of us have harbored for years. We’ve always had these conversations about sports — it’s nothing new to us. The public just gets to hear it for the first time.

3. Wolfson Is Involved With Several Charities 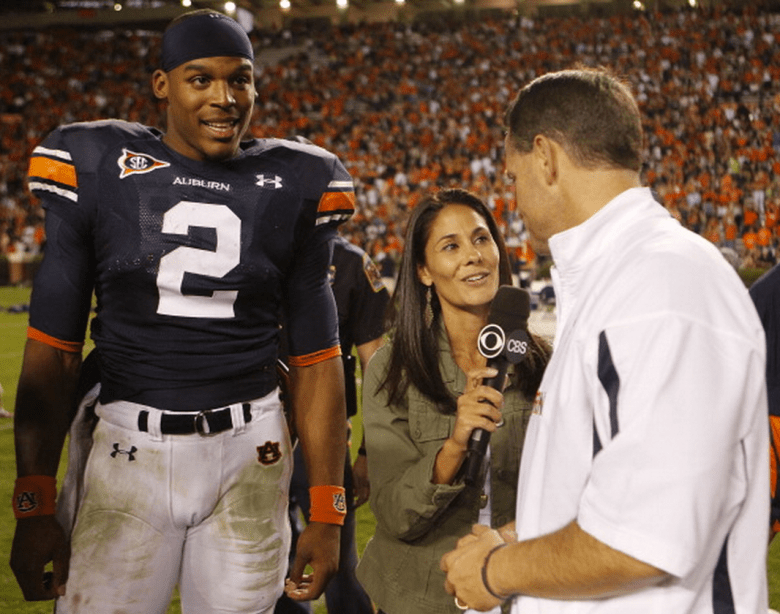 Wolfson got her start as a researcher for CBS Sports in 1997. (Getty)

The Emmy nominated sports broadcaster is also involved with several charities. Wolfson has hosted events and helped to fundraise with Englewood Hospital in New Jersey, the March of Dimes and the Ryan Seacrest Foundation.

Wolfson also works with NFL Play 60, the Foundation of Diabetes Research and is a committee member for the JCC on the Palisades.

4. Wolfson Has a Personal Blog

As if being a sports reporter, anchor, host, mother and wife isn’t exhausting and time consuming in itself, Wolfson also has a personal blog.

Wolfson gives her take on what it’s like to spend a day and work in her shoes. She writes about her experiences with everything from college basketball to the NFL, CBS, TNT and Turner.

She tends to write and publish her blogs when she’s working – August through December and again in March for the NCAA Tournament.

5. Wolfson Is Married and Has Three Sons 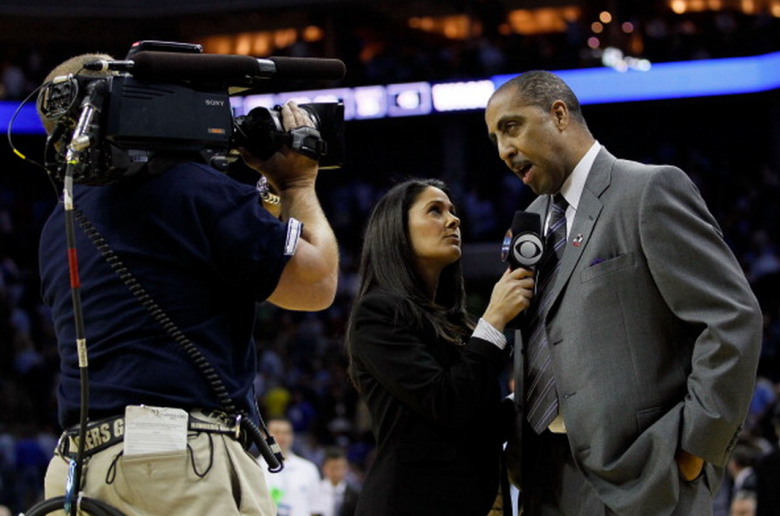 Wolfson married David Reichel on New Year’s Eve in 2012. Like Wolfson, Reichel was also a Michigan graduate and grew up an athlete, according to PlayerWags.com.

The two Wolverines live in New Jersey with their three sons. Wolfson even dedicated a blog segment titled “Stories of a Sideline Mom”. In it she talks about what it’s life juggling your dream career while raising three boys all under the age of eight.