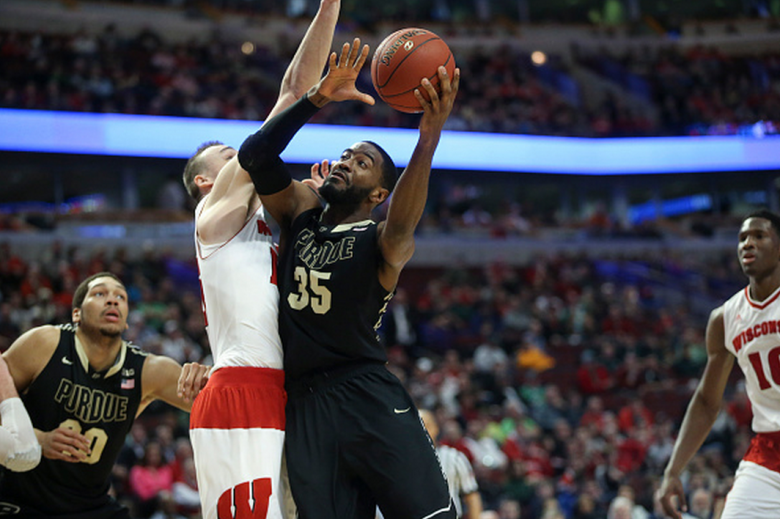 Purdue’s Rapheal Davis (35) puts up a shot against Wisconsin’s Sam Dekker during the first half in the semfinals of the Big Ten Tournament at the United Center in Chicago on Saturday, March 14, 2015. Wisconsin advanced, 71-51. (Getty)

The round of 64 in the March Madness 2015 Tournament kicks off Thursday, March 19 in various arenas across the nation. It’s 32 games in 48 hours and when it’s all said and done the field of 64 will be cut in half. One of the evening games for the Midwest bracket is No. 8 Cincinnati vs. No. 9 Purdue.

The Bearcats finished with an overall record of 22-10 and were fourth in the American Athletic Conference with a 13-5 mark. Last year, Cincinnati earned a bid to the dance as the No. 5 seed, however they were upset in the round of 64 by Harvard, 61-57. So a year removed from that early dismissal, Cincinnati Head Coach Mick Cronin, who is in his ninth season with the Bearcats, is looking to lead his squad past the round of 64 and have a chance in the round of 32.

Cincinnati is up against Purdue, who finished out the season with a 21-12 overall mark and 12-6 in the Big Ten. It’s been three years since the Boilermakers went dancing. They made it past the round of 64 before losing to Kansas in the third round, 63-60. And after the three-year NCAA Tournament hiatus, Matt Painter, who is in his 10th season at the helm, is ready to get dancing again.

The game starts at 7:10 p.m. Eastern and will be covered by CBS. The announcers for the game will be Verne Lundquist, Jim Spanarkel and Allie LaForce.

The winner between Cincinnati and Purdue will move on to face the winner of the No. 1 Kentucky vs. No. 16 Hampton. That game will take place on Saturday, March 21.

But before that happens, here’s how to watch Cincinnati vs. Purdue online and on mobile: 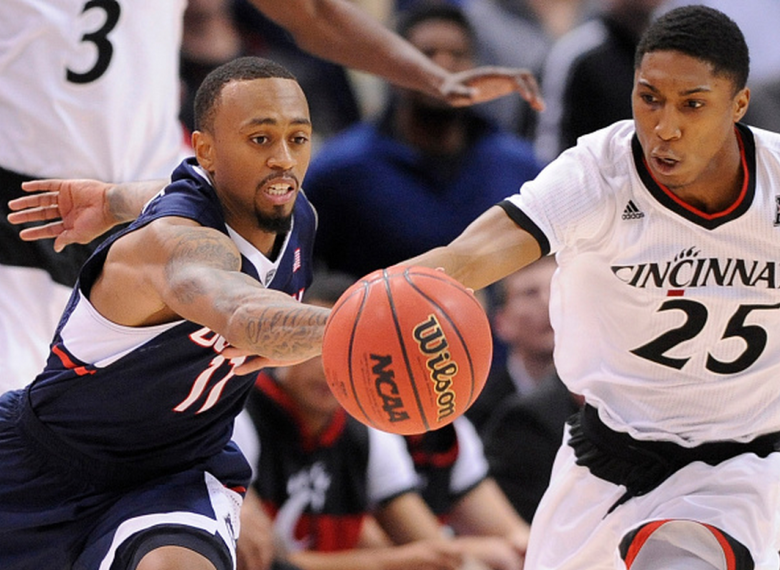 Connecticut’s Ryan Boatright (11) challenges Cincinnati’s Kevin Johnson (25) for a loose ball in the quarterfinals of the AAC Tournament at XL Center in Hartford, Conn., on Friday, March 13, 2014. UConn advanced, 57-54. (Getty) 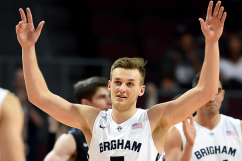