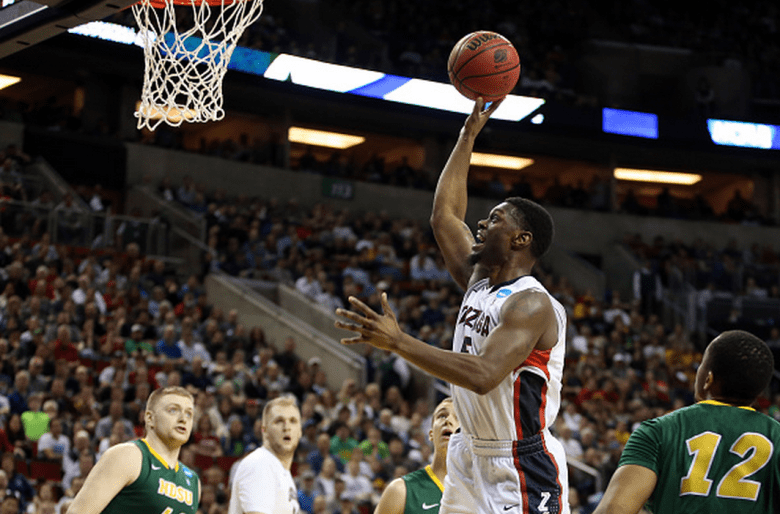 Gary Bell Jr. #5 of the Gonzaga Bulldogs shoots the ball against the North Dakota State Bison in the second half of the game during the second round of the 2015 NCAA Men’s Basketball Tournament at KeyArena on March 20, 2015 in Seattle, Washington. (Getty)

After two days of madness – literally – the round of 32 kicked off Saturday, March 21 in various arenas nationwide. The first eight teams going to the Sweet 16 have punched their tickets and by the end of the day, the other eight will be decided. The evening game in the South is No. 2 Gonzaga vs. No. 7 Iowa.

The Zags punched their ticket to the dance with an automatic bid for winning the West Coast Conference tournament. The Bulldogs opened up NCAA Tournament play with a win over No. 15 North Dakota State in the round of 64. Gonzaga posts a 33-2 (17-1) record and will matchup against Iowa in the round of 32.

Although Iowa was a middle-of-the-pack team in the Big Ten for most of the season, the Hawkeyes still managed to finish 21-11 overall and 12-6 in the Big Ten. The Hawkeyes scored a ticket to the Big Dance by getting a selection committee bid. Iowa opened up play against No. 10 Davidson and had no issues securing the win to move to the round of 32 as the Hawkeyes routed the Wildcats, 83-52.

The game starts at 7:10 p.m. Eastern and will be covered by TBS. The announcers for the game will be Spero Dedes, Mike Gminski and Jaime Maggio.

The winner between Gonzaga and Iowa will move on to play No. 11 UCLA in the Sweet 16. That game will take place on Thursday, March 26.

But before that happens, here’s how to watch Gonzaga vs. Iowa online and on mobile: 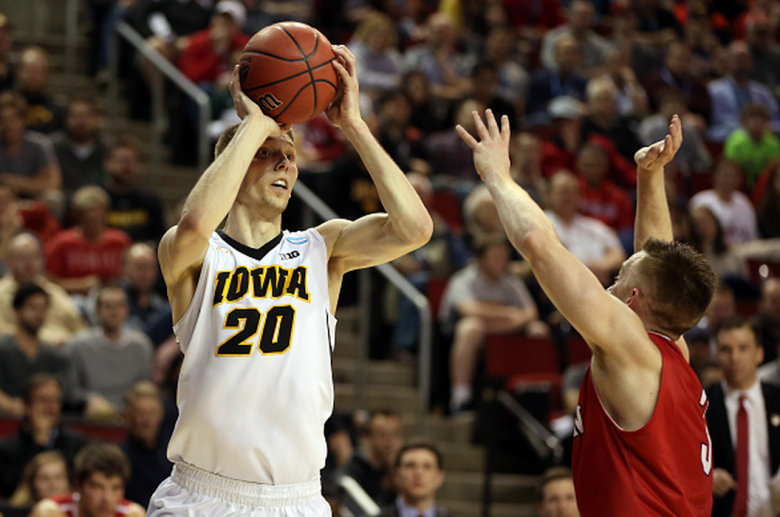 Jarrod Uthoff #20 of the Iowa Hawkeyes shoots the ball against Brian Sullivan #3 of the Davidson Wildcats during the second round of the 2015 NCAA Men’s Basketball Tournament at KeyArena on March 20, 2015 in Seattle, Washington. (Getty) 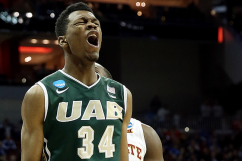 How to Watch UCLA vs. UAB Live Stream Online

Read More
Basketball, College Basketball, March Madness 2015
The round of 32 in the NCAA Tournament continues March 22. Find out how to watch South matchup No. 2 Gonzaga vs. No. 7 Iowa online and mobile here.