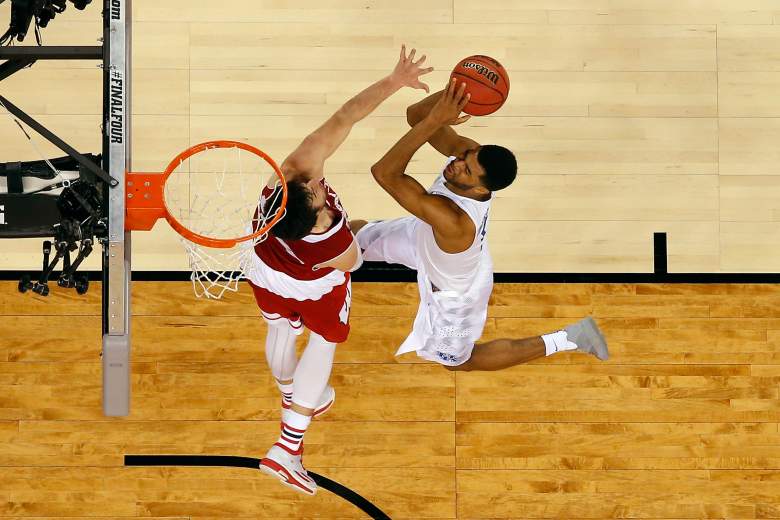 Andrew Harrison was understandably frustrated late Saturday night following Kentucky’s upset loss to Wisconsin in the Final Four. The sophomore guard has been part of two Kentucky teams, and both have come just short of the ultimate prize, losing to UConn in the title game last year and seeing its hopes of an unbeaten season go up in smoke Saturday against the Badgers.

But Harrison may regret letting his frustration spill over in one instance: The Kentucky star, apparently unaware of just how powerful the mic in front of him was, muttered a slur about Wisconsin star Frank Kaminsky during the postgame press conference that the mic picked up.

When a reporter asked the Wildcats’ Karl-Anthony Towns a question about the challenge of squaring off against Kaminsky, Harrison muttered under his breath something that sounded to most observers like “F*** that n***a.” Harrison has since apologized for the incident.

You can watch the clip here. Discretion is advised.

In the multiple-tweet apology, Harrison explained how he displayed poor judgment, and acknowledged that he had extended sportsmanship to Kaminsky during the game:

First i want to apologize for my poor choice of words used in jest towards a player I respect and know.

We had a good conversation and I wished him good luck in the championship game Monday.

There was a reason Kaminsky got under the Wildcats skin: The consensus national player of the year had 20 points and 11 rebounds Saturday, leading Wisconsin to its first title game appearance since 1941.

Kaminsky responded to the comments by answering reporters on Sunday afternoon and played off the incident as something that wasnt particuarly a big deal:

“He reached out to me, we talked about it, [I’m] over it. Nothing needs to be made out of it.”

Andrew and his brother Aaron are still likely to declare for the 2015 NBA Draft. This incident should not affect Andrew from being drafted in June. 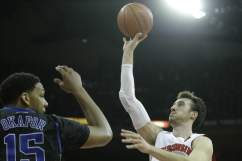