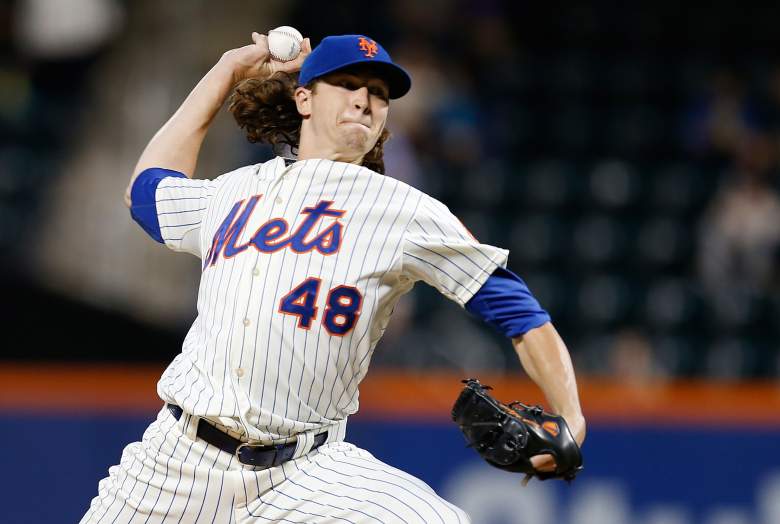 Going into the 2014 season, when asked about the New York Mets’ plethora of young pitching, names like Zack Wheeler and Noah Syndergaard were brought up frequently as the ones that could make an impact. But at the end of the season, it was May callup Jacob deGrom that had rocketed to the front of the Mets rotation, having won two NL Rookie of the Month awards. The Mets are considered more of a threat this year than in the past few years, thanks to a talented rotation. With Wheeler being out for the season, deGrom’s development is a crucial component to any success the Mets have this year. If Jacob deGrom matches his phenomenal rookie year, or more incredibly surpasses it, the Mets could be in a prime position for a playoff spot. Not bad for a player people weren’t talking about just one year ago.

Here’s what you need to know about Jacob deGrom:

1. He’s the Reigning NL Rookie of the Year 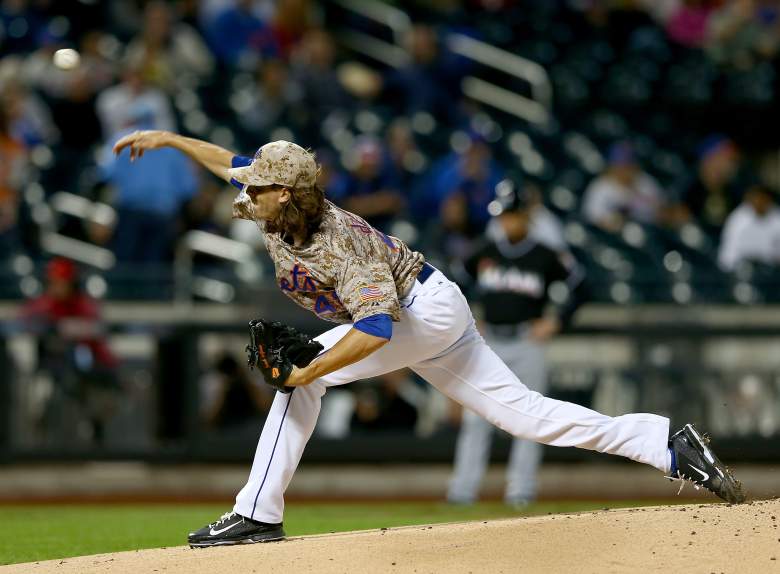 Injuries in the starting rotation got deGrom called up to make his first start in May, against the New York Yankees. He proceeded to give up just one run in seven innings, striking out six. He greatly impressed the coaching staff and the fans, and what could have been just a spot start turned into a permanent slot in the rotation for the season. deGrom continued to amaze fans and improve throughout the season, winning the NL Rookie of the Month award in both July and September. At season’s end, deGrom had finished with a 9-6 record, a fantastic 2.69 ERA, and 144 strikeouts in 140 innings. His reward for such a stellar year was the 2014 NL Rookie of the Year award, garnering 26 of a possible 30 first-place votes.

2. He Struck Out the First 8 Batters in a Game Last September

On September 15, 2014, deGrom took the mound at Citifield to face the Miami Marlins. To say he was good would be to dramatically underrate what he did that night. He struck out 13 in seven innings, a feat that would have been phenomenal by itself. But Jacob deGrom tied a major league record by striking out the first eight batters that night. Only one other pitcher in history had struck out the first eight batters in a game – Houston’s Jim Deshaies in 1986. The Mets fans in the crowd got louder with each impending strikeout, before opposing pitcher Jarred Cosart singled and ended the streak. C’est la vie.

3. He Was a Shortstop in College 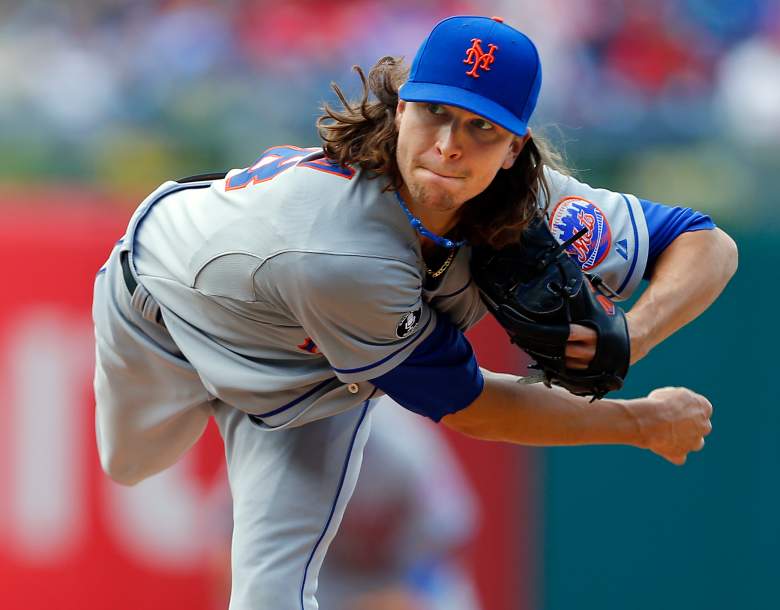 The Mets always saw a great pitcher in deGrom – even when he wasn’t a pitcher! Jacob deGrom started his tenure at Stetson University as a shortstop, hitting .263. But when Mets scouts saw him, they saw an athlete who’s skills could translate to pitching. According to Mets scout Steve Nichols:

“He could catch it and throw it pretty good, but the way his arm worked and his throwing motion, it was conducive that if this guy put on a little weight and stuck to pitching…,”

4. He’s making Under $1 Million This Season 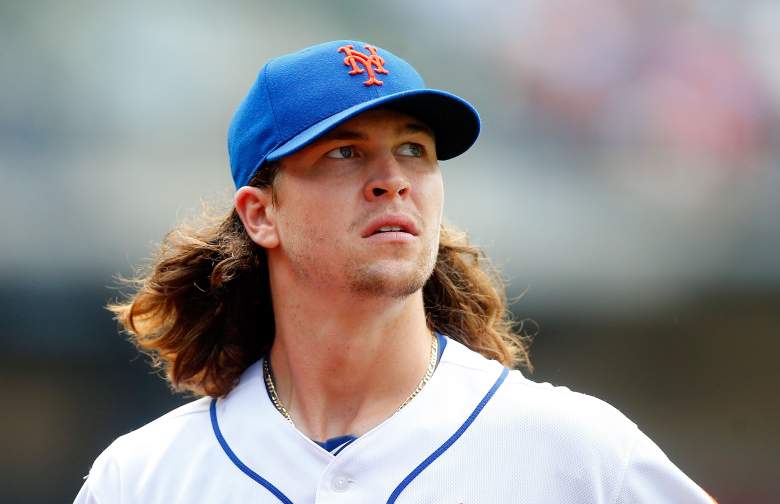 deGrom won’t be eligible for arbitration until 2018. As such, coming into just his second year in the league he’s not able to make much more than the major league minimum salary allowed. deGrom is set to make $556,875 this season. But if his next few seasons are even remotely close to his rookie year, expect a big arbitration year for deGrom in 2018. 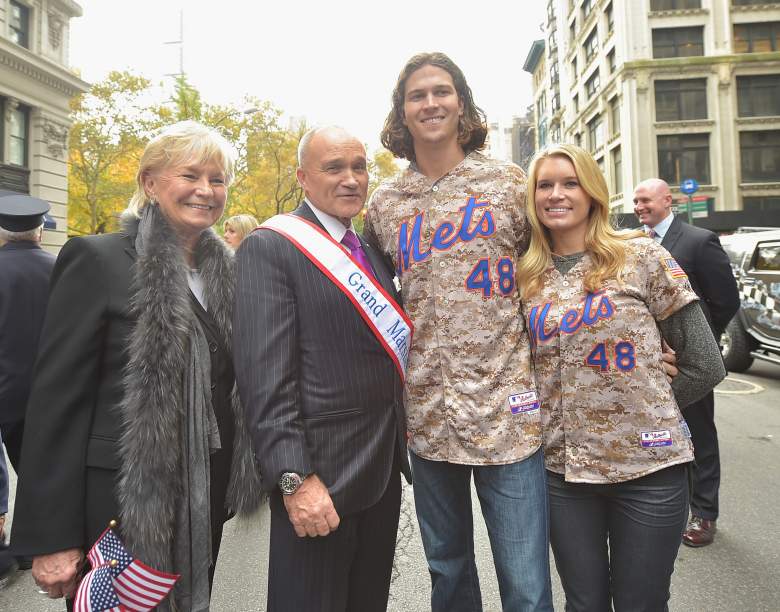 A fantastic rookie season wasn’t the only big deal for Jacob deGrom last year. On November 8th, he got married to Stacey Harris. Not a lot is known about Harris and the couple’s history, but sources do say “the two first met just before Jacob began taking classes at Stetson in fall 2007.” 2014 was a big year for deGrom in several fans. Mets fans are hoping 2015 is an even bigger year.